The Porsche 911 Is Going Hybrid

Along with every other car Porsche makes. 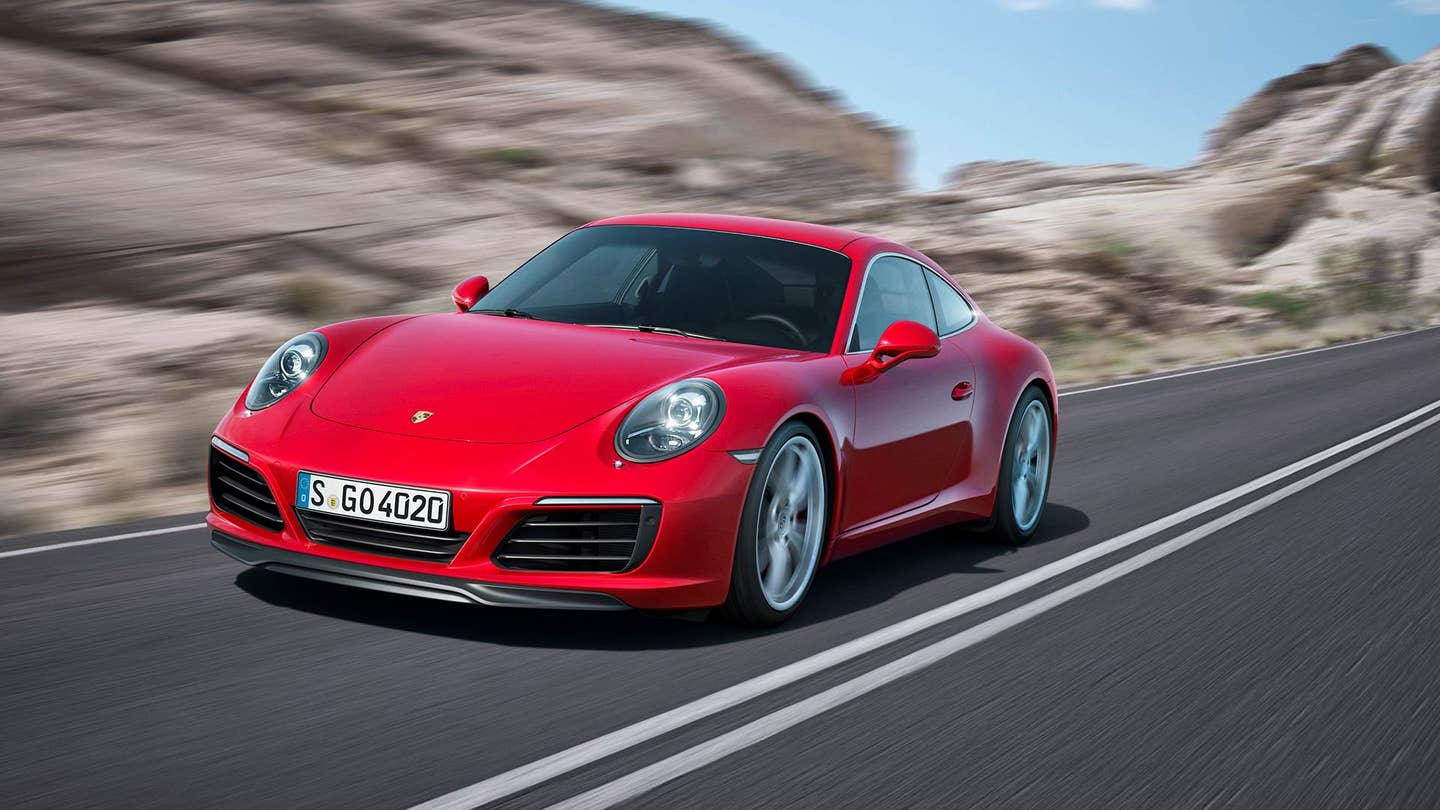 Brace yourselves, Porsche purists: This might make you lose your balance for a moment. Executives at the heralded German sports car firm have announced their intention to build a hybrid version of the venerable 911—and it’ll be coming sooner than you might think.

“Next in line [for hybridization] is the sports car, the 911,” Lutz Meschke, CFO of Porsche, said in a video posted to the company's Twitter account, edited down from a retrospective about the company’s past fiscal year. “And after this, of course, we will have the fully electric drive Mission E.”

Which gives us a pretty good timeline as to when we’ll see hybrid 911s silently slinking around. Porsche announced in February that the Mission E would reach production by decade's end. So to fulfill that timeline, a gas-electric version of the 911 would need to hit the streets in the next few years.

That means a hybrid 911 could be based on either the current 991.2-generation 911 platform, or possibly the next-generation 992 version. Traditionally speaking, each generation of 911 lasts for seven or eight years, with a mid-cycle refresh coming about halfway through. With the 991 platform debuting in late 2011 and its mid-life facelift coming last year, the next generation is likely to arrive somewhere around 2019—which would be roughly the latest a hybrid 911 could drop and still beat the Mission E out of the gates. But according to Dr. Erhard Mossle, head honcho of 911 engineering, hybridizing a compact sports car isn’t as easy as cramming some batteries under the floorboard.

“We are discussing plug-in solutions for the 911, but there are a lot of things to solve with packaging in the car and other things to solve,” he said at this year's Detroit Auto Show. “It will maybe be in the next generation, yes.”

While it wasn’t explicitly stated in the video, the Porsche tweet stated the company will eventually offer a hybrid version of every model they sell, not just the 911. So don’t be shocked to see plug-in 718s and Macans alongside hybrid 911s by the early 2020s.