This Net-Firing Bazooka Can Bring Down Drones Easy As Pie

It’s still not as badass as a drone-fighting eagle. But it’s close. 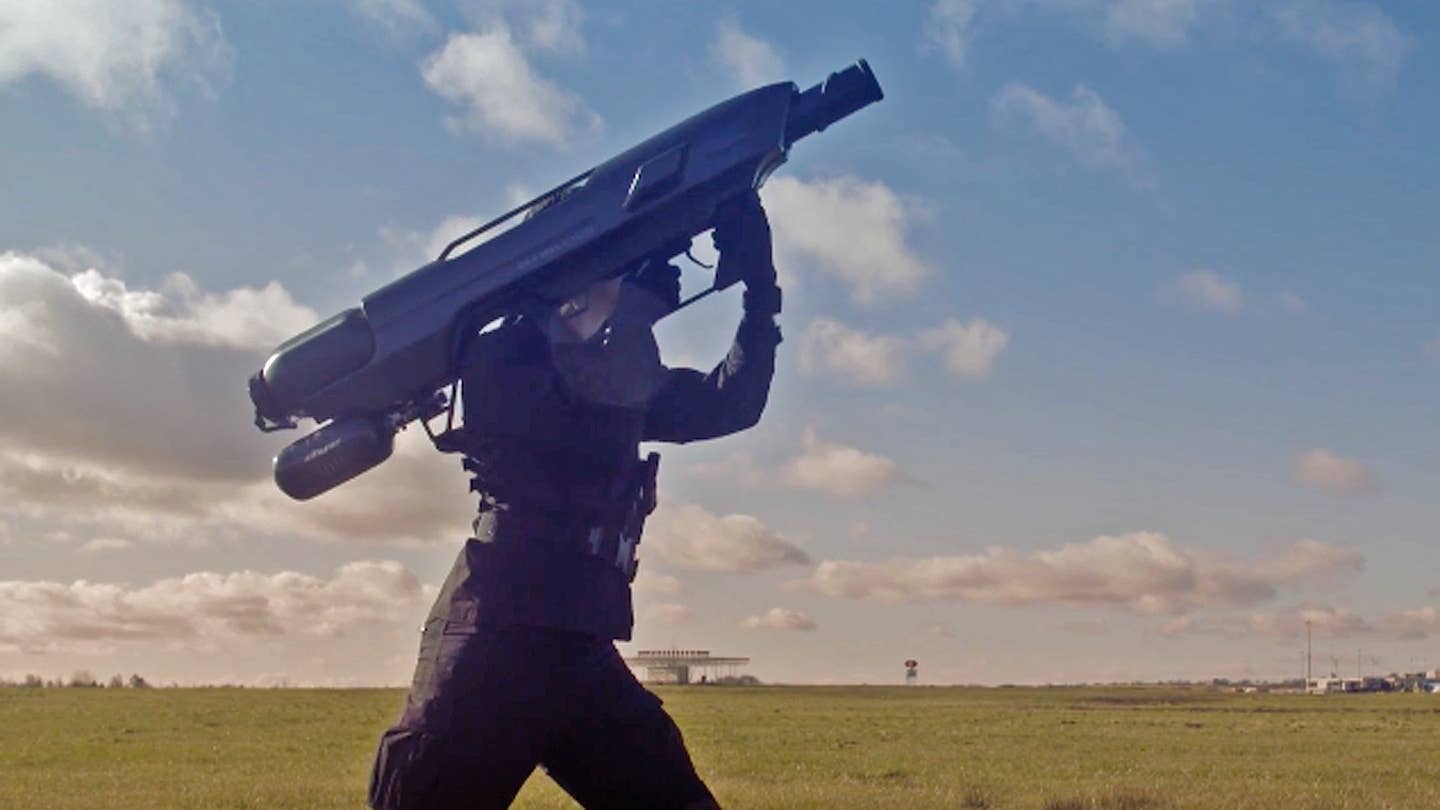 There are plenty of ways to keep quadcopters and other small drones from getting all up in your business. There's the Kentucky Method, which involves a 12-gauge, a couple shells of birdshot, and, most likely, a lengthy legal battle. There's the Drone Defender, which uses radio waves to softly bring the drone down, but requires owning a rifle with multiple Picatinny rails. There's Dutch Style, which requires owning a trained bird of prey and has the potential to piss off a lot of ornithologists. (Good thing or bad thing? Your call.) Now there's a new addition to the list: the Bazooka Net Method.

So, yeah, it's exactly what it sounds like. The SkyWall 100, created by OpenWorks Engineering of Great Britain, is designed to ensnare drones using a net fired from a shoulder-mounted launcher. SkyWall's intelligent aiming system locks onto the drone and determines the ideal trajectory to hit it. Once it has a good lock, the user fires, launching a guided canister on an intercept course. The canister pops open and releases a net that wraps up the drone; a parachute deploys to lower the drone gently to Earth for confiscation. Bing-bang-boom, no more drone problem.

The compressed air-powered SkyWall can theoretically bag drones as far as 100 meters away, and in the event of a miss it can be reloaded in as little as eight seconds. OpenWorks hasn't mentioned pricing yet, but they have said that initial units are expected to go on sale by the end of this year. And you can bet your ass we're gonna try to get our hands on one.