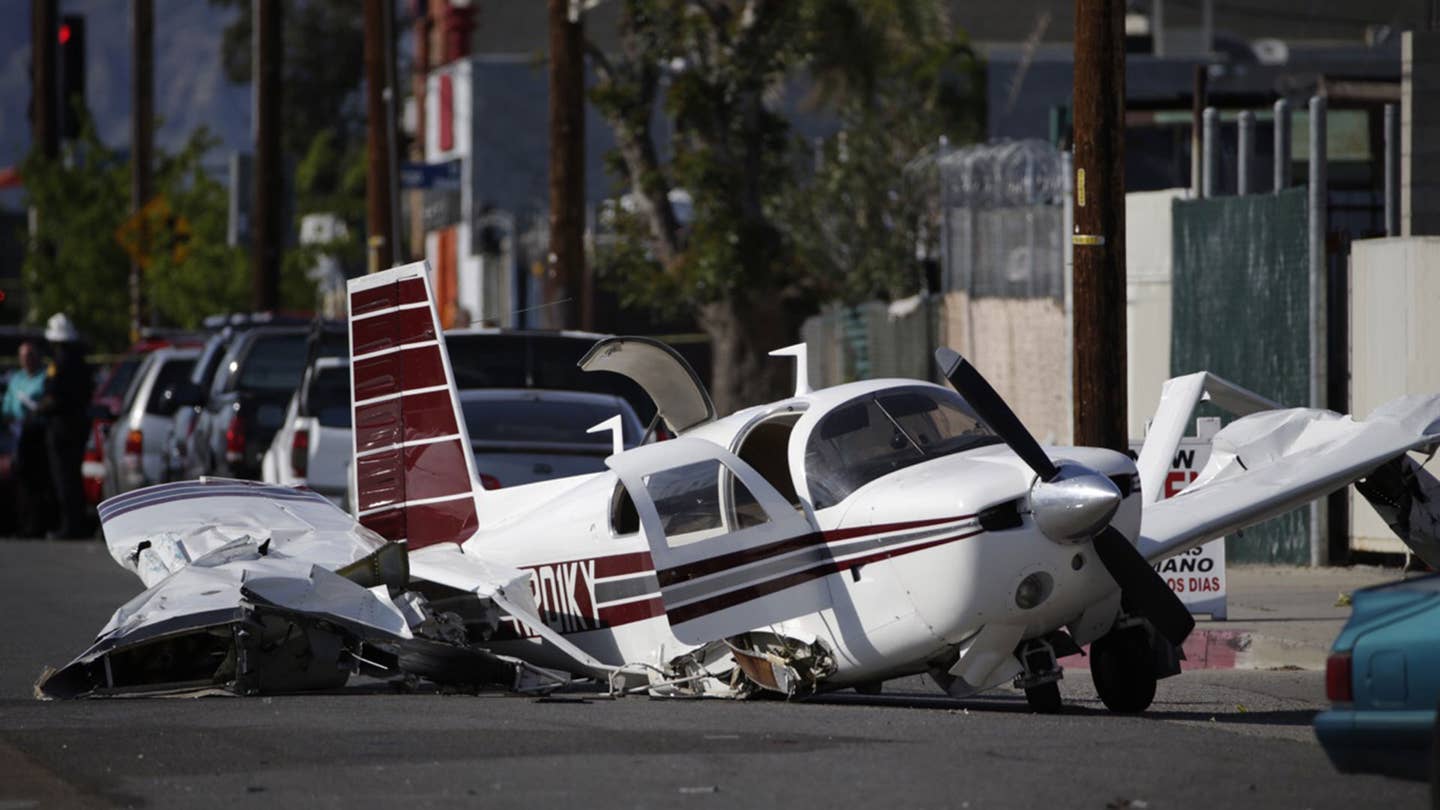 In one of those moments that no amount of defensive driving tests can prepare you for, a driver in Pacoima, California found himself unexpectedly sideswiped by a single-engined propeller plane when it crashed onto the street on February 22.

Remarkably, no one was injured in the crash, although five cars and the plane were banged up. The plane, identified by CNN as a Mooney M20J from Oregon, came down not far outside Whiteman Airport; passers-by claimed they heard the plane’s engine struggling as it descended, suggesting that it may have suffered engine failure.

“He did a great job,” witness and KTLA pilot Tim Lynn told CNN, referring to the pilot’s controlled crash landing in the intersection. Lynn said he saw the plane dodge trees and houses as it came down, before finally landing on the wide roadway. “I give him a lot of credit for what he did here. He picked the best spot he could [have] possibly picked.”

This isn’t the first plane crash in the area’s history. Last January, another single-engined plane crashed on a roadway outside nearby Van Nuys Airport, killing the sole occupant. And back in 1957, a Douglas DC-7B collided with a USAF Northrop F-89B Scorpion in the skies over Pacoima, sending the burning carcass of the DC-7 into the Pacoima Junior High School playground; seven people were killed and 75 more injured.

(Strange historical trivia: It was that very plane crash that gave Richie Valens, a student at Pacoima Junior High at the time, his fear of flying. Valens, of course, overcame his fear to pursue his musical career...only to die in a plane crash alongside Buddy Holly and the Big Bopper in 1959.)

In light of that, the loss of one (non-Paul) Mooney doesn’t seem so bad. Still, it kind of hurts to watch this footage. It’s a pretty plane.