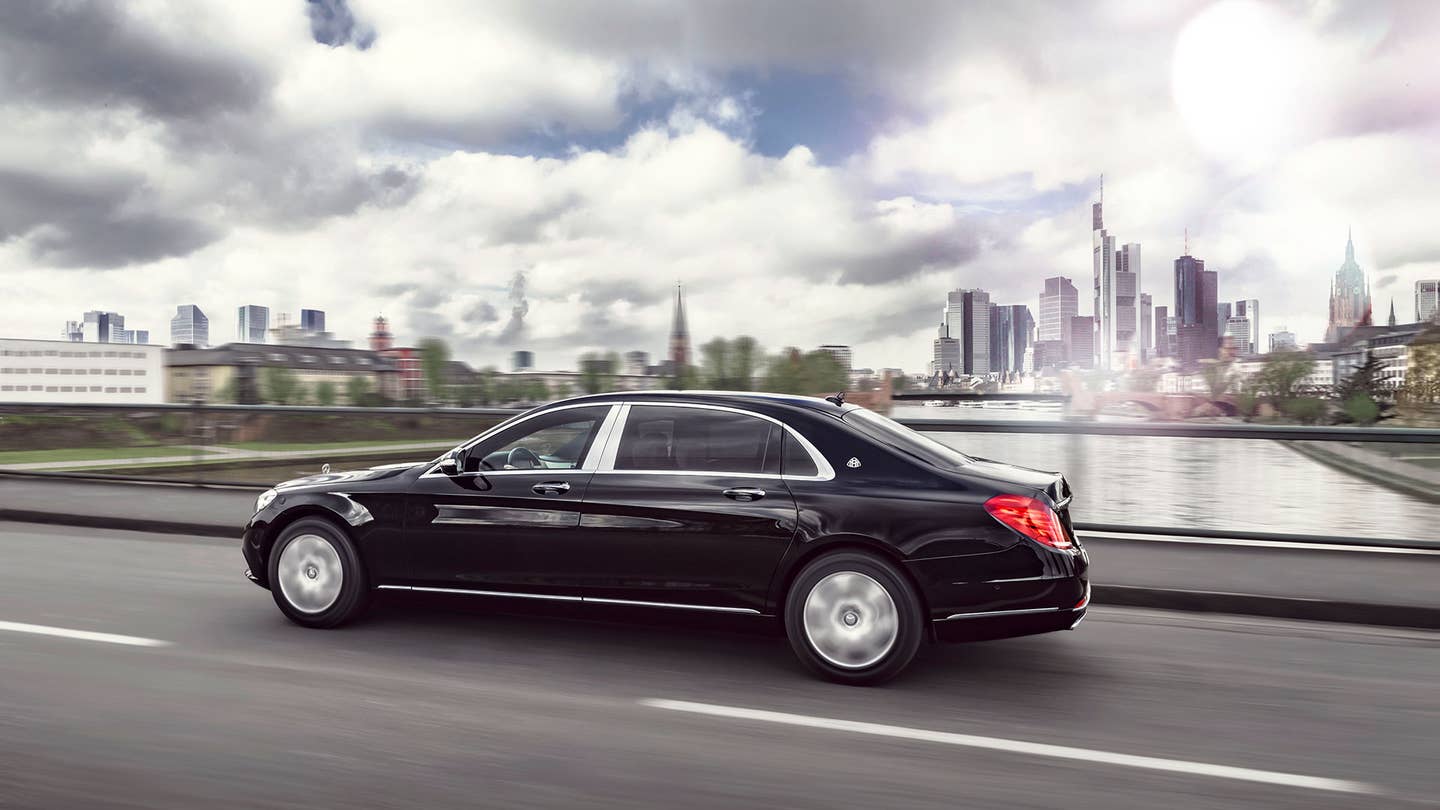 With the arrival of the new Mercedes-Maybach S600 Guard, Mercedes-Benz now offers political figures, wealthy families, and other highly kidnappable individuals the maximum amount of mobile protection that civilian money can buy short of constructing personal Iron Man suits in their garages.

At a glance, the Maybach Guard (as we’re calling it for simplicity’s sake) looks pretty much identical to the regular Mercedes-Maybach S600. It’s a little longer than the regular long-wheelbase S-Class, though not as enormous as the cruise ship-sized S600 Pullman. Mercedes didn’t specify what sort of engine is sitting under the hood, but even with a few thousand pounds of heavy armor melded into the car, the “base” Maybach’s 523 horsepower, 6.0 liter twin-turbo V12 should provide enough thrust to hurl the Maybach Guard past any would-be marauders.

But sometimes even the best ex-Special Forces driver can’t keep you from being pinned down. That’s when the Maybach Guard’s true trump card comes into play: VR10 ballistic protection armor, the highest level available outside of the military. To achieve that essentially bulletproof level of protection, Mercedes adds in protective elements early in the car’s production; while M-B is understandably cagey about details regarding the Guard’s defensive hardware, the company does tell us that the car’s undercarriage is armored and that steel panels and other high-strength materials are added in empty spaces throughout the body. What’s more, the windows are so heavily secured that they no longer even open—just like on Obama’s Beast.

Piece of mind that even bullets can’t pierce doesn’t come cheap—the Mercedes-Maybach S600 Guard starts at €470,000, or about $518,000—but if you have the type of money that comes with death threats, it’s worth it. Besides, the Maybach Guard’s VR10 status means it can keep occupants safe against just about every type of soft core bullet, as well as armor-piercing rounds from everything up to a mid-sized sniper rifle. That means:

A 5.56mm M4 carbine, with or without bacon-wrapped suppressor? Easy-peasy.

An M14 battle rifle? Inside the Maybach Guard, it might as well be a fireworks show.