The old-timer gets new life with a 6.2-liter heart transplant. 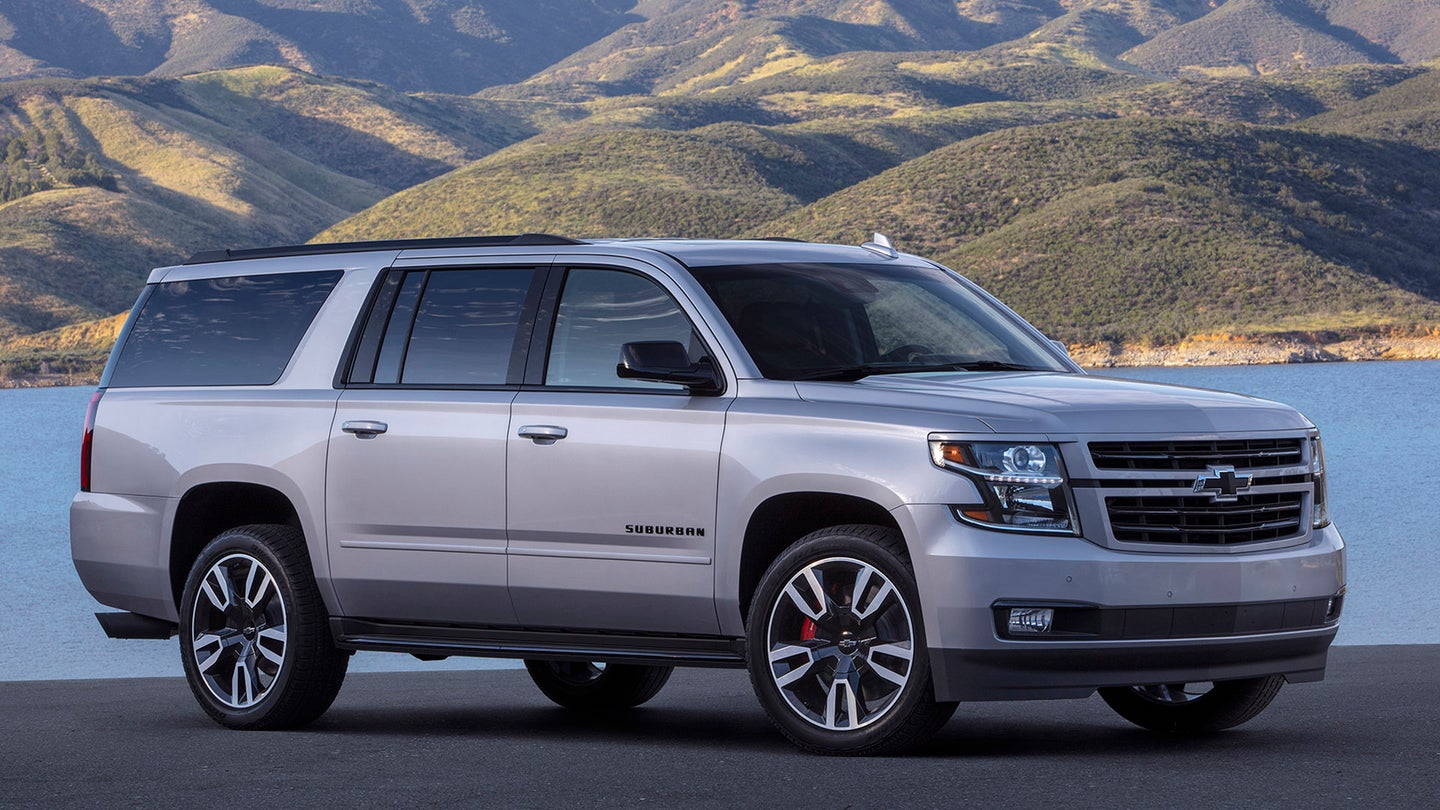 In this age of performance crossovers, where everyone from Ford to Ferrari has a high-horsepower family hauler in the works, it only makes sense that the old guard of SUVs would get a zippy makeover too. After holding out for far too long, General Motors has finally announced plans for a hi-po package on the 2019 Chevrolet Suburban.

The Suburban RST Performance Package sees Chevrolet drop a 6.2-liter V8 under the hood that puts out 420 horsepower and 460 pound-feet of torque, which is connected to GM's new 10-speed automatic transmission. It's the same drivetrain found in the GMC Yukon Denali and the Chevy Tahoe RST, and it's a proven combination that should make the old-timer a lot more interesting to drive.

We're pretty big fans of the Suburban overall—everyone loves riding around in a giganto truck—but in our road test last year, we found its acceleration lacking and its six-speed transmission dated for efficient highway cruising. The new powertrain will likely fix a lot of that, while a side-exit Borla exhaust system, Magnetic Ride Control suspension, and available six-piston Brembo brakes up front round out the upgrades.

The whole thing looks the part of a performance SUV, at least as much as a 19-foot-long truck can. There's a lot of blacked-out badging and trim details, and the body rides on 22-inch wheels wrapped in low-profile Bridgestone tires.

Performance SUVs tend to raise a lot of eyebrows, and whether or not it can cash those checks it's writing remains to be seen. GM's Magnetic Ride Control system, where metal particles in the shock fluid are zapped with electricity to change the damping on the fly, will increase ride quality dramatically, but there's only so much it can do with nearly 6,000 pounds of truck being hustled through the turns. Still, we found similarly-equipped Tahoe RST to be a fun if expensive time during our review earlier this year.

That Tahoe cost nearly $80,000 with all the boxes ticked, and though Chevrolet hasn't released any pricing details on the Suburban RST Performance Package, expect it to run along a similar scale.