How F-15s Will Be Protecting the Super Bowl

Eagles will be circling the skies, eyes peeled and weapons ready. 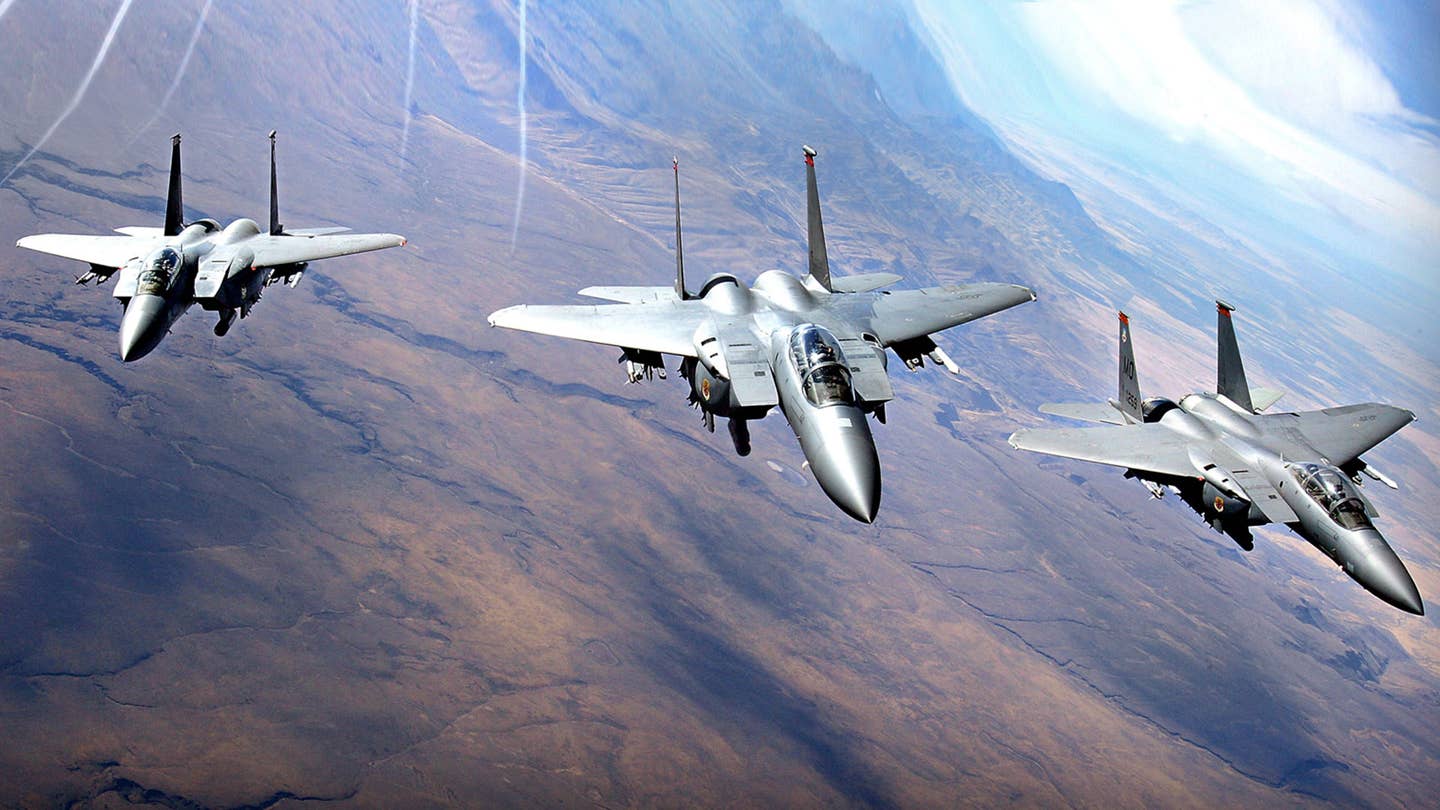 With Super Bowl 50 kicking off in Santa Clara, California, this Sunday, the Air Force is prepping to keep the skies above safe and clear. To that end, a flight of F-15 Eagles will be circling the skies, eyes peeled and weapons ready to protect the game much like their avian namesakes keep Dutch skies clear of unmanned quadcopters.

Here’s the thing, though: The F-15 is a high-speed interceptor was designed during the Cold War to catch Soviet aircraft at speeds north of 1,600 miles per hour. The Air Force isn’t concerned about Mach 3-capable MiG-25s penetrating the 10-mile security bubble around Levi’s Stadium; they’re worried about prop-powered nutcases flying Cessnas.

So how does the Air Force make sure their supersonic fighters can properly intercept slow-moving civilian aircraft? Same way they’d get to Carnegie Hall: Practice.

Enter the Civilian Air Patrol—or CAP, as the non-military, federally-funded volunteer auxiliary air force is colloquially known. Last week, CAP’s California Wing spent a day in their Cessna 182s helping the California Air National Guard’s F-15s practice low-speed interceptions in advance of the Super Bowl. As the video below makes clear, the F-15 can barely keep from dropping out of the sky when it tries to match the Cessna’s speed; what it doesn’t make clear is that there’s a second fighter behind the prop plane, ready to (theoretically) blow it out of the sky if it doesn’t follow orders. (Another practice session is planned for the skies above Oakland this week, so keep your heads up, Raiders fans.)

Any civilian pilots who happen to stray inside the, ahem, danger zone around the Super Bowl should already have an idea what to do should they see a fighter jet off their flank. Over the past 15 years, fighter intercepts of civilian aircraft have become frequent enough that the FAA released a cheat sheet for private pilots on how to handle the situation. (TL;DR, wag your wings and follow the fighter.)