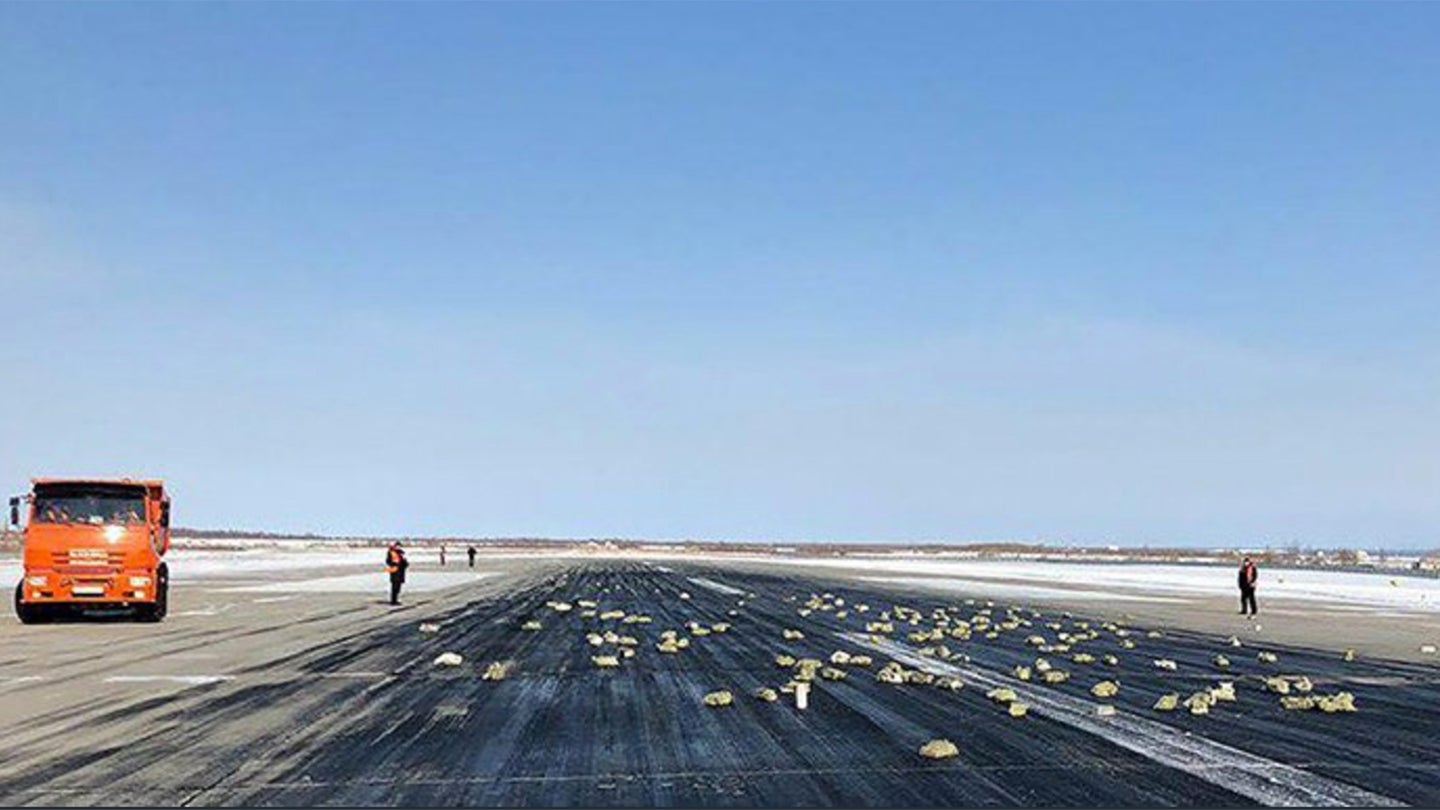 A Russian plane carrying hundreds of millions of dollars in gold and silver bars inadvertently shared the wealth on Thursday when its cargo door broke open upon takeoff, scattering 3.4 tons of the precious metals across the runway and surrounding area, The Guardian reports.

According to investigators, the cargo door of the old Antonov An-12 turboprop failed when the improperly-secured payload shifted during takeoff at an airport in the Siberian city of Yakutsk and wound up pressing against the hatch. As the plane gained altitude, the door sprang open and released the treasure—the news of which spread on social media and prompted people to start combing nearby fields in search of loot.

Authorities told The Guardian that the doré bars—a gold and silver alloy used to transport the valuable metals from a mine to a refinery for processing—mainly landed on the runway, and that airport officials had recovered all of the fallen cargo, which was estimated to be worth at least $150 million. Videos posted by locals tell a different story, though, with at least one bar being plucked out of a roadside snowbank near the airport.

Photos from the scene show small bags scattered around the runway like presents just waiting to be opened. A close-up of the missing cargo hatch shows the door took some of the plane's surrounding skin with it when it departed, but the An-12 was able to land safely. We're wondering if the pilot wanted to just fly off into the taiga and disappear at that point, though.

The gold reportedly came from the Kupol mine in the distant Chukotka Autonomous Region at the very eastern edge of Russia. It's run by Canadian company Kinross Gold, which might think twice about flying its spoils on 45-year-old Soviet cargo planes from now on.

The twin engine plane came down short of the runway as it made to land at the Kremlin’s Khmeimim Air Base in the country.