To celebrate its upcoming 25th anniversary, Koenigsegg is centering its display at the Geneva Motor Show on heritage. 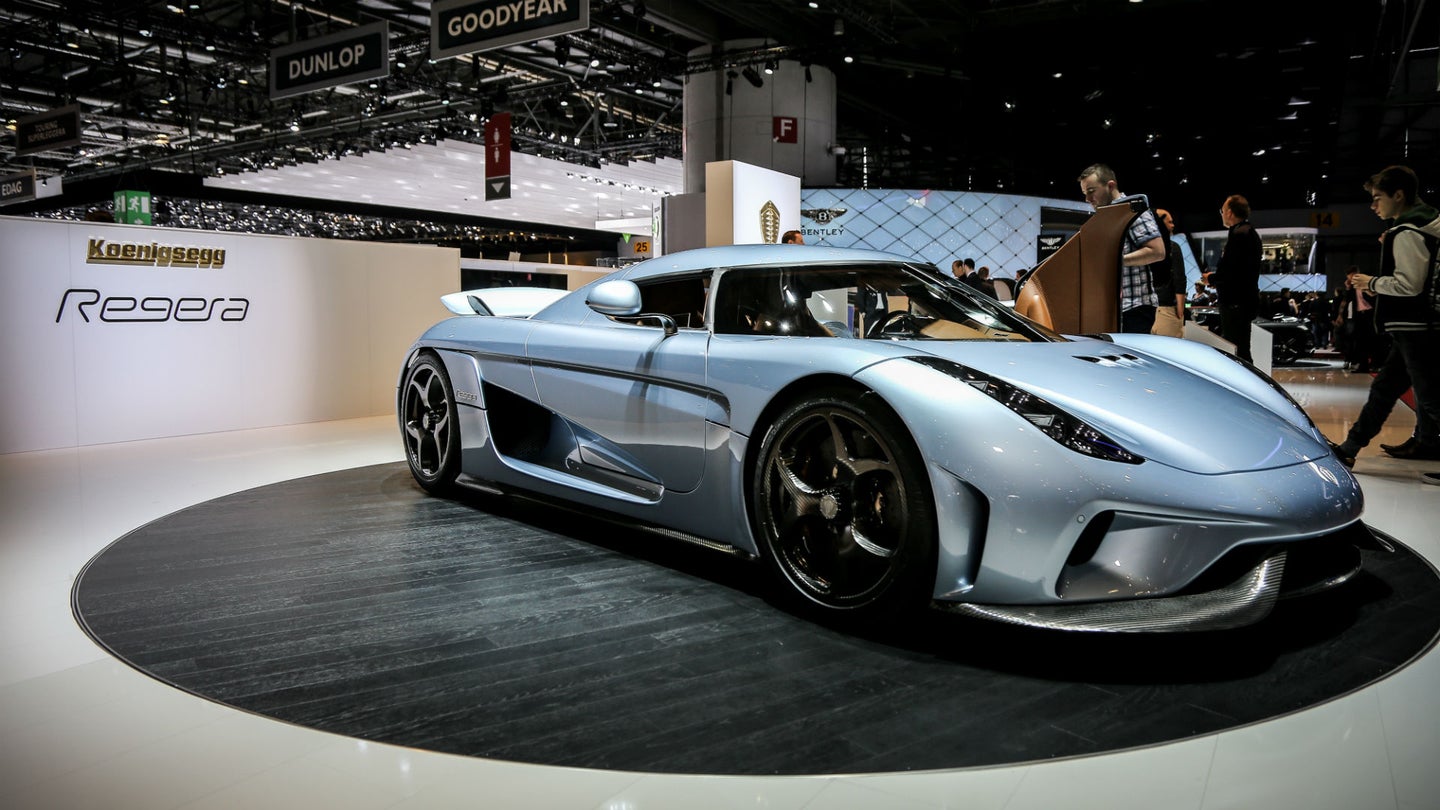 Three years ago, the Koenigsegg Regera hybrid hypercar debuted at the Geneva Motor Show, wooing audiences with 1,500-horsepower and Direct Drive single "gear" transmission.  For 2018, Koenigsegg announced that it's bringing two more customer Regeras sporting beautiful bespoke paint jobs to the 2018 rendition of arguably the most important auto show out there.

Both Regeras are armed with Koenigsegg's innovative Tresex carbon fiber wheels, which the brand claims are stronger and lighter than any other production car wheel. Sadly you won't be able to purchase a Regera with any of these bespoke features, considering that all 80 examples are sold out.

The first and most striking is one, nicknamed the "Regera d'Elegance," is painted in Swedish Blue with Ocean Green accents and blue carbon fiber. The inside of the car features the same color scheme sans the carbon fiber, extensively utilizing a mysterious trim material Koenigsegg describes as "notable for its luxurious texture, dexterity and the sustainable manner in which it is manufactured." We reached out to Koenigsegg for more information about this material and will update if we hear back.

To mark nearly 25 years as a car manufacturer, Koenigsegg is also displaying a right-hand drive 2006 CCX at its booth, which the company considers its first true production car. This example features a Royal Blue exterior and a revised "aniline vegetable" tanned leather interior.

The CCX is an example of Koenigsegg's Certified Legends program, the brand's new certified pre-owned project. Every car that goes through CL is subjected to thorough inspections and services at the Ängelholm factory in Sweden, and comes with a two-year warranty. Considering that every car Koenigsegg makes has been sold, this might be the only way you'll be able to own one of these ridiculous Swedish hypercars.

The Koenigsegg Regera Can Take a Hit

In honor of obtaining one million followers on Instagram, Koenigsegg released a crash test clip of the Regera.