Here's One Vintage V6 With Muscle

This 20th Anniversary Turbo Trans Am is rare, brash, and very fast. 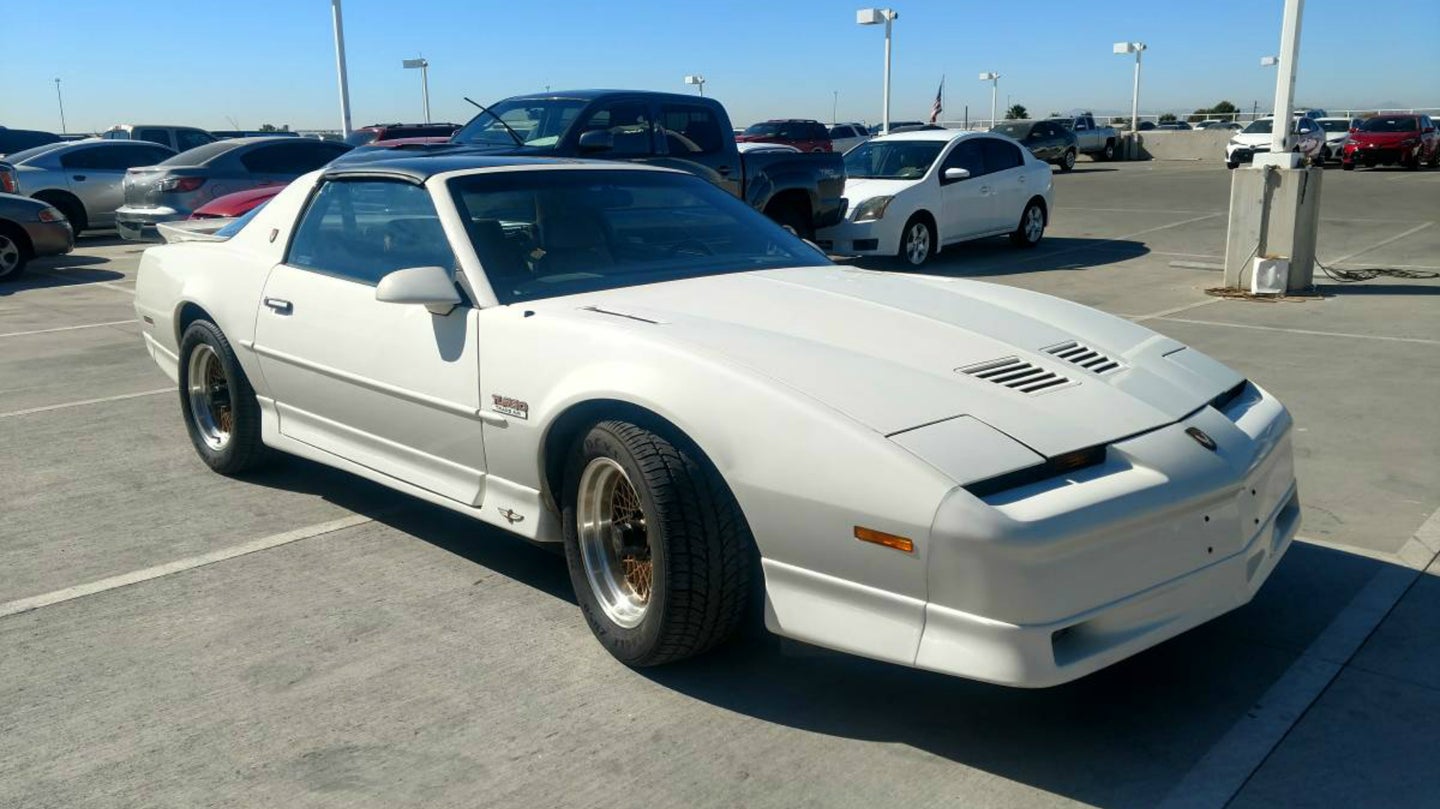 Craigslist is full of cool cars, but a limited-edition 1989 20th Anniversary Turbo Trans Am (TTA) on sale in Gilbert Arizona for $16,500 might be of particular interest to enthusiasts. While big V8s have been synonymous with muscle cars since the 1949 Rocket 88, this vintage Pontiac features a V6 that managed to out-power all its contemporaries.

The TTA's 3.8-liter engine, which had earlier found fame in the Buick GNX, was very conservatively listed at 250 horsepower and 340 pound-feet of torque. By comparison, the Firebird Trans Am GTA from the same year only managed 235 horses from its larger and heavier 5.7-liter V8.

Only 1,500 20th Anniversary Trans Ams were built, all were white and featured four-speed transmissions. They were the official pace car of that year's Indianapolis 500. Car and Driver praised the TTA for its collectability, citing the coupe's limited production and speed. In the magazine's test, the Pontiac hit the quarter mile in 13.4 seconds and topped out at 153 miles per hour. Even more impressive, they were the fastest accelerating production car sold in the U.S. at the time with a 0-to-60 of only 4.6 seconds.

Hagerty has stated that these third-generation Firebirds should increase in value as those who grew up on "Knight Rider" start building their collection. Of course, K.I.T.T., that show's Trans Am, could talk, self-drive, and fight crime ... but those weren't standard factory options.

This particular TTA—number 635 of 1,500—is being sold by owner's son. "My father has owned the car since 1996," he told The Drive. "It's been in his garage parked for a long time not running and he wanted to sell it to free up some space." The seller cleaned out the fuel system, replaced all the fluid, and installed a new fuel pump, spark plugs, vacuum lines, brake pads, wheel bearings and other parts. "After I got it running and driving, I put about 60 miles on it," he said. "It drives like a normal '90s Firebird until you let into the throttle and once the boost from the turbo kicks in, it takes off."

The sale is ongoing, but at that seemingly reasonable price, it could end at any time.