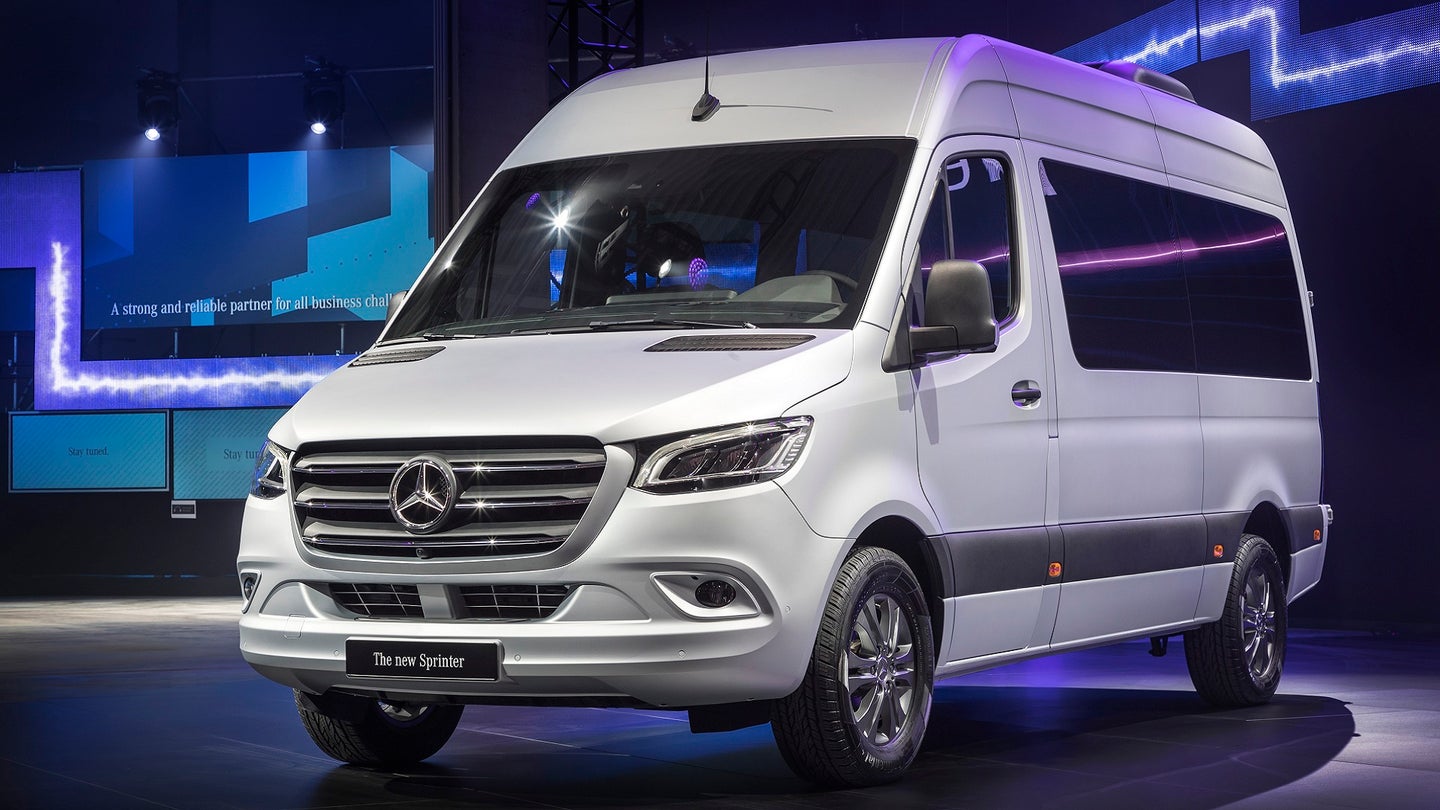 The new 2018 Mercedes-Benz Sprinter made its world debut at the brand's new logistics center in the city of Duisburg, Germany, about 260 miles northwest of its Stuttgart headquarters. The third-generation of the popular van aims to deliver maximum versatility, a progressive exterior, and interior design, but most importantly, lower operating costs to fleet operators.

The new Sprinter lineup will also see the addition of a new front-wheel-drive platform, which should fulfill the automaker's desire to reach a broader commercial audience with a wide range of transportation needs. According to the automaker, the front-wheel-drive model will deliver better traction for lightly loaded vehicles, especially during inclement weather. In addition, it will boast additional load capacity and a lower loading sill due to the modified rear axle and wheel arches, something which should appeal to small and large businesses alike. Mercedes will continue to produce the current rear-wheel and all-wheel drive Sprinter.

Another first for the versatile van is the deployment of "Mercedes PRO Connect," which will offer fleet managers an internet-based platform to fulfill their logistical and transport requirements. The system allows operators to access a vehicle's location, fuel load, and service records on demand. This, in combination with its 1,700 possible configurations should nip at the heels of Ford and its best-selling Transit van.

The new interior is reminiscent of Mercedes' new design language that's shared across the passenger car lineup. A large 10.25-inch high definition touchscreen boasts the new MBUX multimedia system, which houses the Bluetooth, navigation, and radio controls, in addition to a rear-view and 360-degree camera. Purpose-built Sprinters can be outfitted with different kinds of driver seats ranging from bolstered, flat, suspension, and even memory foam seats. In passenger configurations, the Sprinter can seat a maximum of 20 people (19 plus driver).

Powertrain details for the North American market have not been released, but the European Sprinter will be powered by a 2.1-liter four-cylinder diesel engine with three available horsepower outputs for rear- and front-wheel drive, and a 3.0-liter V6 diesel with 190-horsepower. Single and dual-rear-wheel setups will be available. Lastly, Mercedes-Benz also announced that an electric, emissions-free variant dubbed the eSprinter will enter the European market sometime in 2019, but did not give any details on future North American availability.