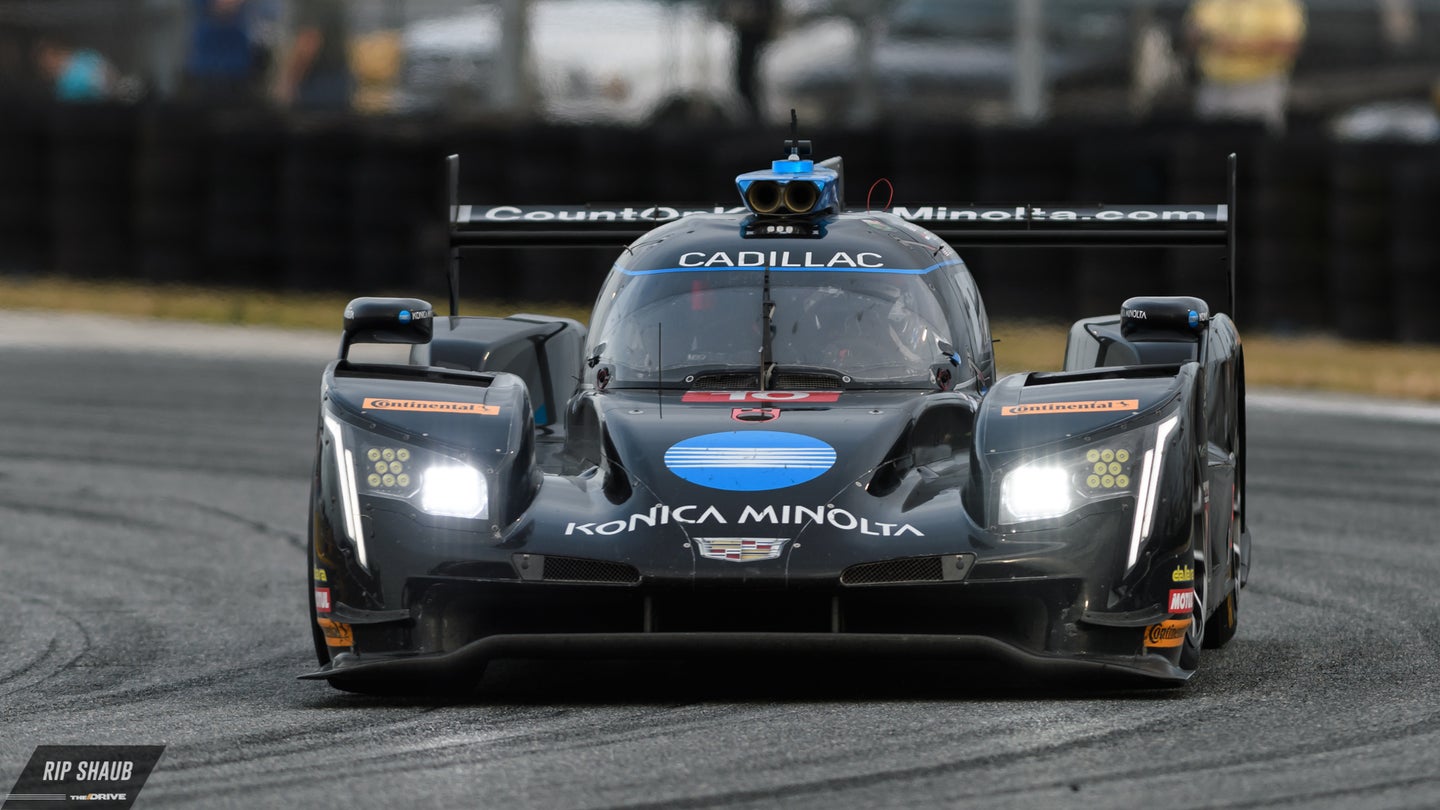 Multiple teams in the Prototype field at this year's

Rolex 24 have suffered mysterious tire failures throughout the night and into the morning. Wayne Taylor Racing, winner of the 2016 running at Daytona and pole sitter for this weekend's day-long race, fell victim to costly punctures five times, eventually forcing them to retire from the race with six and a half hours remaining.

According to team manager Travis Houge, the decision was made once WTR felt the conditions had become too dangerous to compete. The team explained during an interview with IMSA TV that driver Renger Van Der Zande suffered "six or seven" issues prior to the race in testing and practice, and as the 24-hour event pushed through dusk and into dawn, the No. 10 Cadillac DPi entry faced more of the same.

The Drive reached out to the team for a response on the situation to which Houge replied, “Based on the issues we had throughout the race and multiple attempts to fix it without a satisfactory result has forced us to withdrawal the car from the race for the safety of our drivers.”

Continental, the official tire supplier to the IMSA WeatherTech Sportscar series' Prototype category, claims that these failures are a result of teams not working within manufacturer parameters. A representative from the company told The Associated Press that cars are "pushing the limits" of aggressive camber and low tire pressure, possibly causing the consistent issues. However, Taylor claimed that his team is running the same specs as it did at Daytona last year, a race which they won without these woes.

Wayne Taylor Racing was considered a favorite to win this year's Rolex 24 as the team went on a tear in the first half of last season, winning five straight races and eventually claiming the overall Prototype category championship. A pole position performance by Van Der Zande in qualifying reinforced that concept, but as the first seventeen hours of racing showed, the tire issues were too much for the crew to complete the contest.

Continental Tire said in an interview with Fox Sports that it is working in collaboration with Wayne Taylor Racing to find the cause of these unidentified issues.

"They are within our specifications and have had a number of issues," said Travis Roffler, director of marketing at Continental. "We've identified two of the issues as punctures." He continued to mention that the remaining unsolved problems are being investigated to provide better service and insight in the future.