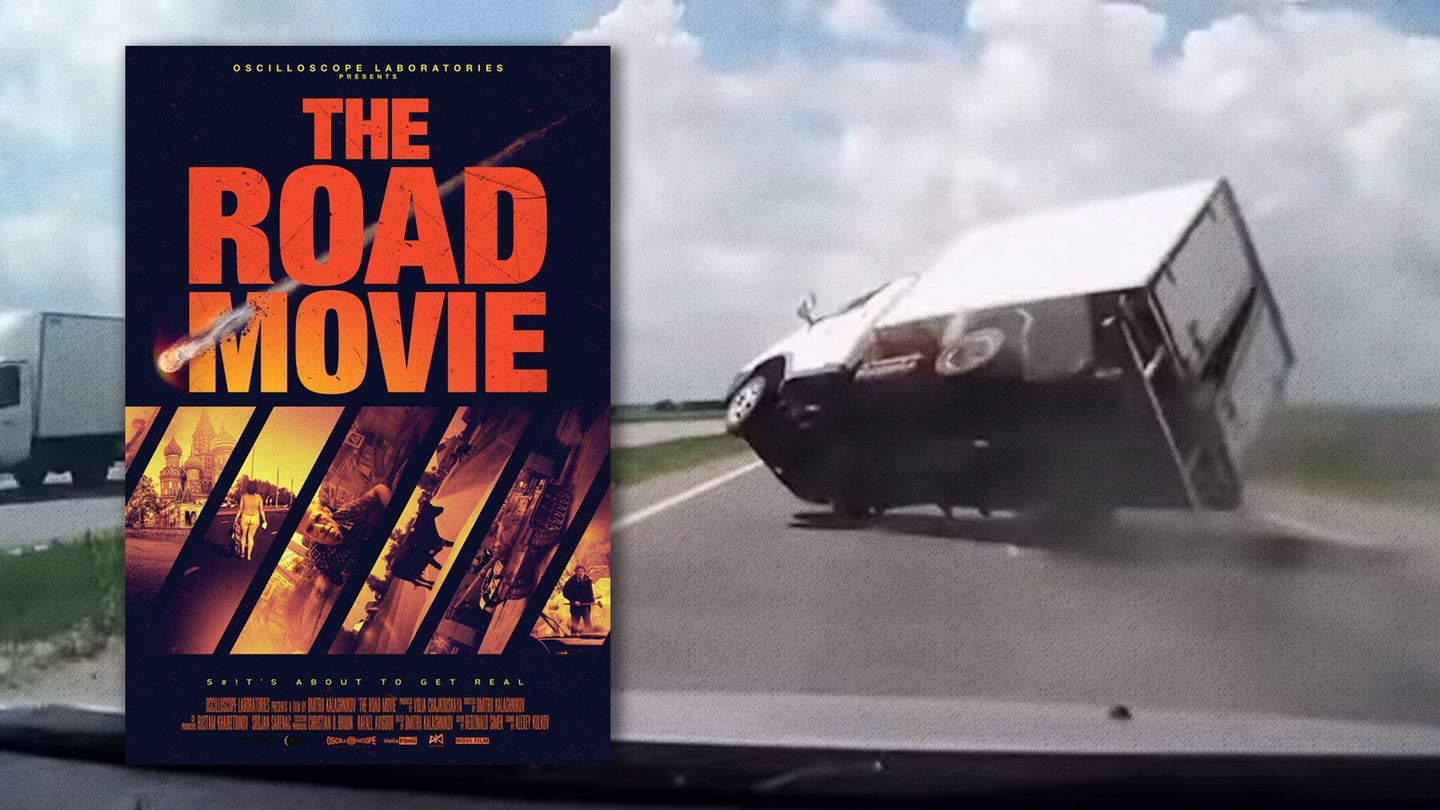 Russian dash cam videos have already been enshrined as one of the greatest time-wasters on the internet. But now those gonzo, anarchic sensibilities are making their way to a movie theater near you. Ladies and gentleman of the Academy, allow us to present for your consideration: The Road Movie.

Filmmaker Dmitrii Kalashnikov's found-footage film will debut in cinemas across the country at the end of January, when it will fully immerse moviegoers in the kind of craziness we've only ever watched on a computer screen. Kalashnikov collected hundreds of ephemeral clips showcasing how deeply weird and dangerous things can get out on the open roads of Russia.

If you're familiar with the genre, you already know what to expect: Things like dramatic crashes, vehicles falling apart before your eyes, and the odd surplus tank being hosed down at a car wash. And yes, while you could easily spend twice as long seeing similar stuff on YouTube for free, something about sitting for 67 solid minutes of well-edited, selectively-curated Russian dash cam clips on the big screen seems to have captivated audiences.

"Somewhere between Jackass and Faces of death lies the queasy allure of The Road Movie," one reviewer wrote. Variety of all places called it "a very guilty pleasure."

Kalashnikov first showed his movie at the 2016 International Documentary Film Festival in Amsterdam, and it's garnered a fair amount of positive buzz since then. Last year, he signed a deal with Oscilloscope Laboratories, an independent film shop founded by former Beastie Boy Adam Yauch, to distribute The Road Movie in North American theaters.