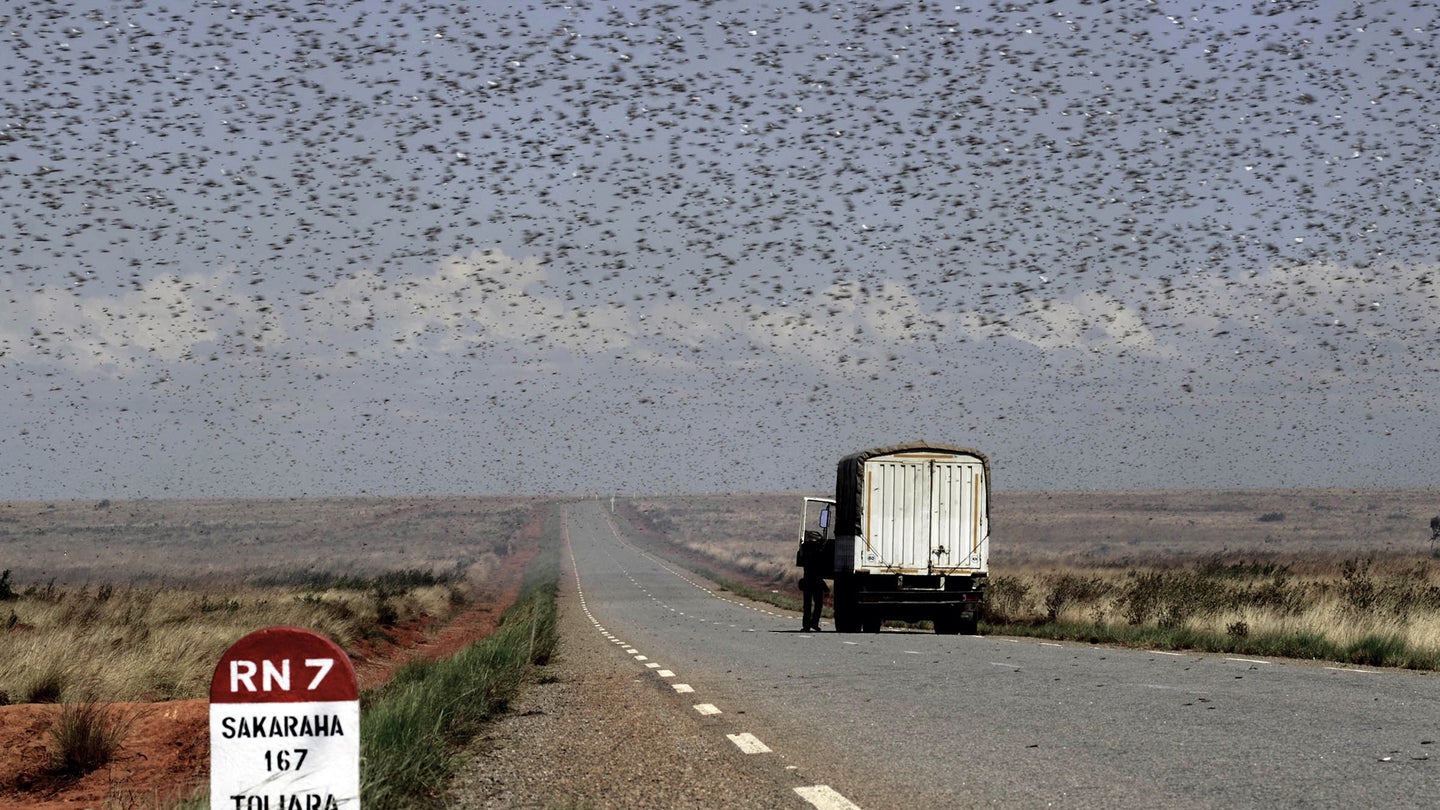 Russian dash cam videos are pretty much the most interesting things to watch. They've captured everything from helicopters flying dangerously close to highways to trucks carrying human waste exploding for no good reason. But this video is just plain creepy.

Look out ahead, because there seems to be a dust storm. Actually, that's not dust at all but rather a plague of locusts swarming across this street in the Republic of Dagestan, which is located on the southern-most tip of western Russia. There are easily millions of these bugs swarming along the countryside, engulfing visibility and just taking hit after hit by the camera car. It's a sight unlike anything I've seen - and I live in a state where a swarm of mayflies caused three motorcycle accidents.

Apparently, the swarm was so bad and widespread that the Ministry of Agriculture and Food had to declare a state of emergency. They surveyed nearly 812 square miles, only to find that over half (440.5 square miles) was infested with swarms of locusts. That's a lot of bugs.

In case you're wondering, no, this isn't a new phenomenon to just happen to start. Russians have been fighting swarms of locusts for decades to no avail as they migrate from North Africa annually. But something must have been substantially bad about this go for the state of emergency to be declared, namely a huge increase in crop destruction. Last year, officials declared the same state of emergency after just 270 square miles of crops were destroyed, whereas this year was nearly double that figure. For a species of insect that devour nearly everything in their path, this can be especially destructive to crops and other plant life in the affected areas.

Ready to feel uncomfortable? Watch the dash cam footage below.