The program, popular with families and children, has been suspended until further notice. 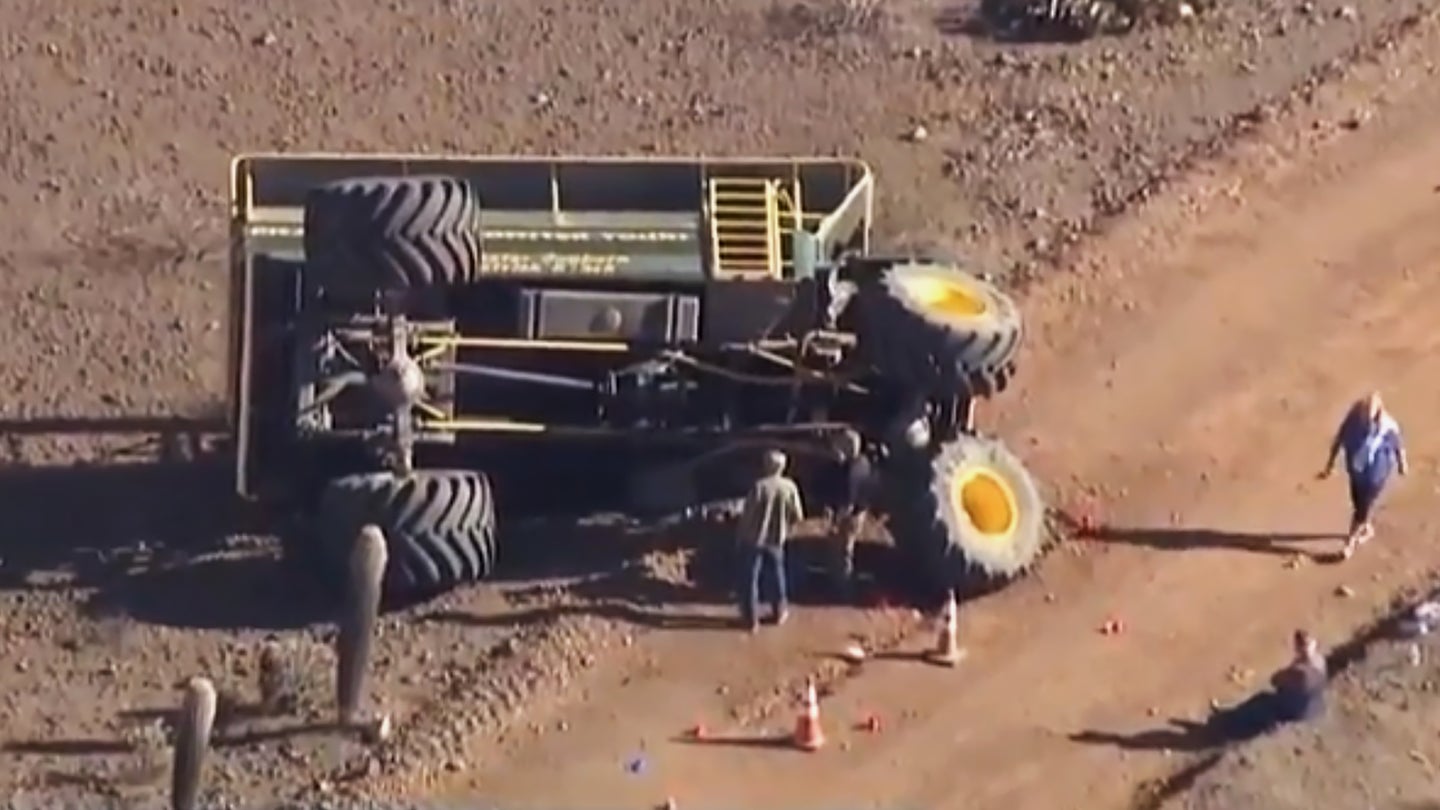 The Rooster Cogburn Ostrich Ranch, which operates a roadside petting zoo, amusement park, and educational center that's popular with families and children, issued a statement saying the owners were "deeply saddened" by the accident, adding that the monster truck attraction would be closed until further notice. The Pinal County Sheriff’s Office is still investigating the exact cause of the accident.

Photos and videos from the scene show a tube-framed monster truck with a school bus body resting on its side, almost perpendicular to the dirt road. In one aerial shot, you can see it's lying just beyond a large dip in the trail. The chassis is twisted and the front axle is broken, though officials haven't determined whether mechanical failure played a role in the crash.

Most of the passengers escaped with bumps and bruises, though three people had to be taken to local hospitals, including the driver. Considering clips from happier times show a complete lack of padding or safety equipment—not to mention the ride's popularity with small children—it's incredibly fortunate that more people weren't seriously injured. It's not clear whether any children were on board at the time.