Woman Finds Newborn Baby, $5500 in Cash in Car Seat on Side of Oklahoma Highway

It’s still not clear how the four-week-old boy ended up there. 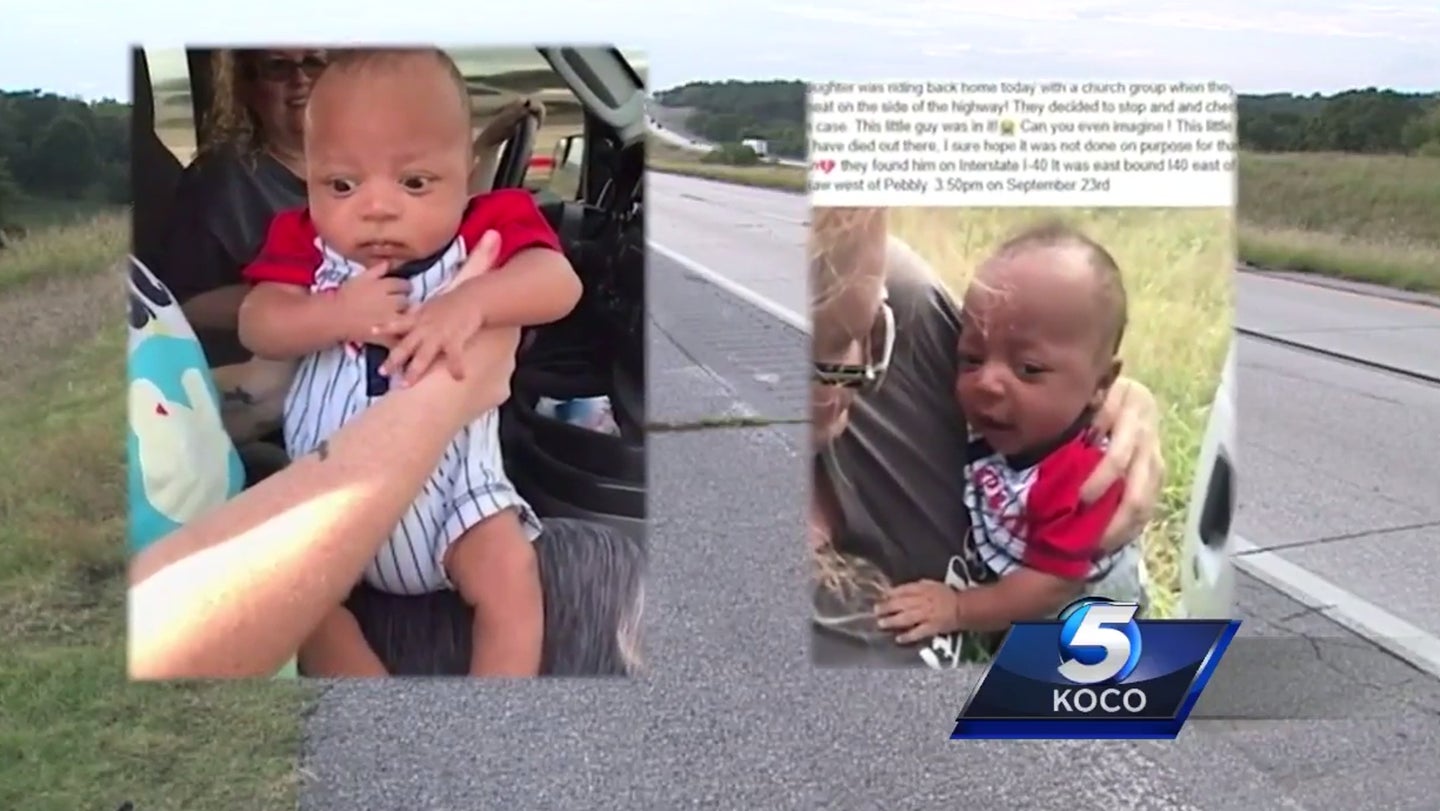 File this under horrible and miraculous: an Oklahoma woman found a one-month-old baby boy—along with his identification papers and $5500 in cash—sleeping in a car seat in the tall grass right next to a busy highway as she and her husband drove by, reports KOCO News.

Alexis Harrison told KOCO that her heart dropped on Saturday when she spotted the car seat on the side of I-40 outside Oklahoma City with what appeared to be a child strapped inside. She immediately pulled over, along with another driver and a church group traveling in their van who had the same startling realization. What they found, in Harrison's words, was like something from the movies—a four-week-old infant sleeping soundly next to his birth certificate, social security card, and a whole bunch of cash.

Even stranger, the baby was dressed in clean clothes and appeared to be healthy and well-cared-for. First responders estimated that he had been left out in the 90-degree heat for around thirty minutes, according to ABC News, and he was given a clean bill of health. Police later tracked down the boy's mother and took her to a hospital for a psychological evaluation. They're still investigating how he ended up on the side of 1-40.

"We don't know why she did what she did," Police Sgt. Gary Knight said to local media on Tuesday. "But people do the strangest things sometimes. I don't recall seeing a case like this where a baby was just left on the shoulder of the highway. This could have had a very tragic ending."

Thankfully, it looks like the exact opposite is happening. The Oklahoma Department of Human Services is reportedly being inundated with calls from around the country from people hoping to adopt him.