In this resurgent age of uber-performance utility vehicles like the Jeep Grand Cherokee Trackhawk and the Land Rover Range Rover Sport SVR, it's a crying shame that the trackday pickups of decades past haven't made a comeback. The early 1990s in particular were lousy with go-fast short beds, from the GMC Syclone to the Chevrolet 454SS. And who could forget the original Ford SVT Lightning?

Even if Ford itself seems content to do exactly that—the halfhearted Ford Tremor notwithstanding—one heroic dealer in Georgia is fighting the good fight and bringing the model back from the dead in the form of this 2017 Ford F-150 Lightning homage. From the custom wheels to the regular cab, it's a spot-on interpretation with one key difference from the official model's final production year in 2004—a big ol' power boost. 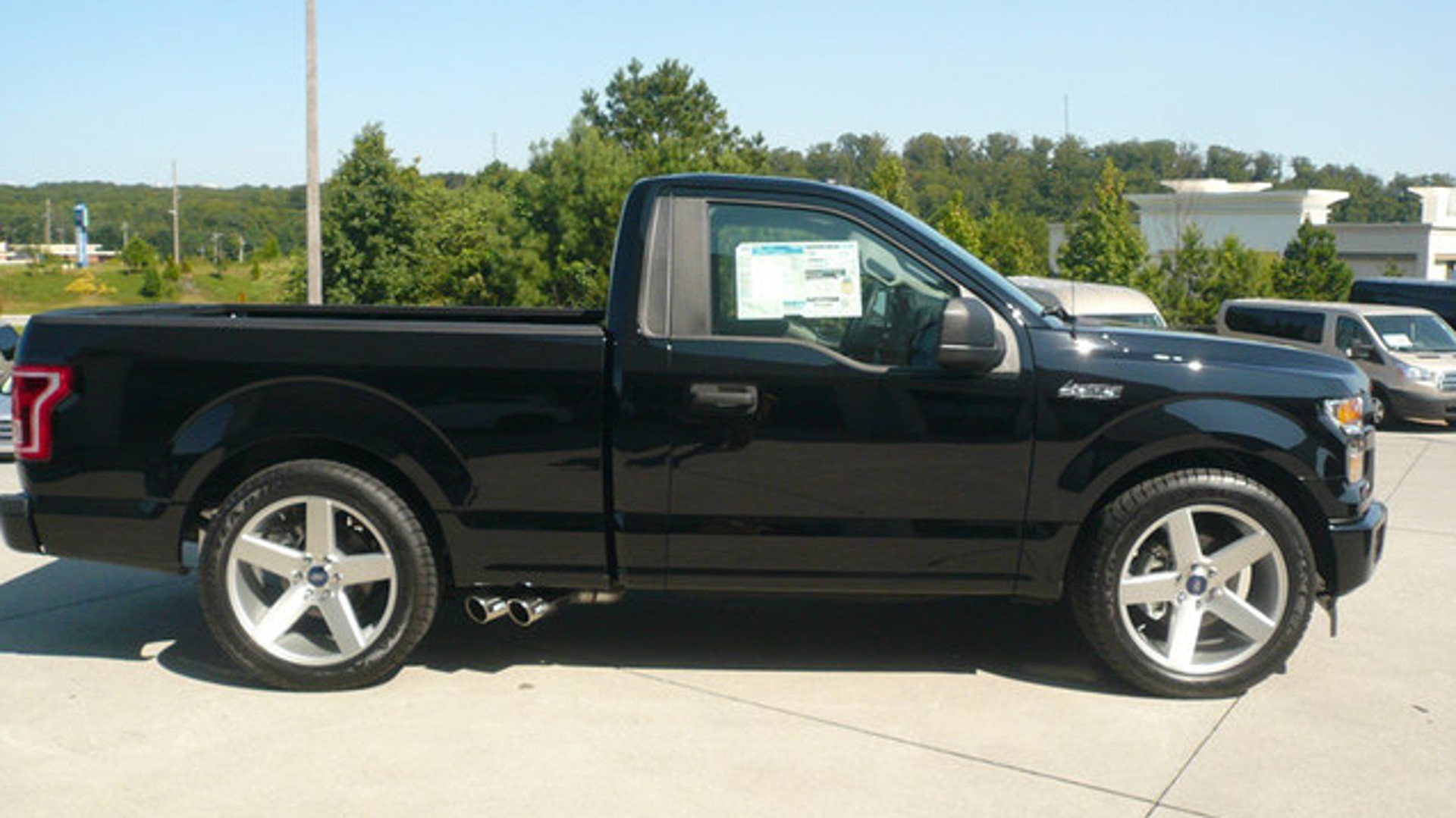 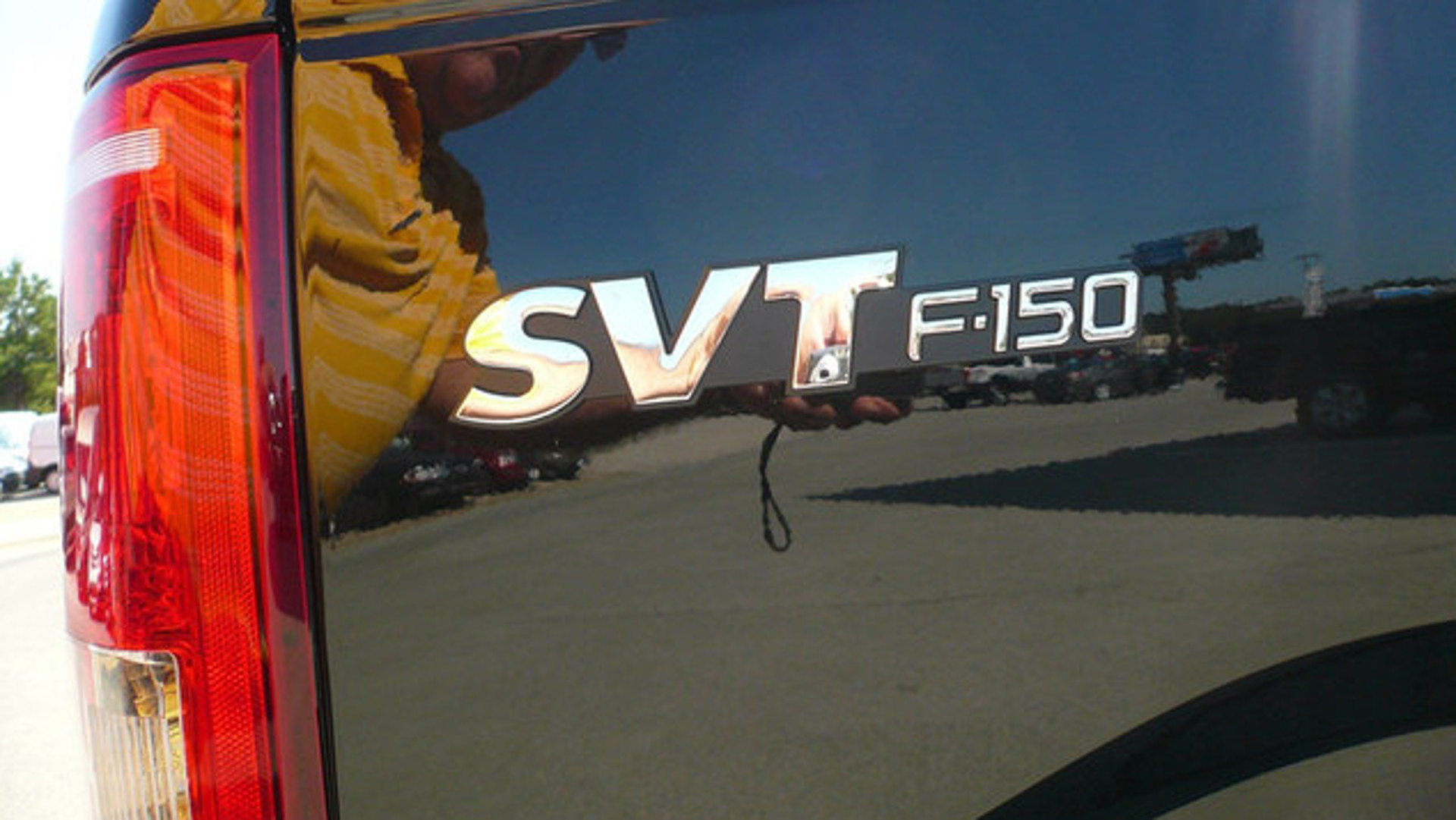 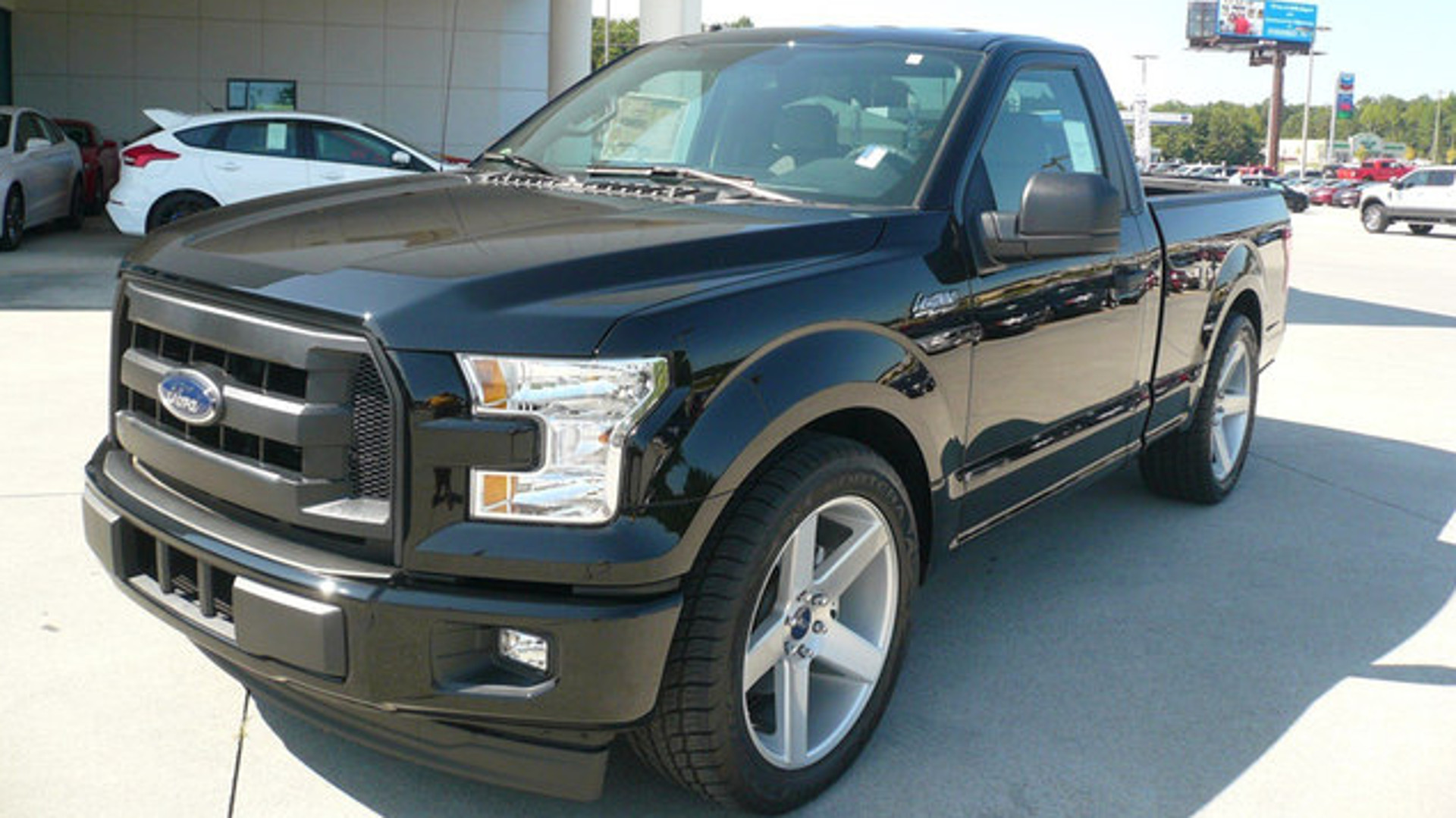 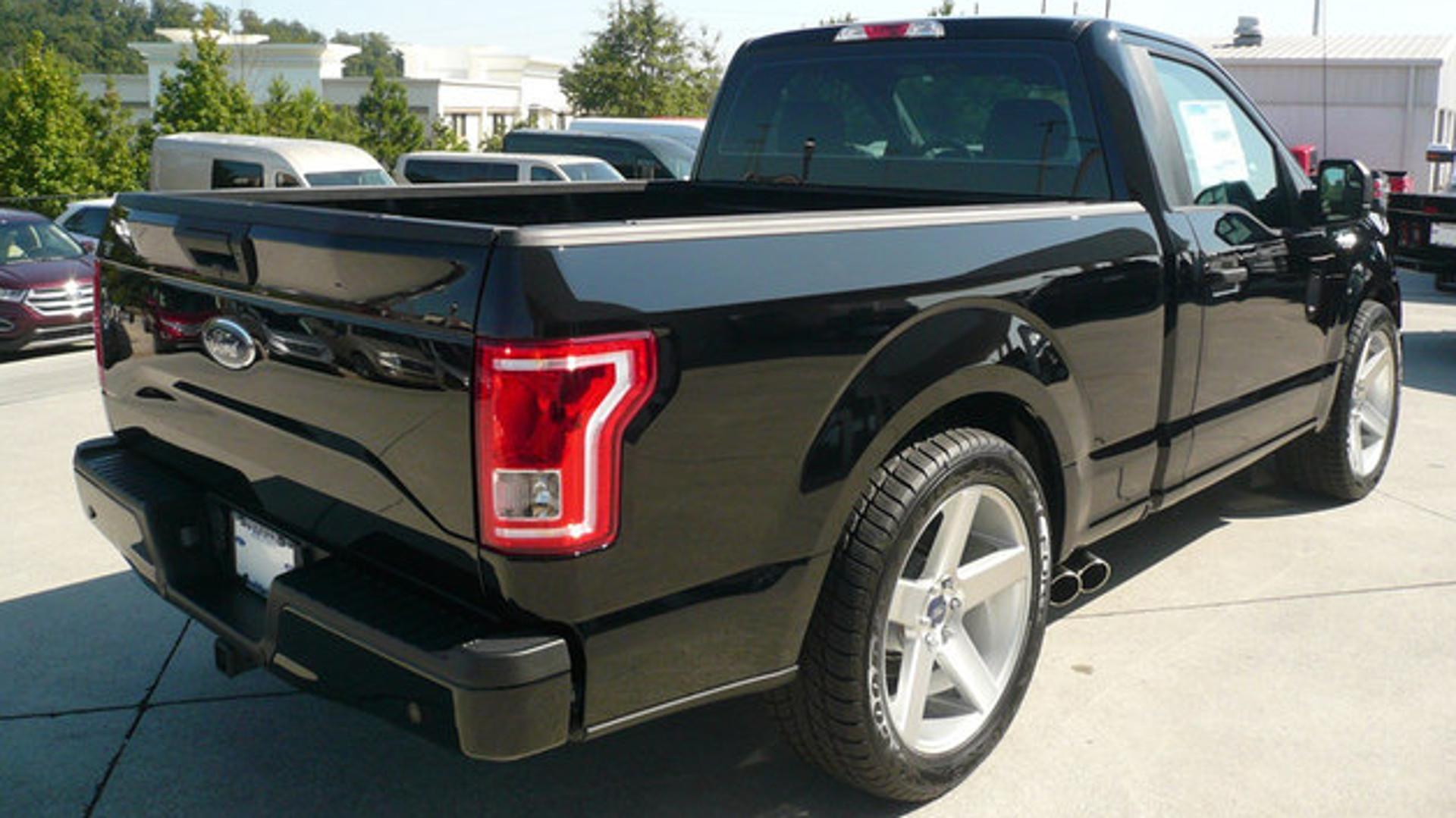 In that year, the Triton supercharged V8 engine with a cast iron block made 380 horsepower in a truck that weighed a little less than 5,000 pounds. Today, the 5.0-liter Coyote V8 in Pioneer Ford's F-150 Lighting is putting out 650 horsepower in a package that actually weighs less than its predecessor thanks to the aluminum body. A sport tuned suspension and lowering kit should help it stay planted, and thanks to the Roush supercharger and included towing package, this thing can both haul and haul ass. It's rear-wheel drive, just as God intended.

On the outside, the 22-inch five-spoke wheels, Shadow Black paint job, side pipes, and subtle Lightning badging give the truck a real-deal factory look. True to the spirit of the 1999-2004 SVT Lightnings, it's more of a base model rocket than a luxurious sleeper, featuring a plain cloth interior and not a lot of options. The price for all this mid-aughts perfection is a cool $50,000, but there are a couple of factors that could take the sting out a little bit.

First, everything is under factory warranty, including the supercharger. The second is that the F-150 Lightning still qualifies for all of Ford's rebates and financing incentives, so hopefully you could knock at least a couple thousand off that sticker.

Then again, the internet is on this thing, and frankly we'd be too if we had the cash to burn right now. Pioneer Ford posted several updates to their original Facebook thread in the comments after it went viral, letting all the slack-jawed observers know that this was actually the second Lightning they'd built (the first one was a striking red, seen up top) and both were already sold. Two more are currently in the works, including one based on the updated 2018 model year truck, but those have also been spoken for. You'll have to get in line at this point—not the most advantageous bargaining position.