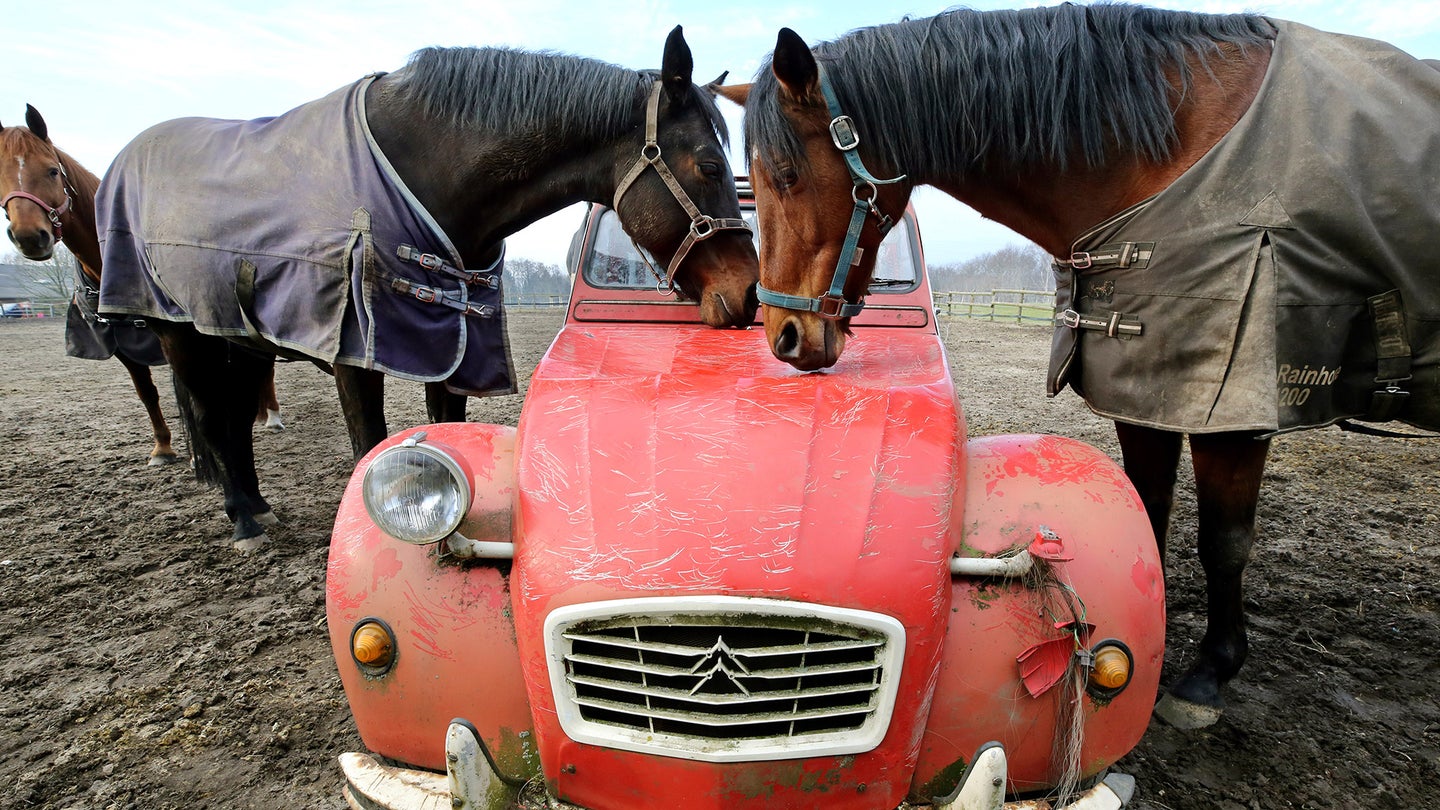 Say au revoir to fossil fuels, Gallic drivers. France intends to stop the sale of all gasoline- and diesel-powered cars by the year 2040 as part of a series of measures designed to help the country reach its ambitious climate change-battling goals by mid-century, the nation's environmental minister declared on Thursday.

"Transportation is now the largest sector responsible for emissions of greenhouse gases in France," the Ministry of Ecology, Sustainable Development, and Energy said in a statement announcing the wide-ranging measures. "That is why we are setting the target for ending the sale of gasoline and diesel cars in 2040, encouraging car manufacturers to innovate."

Environmental minister Nicolas Hulot said that while he acknowledged it would create challenges for the country's automotive industry, the carmakers are working on ways to deliver on the ambitious goal, The Independent reports.

As part of the move to bar gas and diesel cars from the streets, less-well-off French residents will receive funds to help them trade in their fossil fuel vehicles for electric cars, Hulot said, according to The Independent.

Hulot's announcement means France joins a growing league of nations that have announced plans to leave fossil fuels behind in upcoming decades. The Netherlands and Norway alike have stated a goal of no longer selling gas-powered cars by 2025, while Germany is working on plans to require all new cars that hit the road by 2030 be zero-emissions vehicles; India has also expressed an interest in only selling electric cars by that year.

Parts of France have already taken steps to address the problems caused by fossil fuel-powered cars. Last year, Paris began banning all cars built before 1997 from the city during the work week in an attempt to mitigate the higher levels of pollutants released by such vehicles; it's also begun barring cars from certain streets at select times. But obviously, jumping from a five-day-a-week ban on old vehicles to declaring an end to internal-combustion cars overall is quite a jump in terms of ambitiousness. As they say in France, qui vivra verra.