Rock am Ring at the Nurburgring has been halted because police have "concrete evidence" of a terror risk. 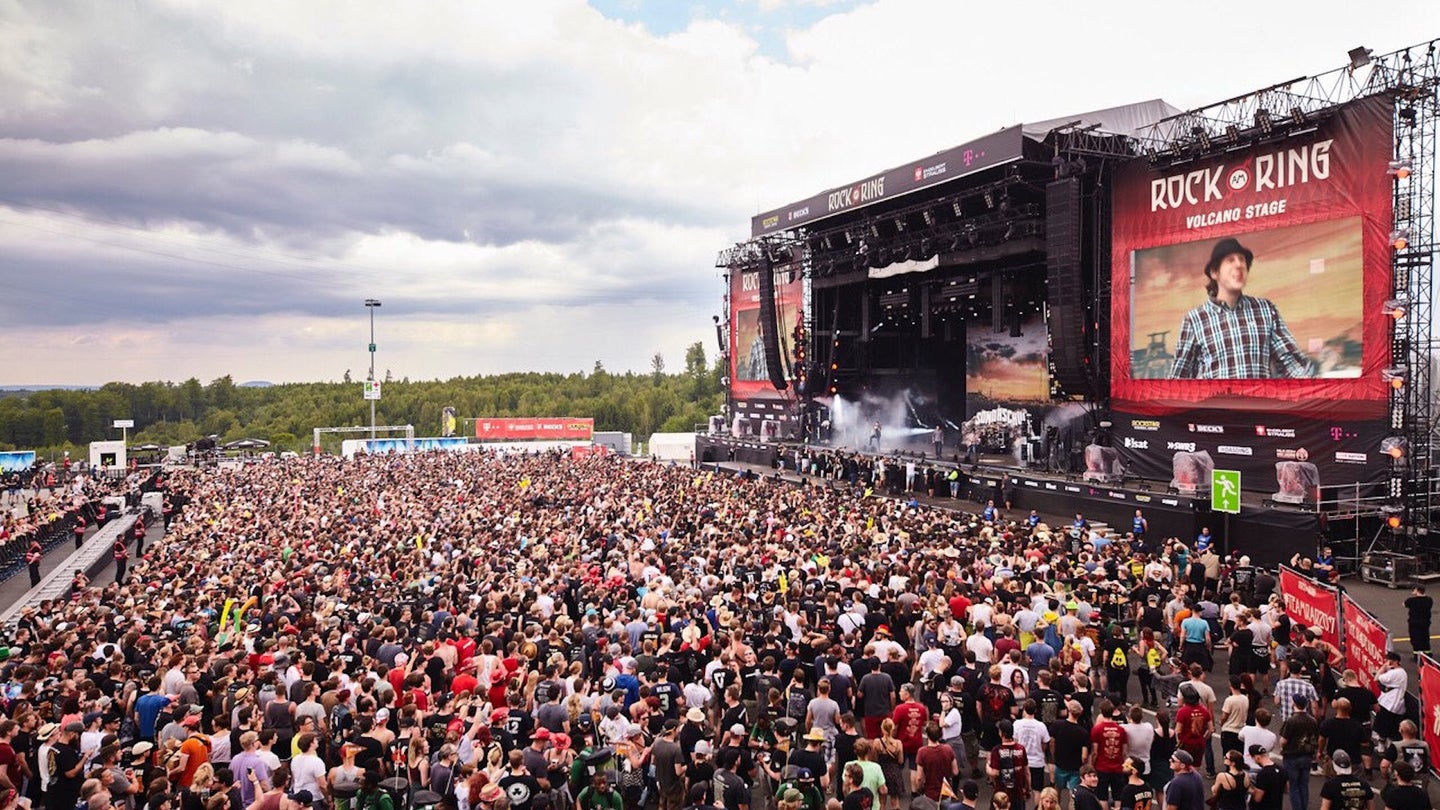 Rock am Ring, a large music festival held in Nurburg, Germany adjacent to the Nurburgring Nordschleife has been put on hold Friday night by event organizers after being notified by police of a "terrorist threat," according to a Facebook post on the festival's official page.

Local police said in a statement that there is "concrete evidence" of a possible terrorist threat to the music festival.

Prior to the announcement of this threat, police had arranged to step up their presence at the music event.

"With regard to the latest attack on a concert in Manchester, the security concept for Rock am Ring was modified in advance and the number of the operational forces increased significantly to around 1,200," police wrote in a statement (translated from German). "We take all references and all suspicious moments very seriously and go after them intensively."

Event organizers said on Facebook that they "hope that the festival will continue tomorrow."

A police investigation is currently ongoing.