A new lightweight package drives the Elise's weight under 1,900 pounds. 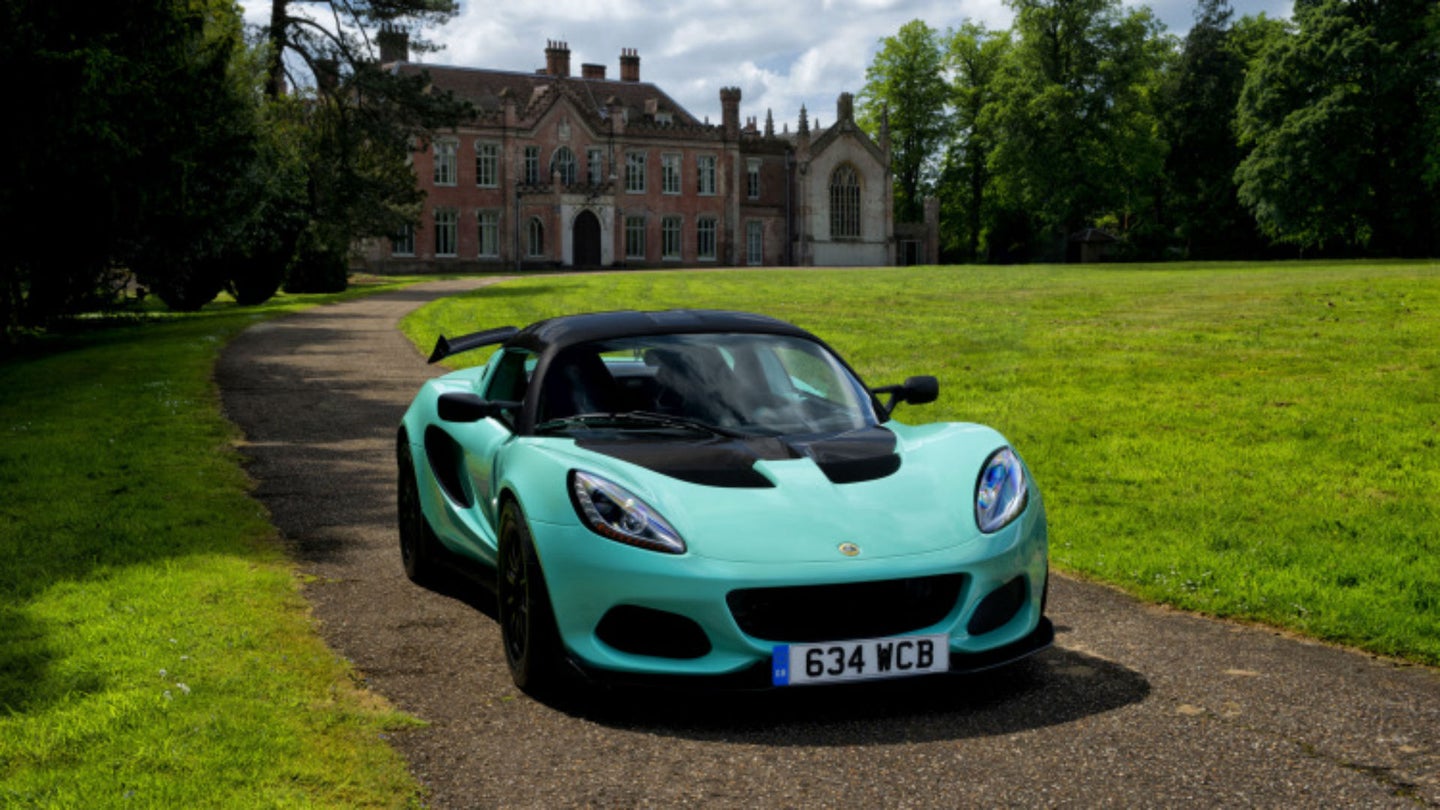 Lotus has come a long way with its golden-child Elise. Starting as a no-frills featherweight with a tiny four-cylinder powerplant, the original version has been remembered fondly throughout the car's lifespan. The Elise Cup 250 was introduced last year with a 2,000-pound curb weight; considering journalists obsessed over that figure in 2016, they're in for an even bigger shock with the newest edition. Extensive use of carbon fiber, titanium, and aluminum have helped the car to go on a diet we didn't know it needed, placing the Cup 250 a fraction under 1,900 pounds.

The weight loss is part of a range-wide diet that lowers overall weight significantly—one that the Elise Sprint was treated to earlier in the year.

Though it shares many parts with the previous model, this year's Cup 250 has been worked on where it counts. Bits and pieces underneath have been massaged to promote agility; many of the details you touch in the cabin feel that way, too. Thanks to these efforts, the Elise drops to 1,895 pounds when fitted with the optional lightweight package.

In combination with a supercharged 1.8-liter lump that produces 243 horsepower, the lightened chassis helps catapult the Cup 250 from 0 to 60 miles per hour in 3.9 seconds. That's faster than the substantially more powerful Evora 400, placing the latest Elise in an elite category. Collectively, the Cup 250 should be a rapid machine that's as predictable as it is light.

Due to American safety regulations, we won't be getting the Elise Cup 250 on this side of the pond. However, it's in dealers across the globe everywhere but here—so if you find yourself somewhere else, maybe consider picking it up as a track-day special that punches outside of its weight class.