The 83-year-old ended up in another country instead of her doctor’s office. 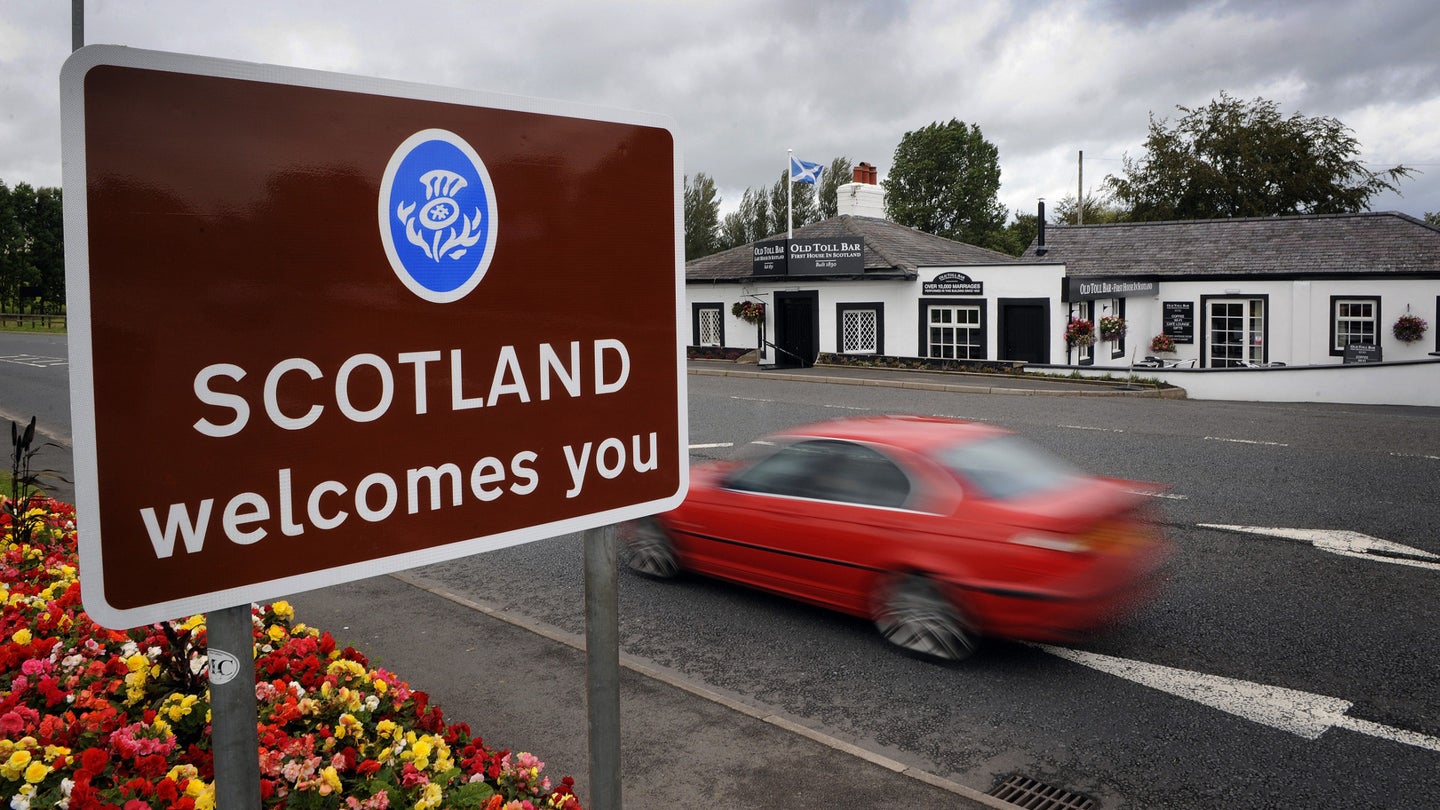 There are few conversations more delicate than when it's time to sit an elderly relative down and talk about taking away the car keys. Driving is obviously one of the greatest forms of independence, and it can be tough to tell someone you love that their days on the open road are over. But when Grandma leaves for a nearby doctor's appointment, misses her exit, and drives for more than 300 miles straight into another country... that might be a sign.

83-year-old Valerie Johnson took off from her home in Worcester, England, bound for Peopleton's Royal Hospital across town earlier this month. But when her usual route was blocked by road construction, she was apparently confused by the detour and simply kept driving north on the highway—for more than 8 hours straight.

The woman's daughter told The Independent her mother's next-door neighbor alerted the family after becoming concerned that Johnson never returned home from what was supposed to be a quick trip. She notified police, who spotted her on a traffic camera more than a hundred miles away driving north towards Scotland.

"I said it couldn't be my mum because she hates driving, she doesn't usually drive more than three miles," Karen Maskell said. "But it was her and she was still heading north and we had to get the Scottish police involved."

Eventually, Johnson's Toyota Aygo ran out of gas in the middle of the road about twenty miles from Glasgow. A kind couple living nearby spotted the stopped car, helped her to safety, and notified Scottish authorities. She reportedly didn't need any medical attention, and her daughter flew up the next morning to bring her home.

Of course, being physically healthy and mentally equipped to drive safely are two very different things. Her daughter told the Birmingham Mail that Johnson "had lost all sense of time" and didn't realize she had crossed the border into Scotland. Honestly, it's a miracle that she didn't cause an accident on her journey. Re-testing elderly drivers can be a contentious topic, but it's better than waiting for something like this (or worse) to force the subject.