Porsche's push into the future means the top-rung Panamera is now a plug-in hybrid. 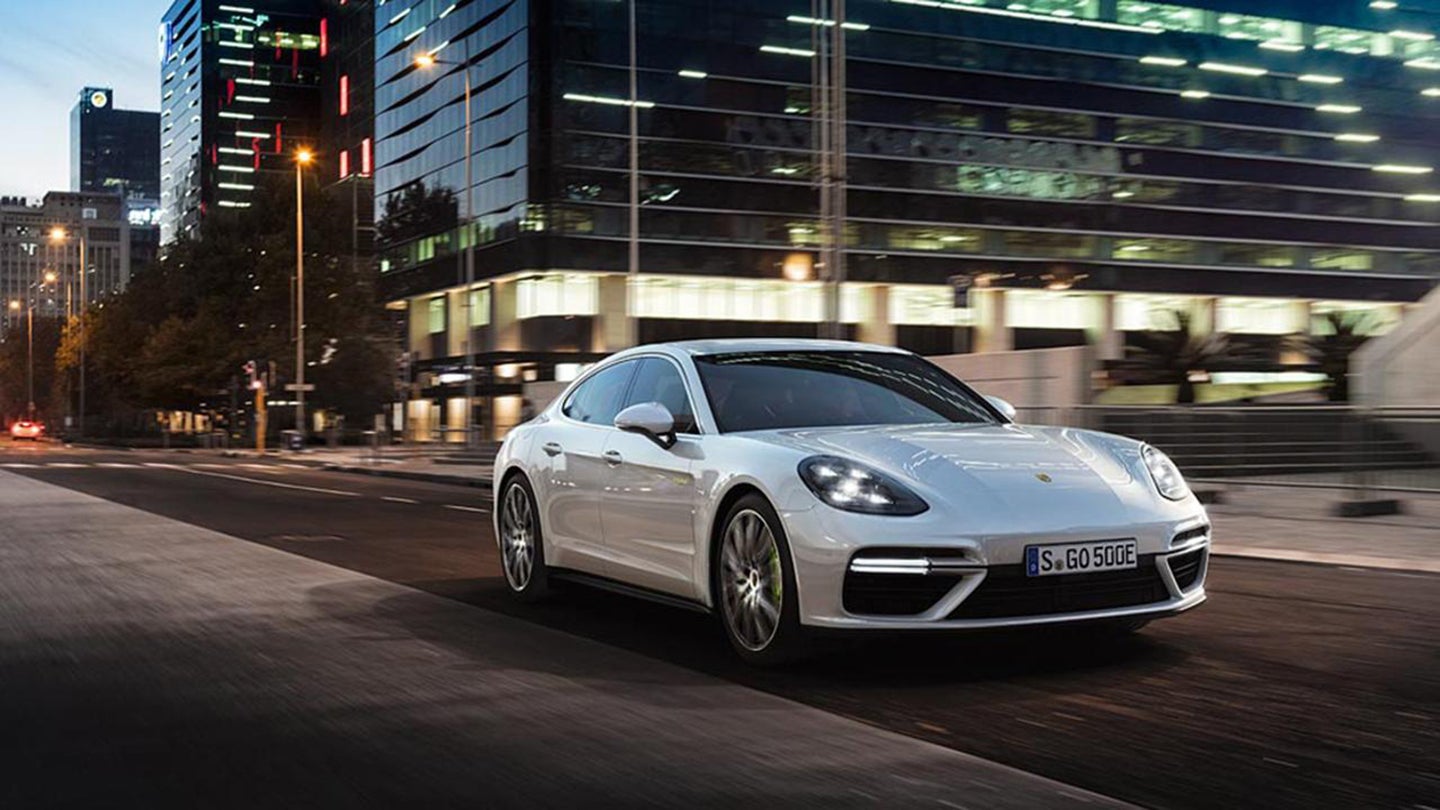 Want to know the direction a sports car brand is planning to go? Follow the supercars. The new range-topping model of Porsche's sedan lineup takes at least one significant cue from the technological masterpiece known as the 918 Spyder: like that car, the Porsche Panamera Turbo S E-Hybrid makes its power from the combination of a V8 and an electric motor powered by a plug-in battery.

In the case of the new Panamera Turbo S E-Hybrid, it's a combination of the regular Panamera Turbo's twin-snail 550-hp 4.0-liter V8 with the 136-hp electric motor from the lesser Panamera 4 E-Hybrid.  Due to the eccentricities of combining powertrains, the total output only adds up to 680 ponies, not the 686 you might expect—but that's still enough to send the new Panamera Turbo S E-Hybrid from 0 to 62 miles per hour in 3.4 seconds en route to a 192 mph top speed. Keep in mind, Porsche tends to be fairly conservative when it comes to official acceleration figures; don't be startled if the Turbo S E-Hybrid actually runs from 0-60 in three seconds flat.

On the other end of the efficiency spectrum, pop this Panny into electric-only "E-Power" mode, and it'll drive up to 31 miles on the fully-charged battery alone. (That's based on the European driving cycle, so don't be surprised if real-world driving delivers fewer miles.)

A 14.1-kWh lithium-ion battery holds the juice needed to help the gas-burning eight-pot lay down such incredible figures; with the optional 7.2-kW on-board charger, it can top off the electric tank in less than three hours on a 230-volt/40-amp plug. (Stick with the regular 3.6-kW charger, and it'll take about six hours; use a 120V household plug, and it'll take 12.) Drivers can use the car's built-in 12.3-inch touchscreen to program their Porsche to charge whenever they like, or even use an app for their smartphone or Apple Watch to turn it on or off remotely.

And now we come to the awkward part: talking price. The standard-wheelbase Turbo S E-Hybrid will start at $185,450, while the longer version starts at $195,850. Not cheap...but considering you're basically getting an around-town EV and a Porsche super sedan in one package, it kinda seems like a deal.