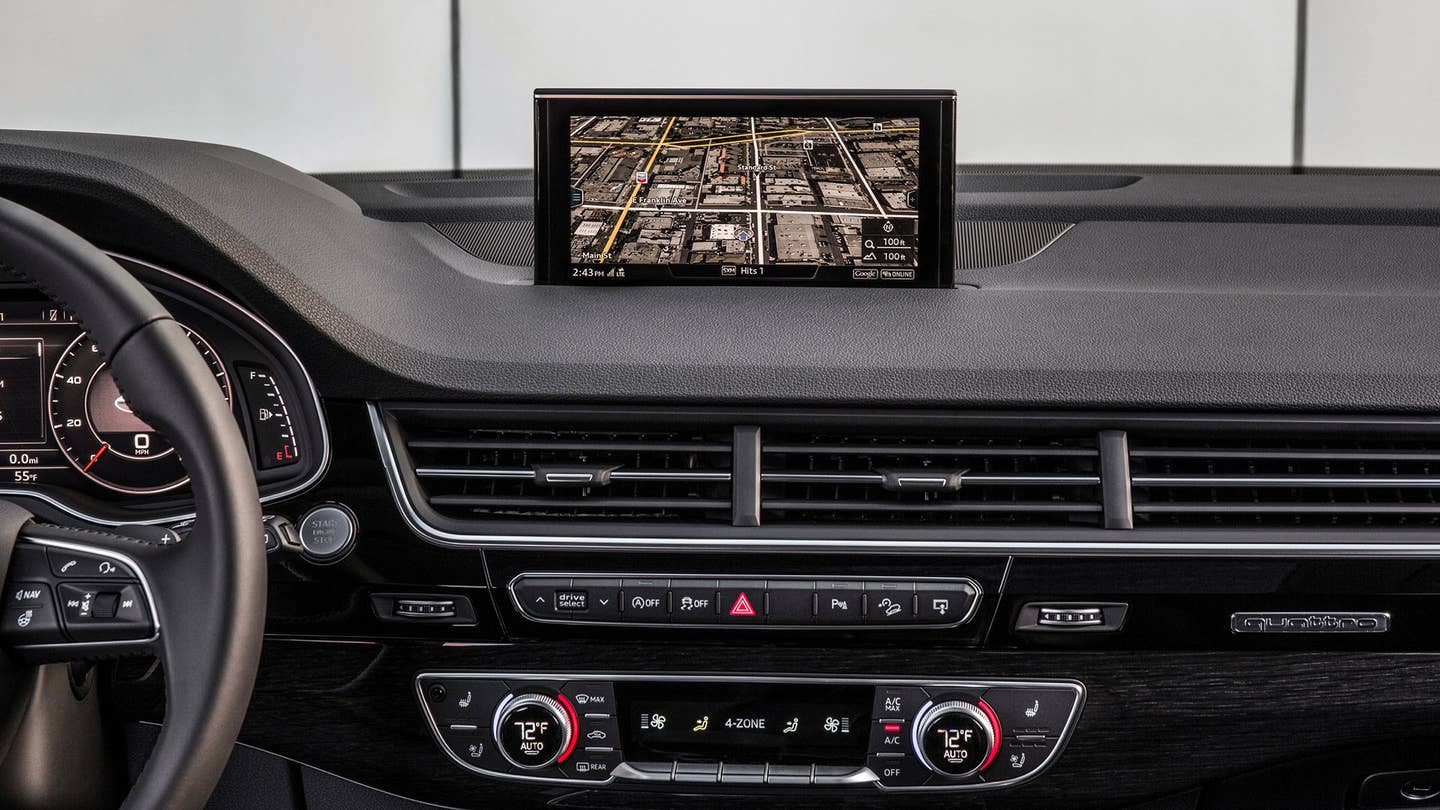 From Faraday to BMW to Kia, self-driving technology is all the rage at CES this year. Not to be outshined at the national science fair, Qualcomm announced Snapdragon 602A chipsets for all 2017 Audis, enabling a slew of infotainment and driver-assist features.

The smartphone and mobile chipset company has made big strides in connectivity for years, and paired with Audi's ambitions of delivering next-gen infotainment features, the announcement was not surprising. The Snapdragon 602A chip is capable of supporting four displays, including a massive 4K UHD center console touch screen. In its CES 2016 demonstration, Qualcomm showed how its center console interface is capable of showing map and navigation with real-time traffic report, music player, daily calendar and other functions at the same time. The Qualcomm Snapdragon 602A also displays the readouts on the driver's instrument cluster as well as two additional screens that represent the rear seat entertainment displays.

Beyond the 602A, Qualcomm also introduced its latest Snapdragon 820A chip at CES 2016. The 820A adds a number of enhancements including vehicle-to-vehicle communication capabilities as well as some A.I. that will improve the ADAS platform. Details on the latest Snapdragon 820A are limited at this point, and the chipset is not expected to find its way into a production car for another couple of years. Meantime, the Snapdragon 602A chip is expected to find its way in Audi models as soon as the end of the year.

Check out the Qualcomm demo with Audi at CES 2016 in the video below: