It's the first Aston Martin to rock a Mercedes-AMG powerplant. 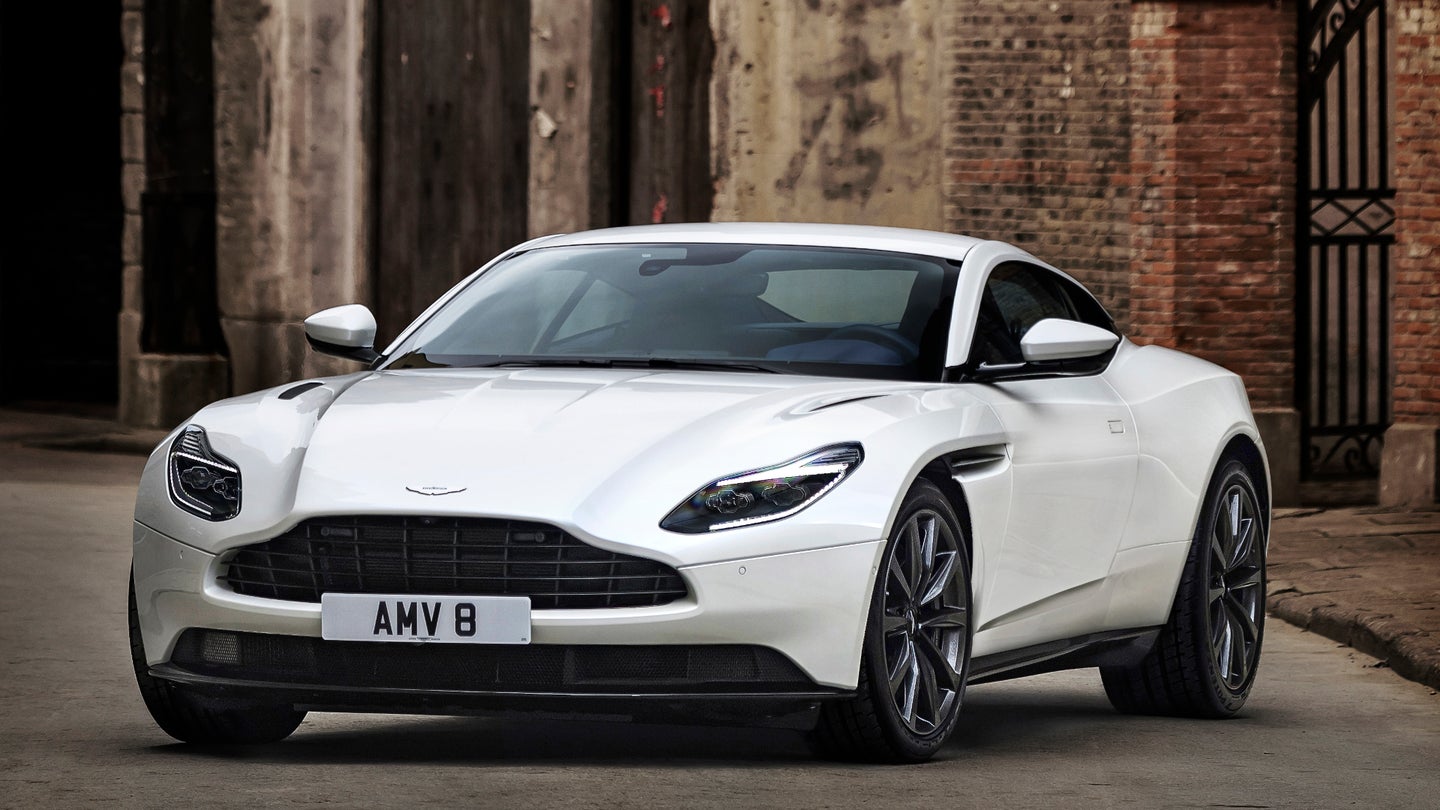 The Aston Martin DB11 is, as we put it last year, the first car from the folks at Gaydon to be truly of the 21st century. Now it's set another benchmark for the company—the first car to bear the fruit of the "technical partnership" between Aston Martin and Mercedes-AMG, in the form of a new 503 horsepower, twin-turbo V8 engine.

The 4.0 liter V8 is essentially the same powerplant found in the Mercedes-Benz AMG C63 S, and while there's a slight power and performance drop on all fronts (except fuel economy) compared to the DB11's usual 5.2 liter V12, the smaller engine also weighs about 254 pounds less and sits further behind the front axle than the V12. That difference in weight distribution should noticeably sharpen up the handling, according to the company.

Even though the engine itself comes straight from Daimler, Aston Martin crafted their own engine mounts, intake and exhaust systems, and ECU programming. On the outside, they've done very little to differentiate the "base" V8 model from its brethren—aside from a special wheel finish and two fewer vents in the hood, no one has to know you didn't shell out an extra $17,000 for the V12 DB11.

That is, unless they're deaf. A V12 may the gold standard in grand tourers, but that AMG V8 belts out its own unmistakable operatic solo. Some thought the upcoming Aston Martin Vantage would be the company's first car to use an engine from Mercedes-Benz's tuning specialists—and the first chance for anyone to shift their own behind an AMG mill—but it appears the DB11 and its runaway sales success made a better business case.