The former Fisker Karma is now rolling off the production line at a new California factory. 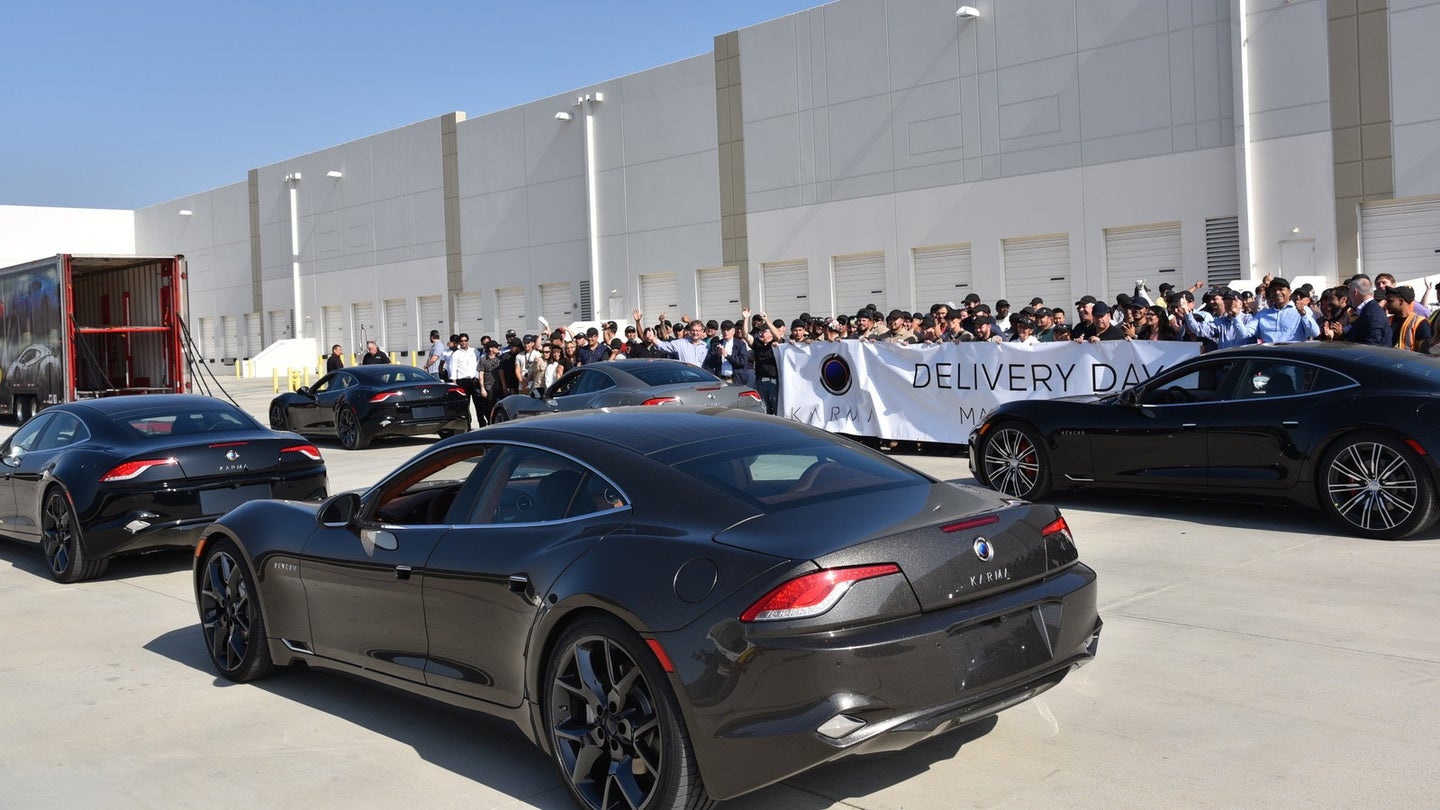 It's not very often that a car reenters production after roughly five years—but that's exactly the case with the Karma Revero, the extended-range electric luxury sedan formerly known as the Fisker Karma. On Monday, the first customer cars rolled out of Karma's new factory in Moreno Valley, California, where they were loaded onto trucks while 800 employees celebrated the moment.

Karma-slash-Fisker was one of the first startups to attempt to ride the electric-car wave, and its sole product's convoluted history demonstrates the challenges facing companies now entering the field. Fisker Automotive arrived on the scene around the same time as Tesla, pitching the range-extended Karma—an electric car with a small gasoline that acts as a generator but doesn't actually drive the wheels—as a more practical alternative to the all-electric Model S. But quality issues and other problems doomed the company. Production halted in 2012 after roughly 2,500 cars were built, and Fisker declared bankruptcy shortly after that.

Company founder and namesake Henrik Fisker had already departed by then, and has since gone on to other automotive enterprises. The remains of Fisker Automotive were purchased by Chinese automotive supplier Wanxiang, and reconstituted into Karma. The revived automaker set up its California factory to build what is now known as the Revero. (The entire 2012 Fisker Karma production run, in contrast, was built under contract by Valmet Automotive in Finland.)

While the factory may be new, the car isn't. The Revero is mostly unchanged from the original Fisker Karma, although it now has a claimed electric range of 50 miles, compared to 32 miles for the original. Total system output is 403 horsepower. Karma says the Revero will do 0 to 60 miles per hour in 5.4 seconds, and reach a top speed of 125 mph. That seems fairly enticing...but the Revero is still a fairly old design by industry standards, and that may work against it in the showroom.

Since the original Fisker Karma production run ended, several new startups have cropped out with luxury electric cars of their own. The likes of Faraday Future and Lucid Motors would apparently rather emphasize Tesla's success, and ignore Fisker's failure, as they launch their new models. Whether the Karma can rediscover a niche in this new EV world, however, remains to be seen.

“Few buy what they dream.”