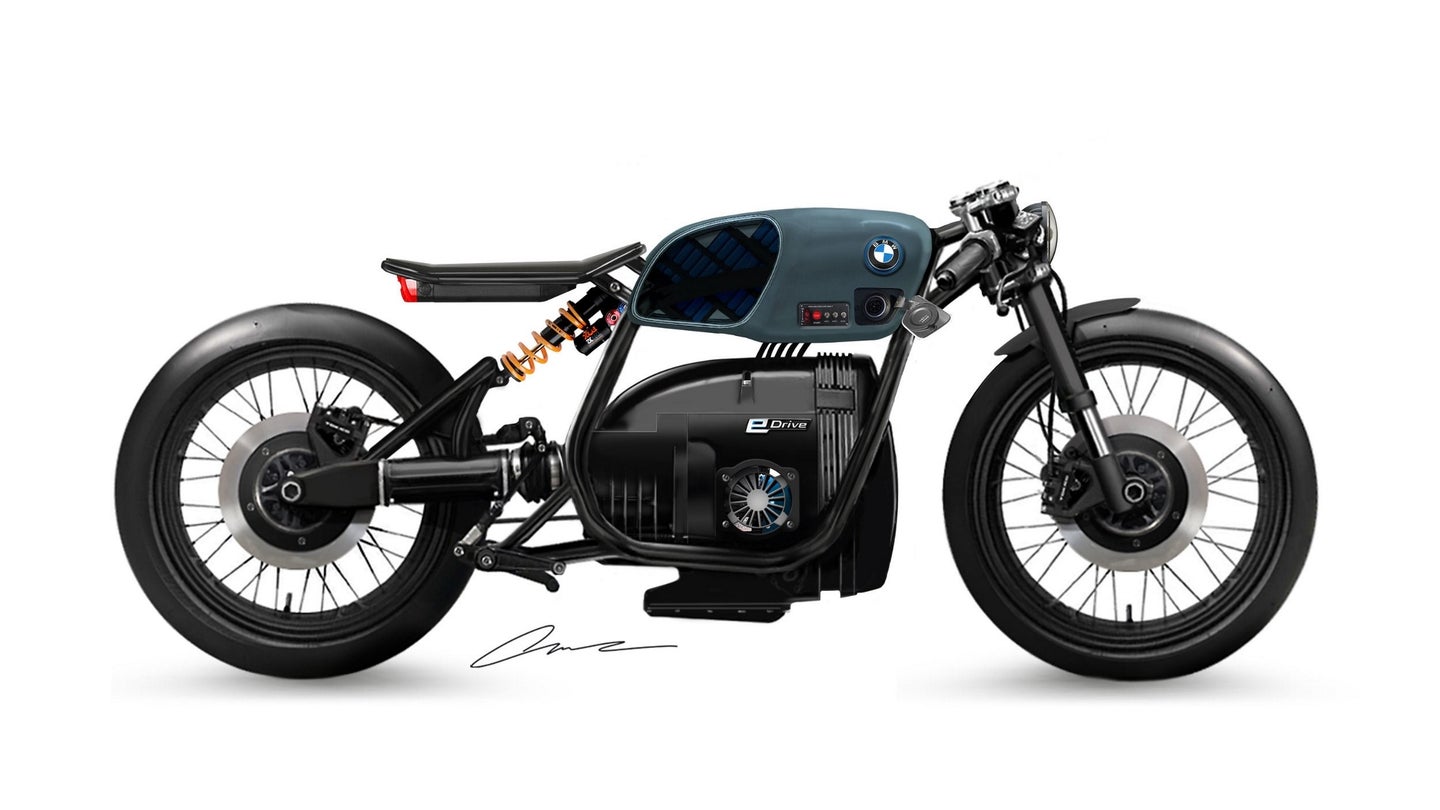 The future of electrified motorcycles is plenty exciting, both in terms of efficiency and performance. As the forward-thinking two-wheelers gradually become more mainstream, designers with big ideas about how electric bikes can look cool keep advancing. One example of that is Dutch designer Luuc Muis and his vision for an electrified BMW R80 or what he calls the ER80.

The original R80 of the 1980s, officially called the R80G/S, was the first BMW GS model and is considered by many to be the first-ever adventure bike. Despite being an ADV, it’s a bike that’s often customized into a cafe racer thanks to its rather simple design and retro looks.

What we see here is a custom R80 with its original boxer engine replaced with a five-kilowatt electric E-Drive unit. The mods are far from over; this R80 concept has a slim minimalist seat, a heavily revised front-end, a tail delete, and some buttons and switches on the tank along with a charging port.

Luuc Muis takes an emotional approach to the motorcycles he designs. He works to ensure that they appeal to all of our senses, which means this electric bike won't be silent. Muis explains he wants sounds indicating the bike is on, that it’s accelerating, and even when something is broken so we don’t lose the audible experience of motorcycling.

Muis also wants to buck the trend of single-speed e-bikes and go with a traditional manual transmission like the Victory Empulse TT did. To him and many others, shifting is a vital part of the experience and that shouldn't be lost when electric bikes take over.

In all, this BMW ER80 concept is retro/modern in the coolest way. It's a concept that speaks artistically and mechanically in a pure yet progressive way. If Muis ever decides to build it, we'll do what we can to be first in line for a test ride.