There’s still a lot of fun, brap-filled potential out there. 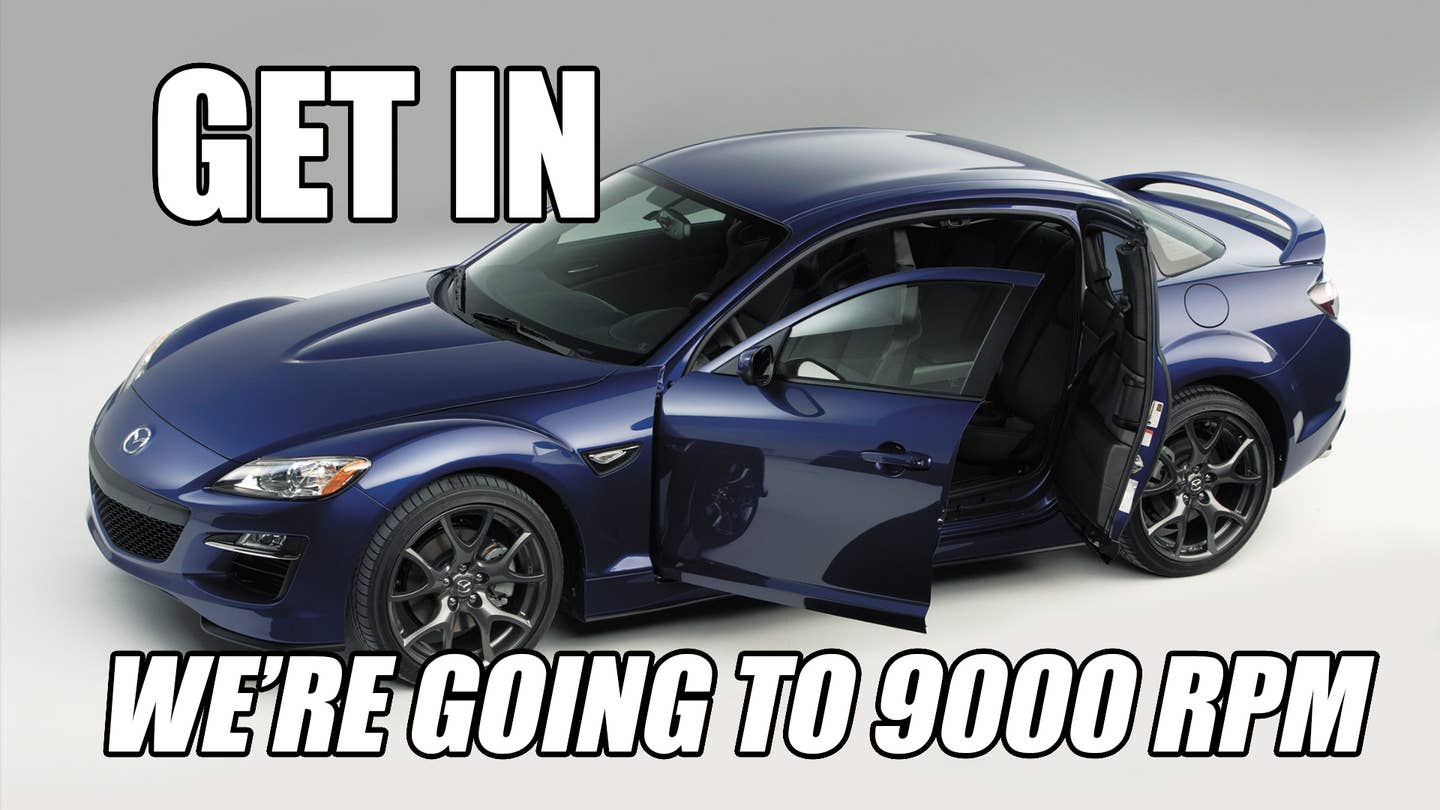 Finding affordable cool cars is about how much patience you have and how much trouble you’re willing to deal with. One might think years of wrenching and fixing various heaps would wear a person down, but the experience often has quite the opposite effect. The deeper enthusiasts and DIY wrenchers dive into their automotive passions, the more they’re willing to put up with and invest in fun cars with known problems. Throwing money at a Mazda RX-8 is a perfect example.

I'm kind of the poster child of this mantra with my old Land Rover Discovery, and my simple strategy has worked. Though Discos are known to have issues, the key is to get into the car for cheap, maintain a deeply entrenched fear of breaking down so you do everything you can to keep it reliable, and then relish in the fact that you're having a ton of fun behind the wheel for little money.

It seems like the route to optimal and cheap RX-8 ownership is similar: Buy one with known issues for ultra-cheap. It seems like non-runners can range anywhere from $1,000 to $3,000, depending on the condition of the rest of the car. These could be great deals, especially considering a running example sporting a power plant in unknown condition seems to fetch around $5,000-plus these days. YouTuber and rotary aficionado Rob Dahm demonstrates this perfectly with a video he recently published on his channel:

The comment sections of RX-8 content are volatile, to say the least. We've all seen people damning the apex seals, the deep hatred for the RX-8’s terrible fuel economy, and the remarks about all of the Mazda's other seal problems. The latter is the issue of focus in the video above.

Apparently, all that was wrong with this little Renesis 13B engine was a water seal that popped and was leaking coolant inside the engine. Rob demonstrates that the mechanical simplicity and small size of these engines makes them easy to pull, crack open, and see what's wrong. There are some special strategies for doing so, but it's otherwise nothing an amateur working in the garage with a decent variety of tools couldn't do.

This is all to say that there are still cheap RX-8s out there that are ripe for the pickin'. There are still people who don't want to pay someone to swap the worn or broken Renesis out of an otherwise clean rear-wheel-drive sports cars. I don't care what kind of hate they get, these cars are thrilling. Anyone who has ever given one a proper romp can attest to its raucous engine tone, decent power, great inputs, and brilliant chassis.

If you buy one that has known issues, there will be two available routes to take. One option is to remove the engine, crack it open, see what's up, and rebuild and reseal it. Option two is to buy a professionally redone engine that's as good as new.

Check out the video above and consider scoping out some potential on Craigslist. A ton of fun can be had in something that costs $7,000 or less, net. For further reference, check out how the story continues, too:

Finally, if reading this has ignited your interest in RX-8s but you're not quite ready to take the plunge into buying a basket-case car, Mazda's digital archive might provide even more inspiration. Or at least, give you a chance to appreciate more angles of the unique car.

As if the rotary engine wasn’t obscure enough.

Mazdaspeed isn’t coming back, but is rear-wheel drive and extra power enough to scratch the itch?