The Twofer: The Dark Side Edition

How to harness The Force in your slumber, and your daily commute. 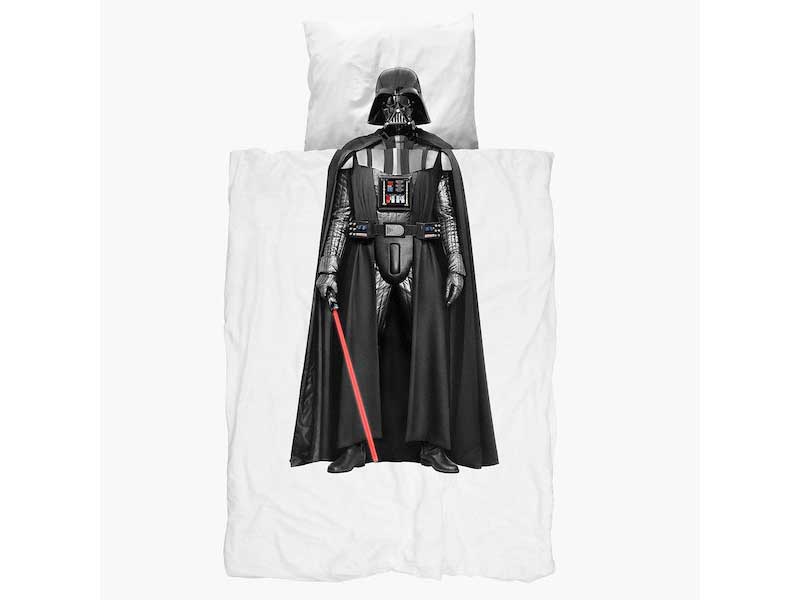 When it comes to epic space operas, America knows what it likes. That’s Star Wars, brother, and don’t you forget it. Come Dec. 18, fans, fanatics and people who literally wear Storm Trooper suits 24/7 will have reason for a celebratory toast in the cantina: Star Wars: The Force Awakens is zooming into theaters. Mark Hamill and Carrie Fisher (along with a slew of newbies like Adam Driver and Lupita Nyong’o) will be reprising their roles as warriors of the light, but before the premier, why not flirt with the dark side? Life is about balance.

Do so in your sleep, as to keep your conscience clean. This murderously cool bedspread available on J. Crew’s website illustrates Darth Vader’s suit in button-perfect detail, while the pillow case’s mask alludes to the villain’s pitch-black soul. Sleeping beneath the enemy isn’t sleeping with the enemy, right?

For the fan craving a little more, well, force, how about the blackest car to ever roll out of Detroit? Behold, in imperial splendor, this 1987 Buick GNX. Though it shares a shape with the contemporary Regal, a paragon of purity, the GNX, like another dark lord, is corrupted past the point of recognition. The Regal’s heart was ripped out and replaced with an unnaturally powerful 3.8-liter turbocharged V6, and the car had a makeover in all black, from grill to exhaust. When it debuted in the Eighties, the Grand National was dubbed “Darth Vader’s Car.” That’s silly: Darth Vader doesn’t need a witheringly sinister Eighties muscle car. You do.