Ready to attack the trails? Pick up a bike that’s made for it. 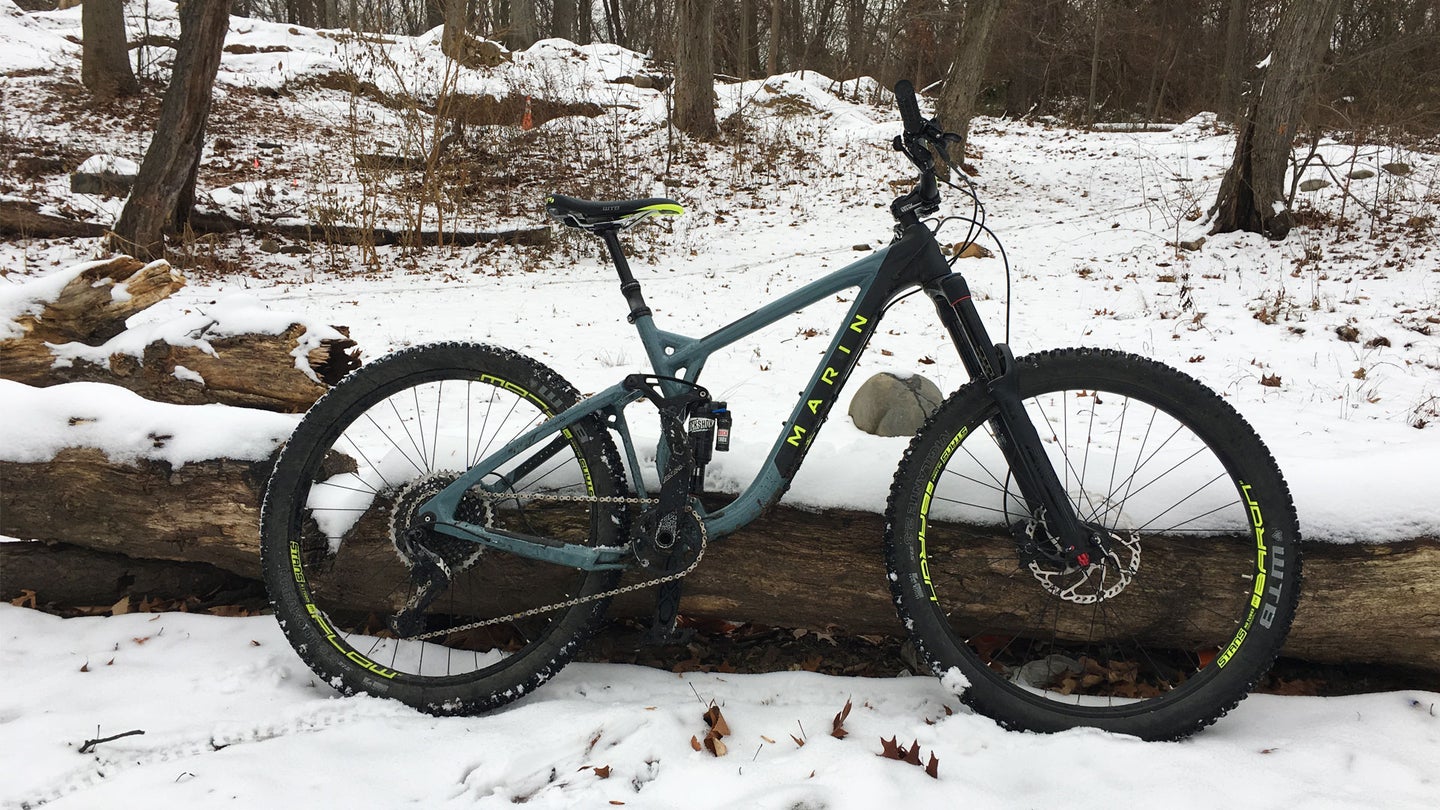 Building on a very solid 2017 model, Marin decided to upgrade the Attack Trail for 2018. In doing so, the bike-maker has continued to position the Attack Trail as a top-performing enduro race bike, one which finds itself at home on pretty much any trails—the faster and more demanding, the better.

Marin started with a new aluminum frame for the bike, complete with a reinforced front triangle and swingarm. The RockShox front and rear suspensions are excellent, in both their ease of adjustment to a rider's weight and style and in their overall breadth of performance; 160 milimeters of travel in the front allows you to tackle most everything a trail throws at you.

Marin outfitted the bike with outstanding, top-of the-line components, including Shimano brakes (203mm up front, 180mm in back), tubeless compatible rims and tires, and 27.5-inch wheels.

In order to make sure this Marin could hold its own, The Drive tested the bike in various conditions. It shone brightest on softer forest trails and held its own in pure downhill terrain, but we started discovering its limit in very rocky terrain, but that's not really what the bike was made for. When used in more typical enduro racing conditions, the Attack Trail 8 proved all-around excellent, from its precise handling to the light pedaling action when climbing back up the steep hill was required.

And as you can see in the pictures we took during our test ride, it's not a bad-looking mountain bike, either.

Overall, Marin has put together a really impressive package for a price of $4,199. (That said, if you don't need quite so much capability or don't want to spend so much, the company also sells the Attack Trail 7 for $2,649.)

Because you have to get out of the car sometimes—but that doesn’t mean you can’t still feel the blur.

Mercedes hopes the partnership with UCI can help launch the X-CLass.