Radical housing for canines and an Italian sports car to bark at the moon. 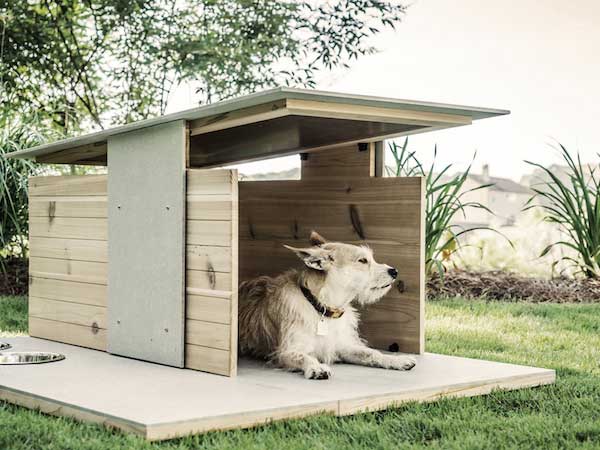 The latest in our recurring series where odd couples become dream teams.

We, the collective we—America—love dogs. This country organizes puppy football games and sells canine couture and has, on no less than 15 occasions, produced an Airbud movie. There are 75 million dogs in the United States. More than 1 million of them are listed as the primary beneficiary of an estate.

If you’re unprepared to give a human house to your pet (read: sane), a dwelling from Pyramd Design Co. will do nicely. It’s ergonomic, chic and clever, an Eddie’s House for the everyman. Pre-order here.

Maybe you don’t have a dog. No worries, we’ve got you covered. The Ferrari Mondial is least lamented of an old breed, the Practical ‘80s Supercar. Seating for four, a trunk and a mild, mid-mounted V8 engine. That all sounds… fine. Now look at this car from top to bottom. That’s where all the problems are. Patrick Bedard of Car and Driver described the Mondial as “a rather unattractive lump.” A friend of mine, who is not Patrick Bedard, recently drove one and likened it to “downing a fistful Quaaludes.” The Mondial is persona non grata among the Ferrari tifosi, and for good reason.

An old-school helmet and 283 cubic inches of NASCAR nostalgia.