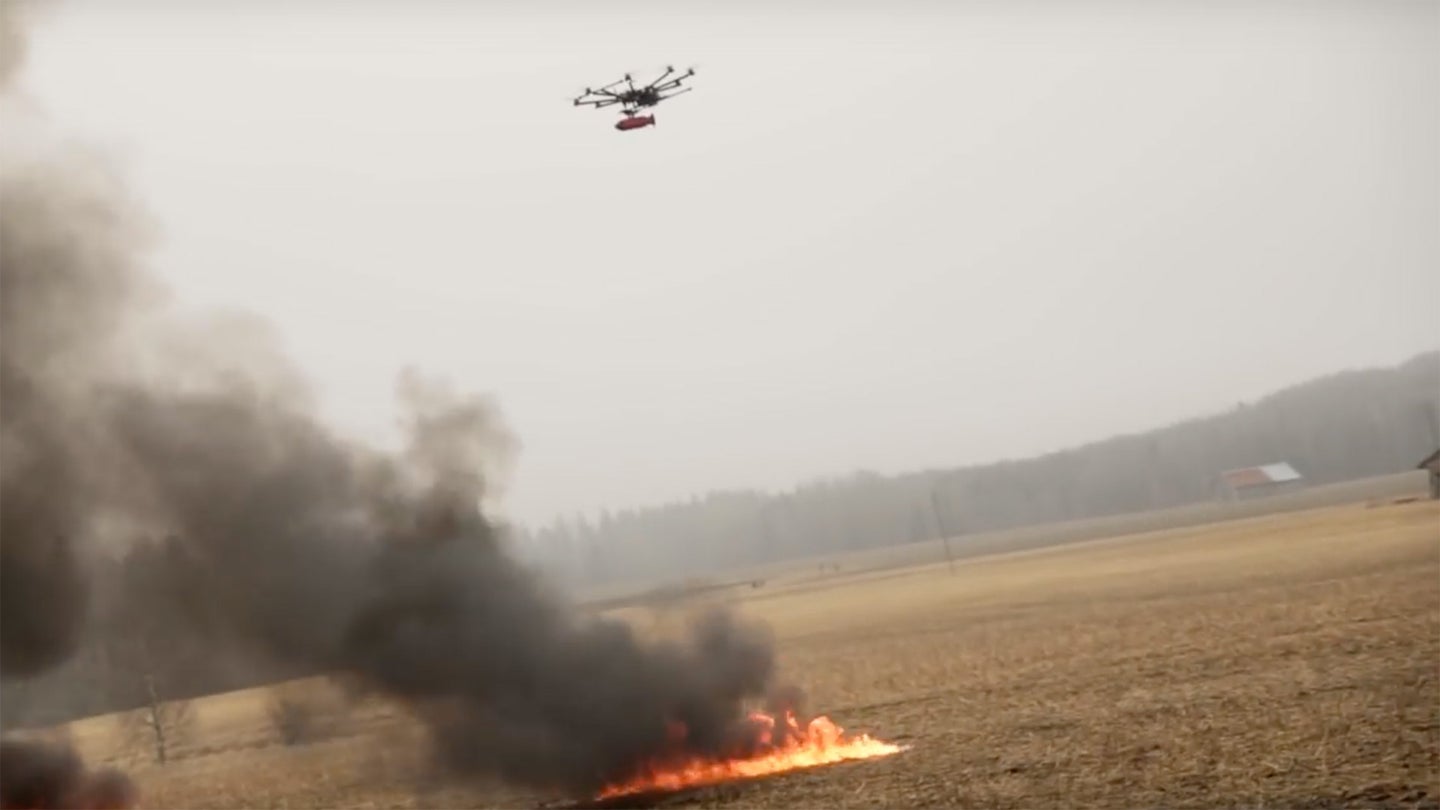 Using an explosion or shockwave to extinguish a fire has been done plenty of times before. However, implementing such extinguishing methods have often been difficult, even somewhat impractical in the past. Now, the people behind the YouTube account Sons of Xplosions have developed a drone that drops an explosive device—filled with fire retardant—on a blaze to rapidly extinguish it.

Unfortunately, even small fires can often be hard to reach using fire trucks. Realizing there needs to be an easier way to extinguish fires and subsequently alleviate emergencies, the YouTubers invented a firefighting drone.

According to Australian engineer Dr. Graham Doig, an explosion can extinguish a fire because “the sudden change in pressure across the shockwave, and then the impulse of the airflow behind it pushed the straight off the fuel source.” Think of it like blowing out a candle...only much more awesome.

Obviously, this sort of technology would need to be heavily regulated and monitored by both the FAA and probably a bunch of other agencies with acronyms for names, but once it gets through those hurdles, this explosive-dropping drone could help various fire departments extinguish stubborn or hard to reach fires.