Hero of the Day: Snowblind Subie

When the Endless Winter is always somewhere. 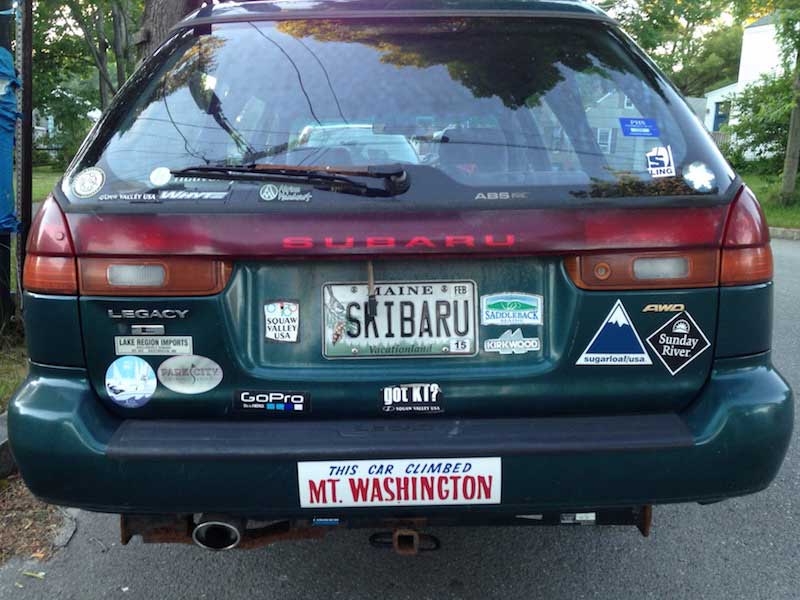 This guy, who straddles stereotypes like they were Poma lifts. First, he’s a Mainer who drives a Subaru Legacy wagon. Second, he’s an Legacy wagon owner who skis. Third, he makes it known to all who might follow his liftgate that his skis get around, and not just in New England: Squaw. Kirkwood. Park City. The guy is a winter dirtbag of the highest suburban order. And if the flakes don’t fly? Well, there’s always another Sunday drive up Mt. Washington. Hero.

Hero of the Day: Allroad, Allday and Allofthenight

Off the grid and in the grit.

Hero of the Day: Chopper Karate

A high-powered kick in the face to start your morning.