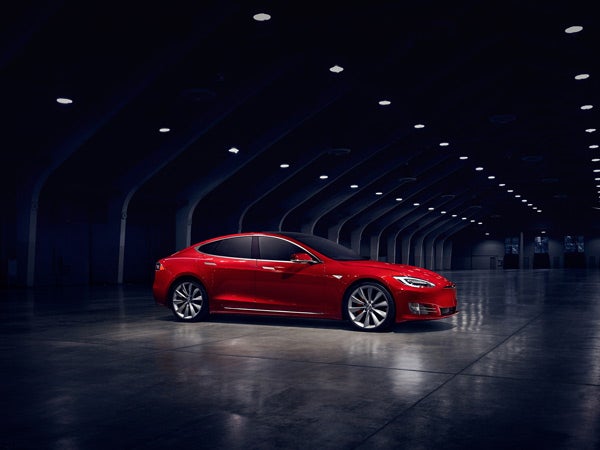 Once priding itself for being the safest car in the US, the Tesla Model S has fallen short of IIHS criteria to be considered a Top Safety Pick. Recent tests determined the Model S to be less safe than some noteworthy electric competitors including the BMW i3 and Chevrolet Volt. This comes as a result of the IIHS testing a variety of fields including small overlap frontal crashes and rollovers, among others.

The Model S owes its troubles to a few different factors. First, its real heavy. The car's overall weight contributed to its problems in the crash test, proving to be too much for its roof in case of a rollover crash. All of the extra battery packs in high-range models only increase this number, making it a bigger issue than previously expected. A precarious seatbelt issue is also being looked into by the manufacturer, another point raised by the IIHS.

In response to these results, Tesla released the following statement:

"We proactively develop updates and aggressively implement changes onto the production line in record time any time there is a substantial benefit to customer safety. One of the improvements recently introduced in January 2017 specifically addresses the "Acceptable" (or second highest) rating that the Model S achieved in the small overlap frontal crash test, and we expect new tests to yield the highest possible rating ("Good" rating) in the crashworthiness category.

Additionally, IIHS tested a vehicle that was in transition with new Autopilot hardware, but without the new software that enables Automatic Emergency Braking. In the coming weeks, Automatic Emergency Braking will be deployed via a free over-the-air software update, and IIHS will be testing a new vehicle. We expect to receive the highest possible rating in every category, making Model S eligible for the IIHS Top Safety Pick award."

Tesla invests a lot of trust into their active safety systems including Autopilot and Automatic Emergency Braking. These are planned to increase the car's safety dramatically, though we didn't get to see that play out in this case. System advancements are being made to put the Model S back on top, placing itself once again at the top of the IIHS' list.