Holy $#*!, We Just Saw BMW’s New Film “The Escape” Before It Premieres 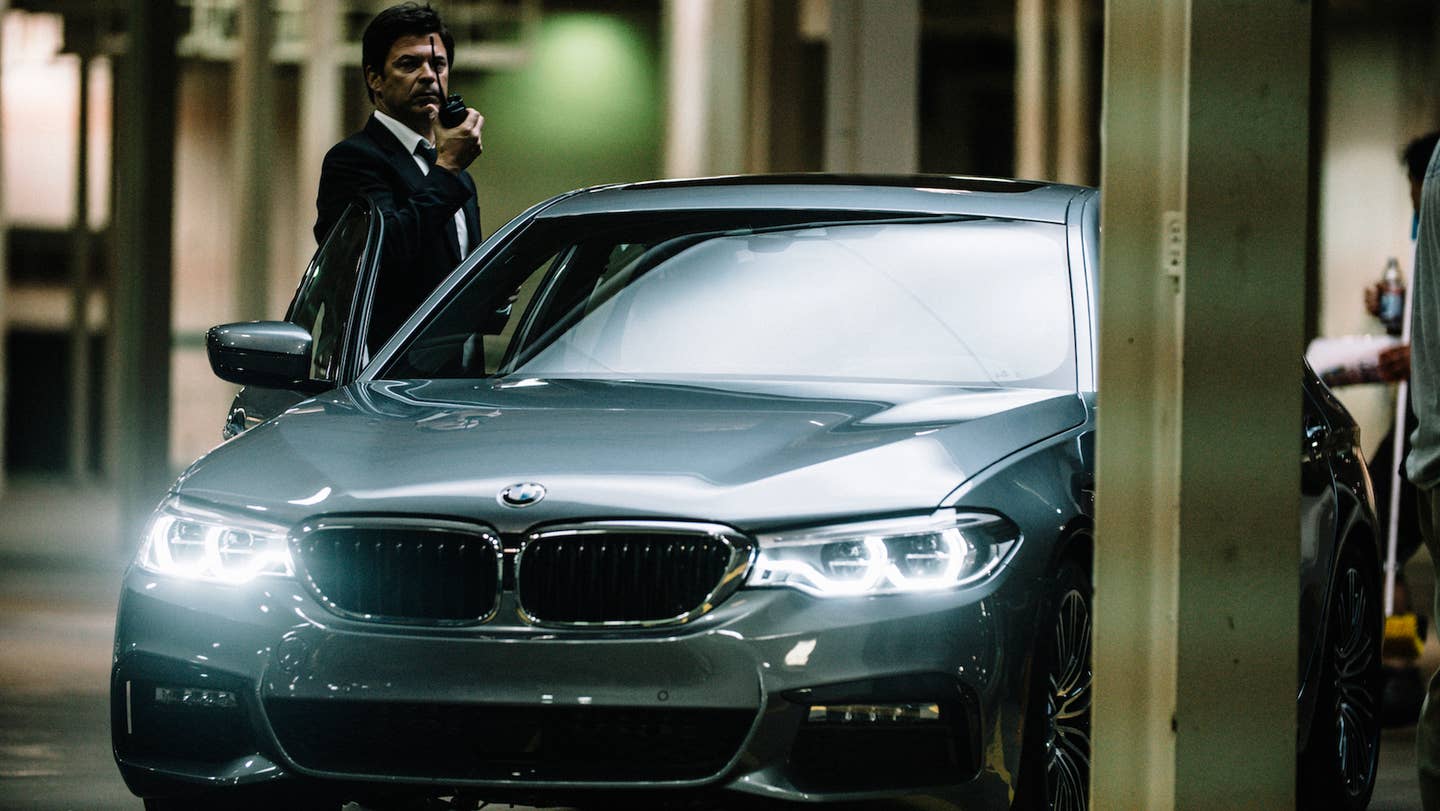 Ever since BMW announced it would release a new installment of The Hire, a series of short films starring Clive Owen it launched back in 2001, we’ve been giddy. The new film, The Escape, sees Owen return as the laconic, nameless character of The Driver, and features District 9 director Neill Blomkamp behind the lens. We drooled when the trailer dropped; BMW even arranged for us to talk to Matt Mullins, Owen’s stunt driver and the chief driving instructor at BMW’s Performance Driving School. But the hero car had yet to be released, so we couldn’t discuss it. Until today, when BMW sent us the full 11-minute film to watch.

The real star—no offense to Clive Owen, Dakota Fanning, Jon Bernthal, and Vera Farmiga—is the new BMW 5 series. Sadly, we can’t show you the new sleek beast in action—you'll have to head to BMWFilms.com this Sunday, October 23rd at 6pm Eastern time, when the full flick debuts—but we can tell you that the 5 series shines in the lead role.

There's high-revving, tire-squealing action. A well-executed J-turn or two. Epic oversteering. Plumes of tire smoke. A big explosion. And an unexpected battle between the BMW and a helicopter. The action sequences start a little more than two minutes into the film and they don't let up until just before the credits.

We’ll leave the plot and particulars unspoiled, but wanted to leave you with an exchange of dialogue that gave us a little chuckle:

THE DRIVER (Owen): I might be a little rusty right now, but I’ve been doing this for a long time. I’m very good at it.

FIVE (Fanning): That only means your chances of failure increase with each outing, statistically speaking.

Hats off to Blomkamp, the cast and BMW for bringing back the franchise in strong fashion. We can’t wait until the next installment.

Inside the Making of ‘The Escape,’ the New BMW Film Starring Clive Owen

We talk to Matt Mullins, Owen’s stunt driver, about filming the next evolution in an iconic series.

Fifteen years after The Hire series made us lust after the E39 M5, BMW is bringing out an all-new original film.