Putting the East behind us, at last. 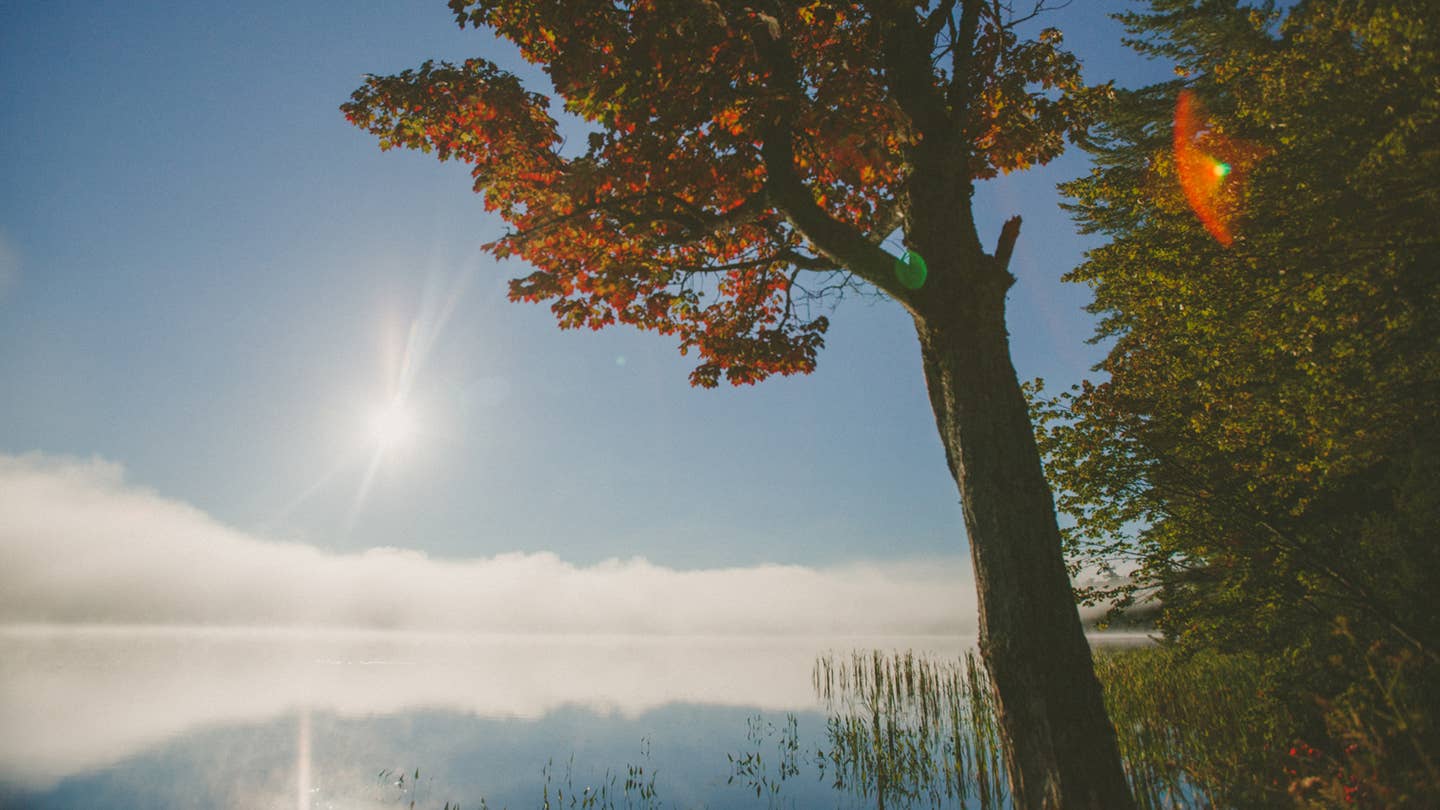 We spent the better part of a month in Maine—longer than we’d planned by double. Roved its coasts and mountains, drove through its villages and cities. Watched lobster boats point their prows at the coming and going tides, the sea draining and swelling against its blue stone shore. It’s a sprawling, beautiful place, but there’s plenty of country left to see. An entire coast to explore before this year’s out.

It feels good to be moving. Going somewhere with a purpose beyond wandering. Headed west again, out towards the open spaces we left behind in May. We retrace our steps. Leave the turning leaves in Portland and gun for the green hills of Vermont. We’re travelling with Brandon and Leigh in earnest, and it takes a day or two to work out a system.

The Vanagon, with its lift, soft springs, and accommodating external reservoir Fox dampers, is a wonder on rough and rutted roads. The little brown machine can leave us in its dust as we shake and rattle over the worst of it, our teeth clattering courtesy of the truck’s ox-cart suspension. But even with a watercooled, Subaru-sourced EJ22 in place of the original, anemic air-cooled lump, the van’s no rocket. There’s a heady 140 horsepower at the crank, one hundred and forty lonely horses left to pull 4,500 pounds around the continent. A stern hill or stiff wind can play hell on the average speed. On the open highway, it’s us that does the leaving.

Better to travel separate and meet up each night, we discover. Drive at our own paces. If mechanical calamity strikes either vehicle, a pair of helping hands is never more than an hour away. Caravans are for the cowardly.

Labor Day goes quietly. Passes with us parked at a cabin outside of Cavindish, Vermont. We let our daughter roll in the grass with the dogs, give her a shot at being raised by a pair of loving hounds. When the weekend’s done, we head back towards the Adirondacks to enjoy the last days of the season up there. Restaurants and trinket shops already shuttering their doors for the days when tourists aren’t so numerous. There’s no traffic, just miles of empty and beautiful two-lane wandering through the lakes and ridges. We’ve come a long way south from where we were, but it’s still cool at night. The camper’s heater hums us to sleep.

As a kid, I never understood Labor Day as the official end of summer. I was a child of the Appalachian South, where long, hot afternoons kept up through October. The seasons make more sense up here. The temperature falls with the sun and your breath hangs in the air in front of you, a glowing whisp against the stars or the flickering fire. The first kiss of autumn.

This is the spur in my side. The push. Get west and north before the snow comes and the passes close. See what we can of Wyoming and Montana while winter’s still a few weeks off. Get to the Pacific before the clouds come for Seattle. Put the east behind us, at last.