Our nation's steel spine was dug out of these hills. 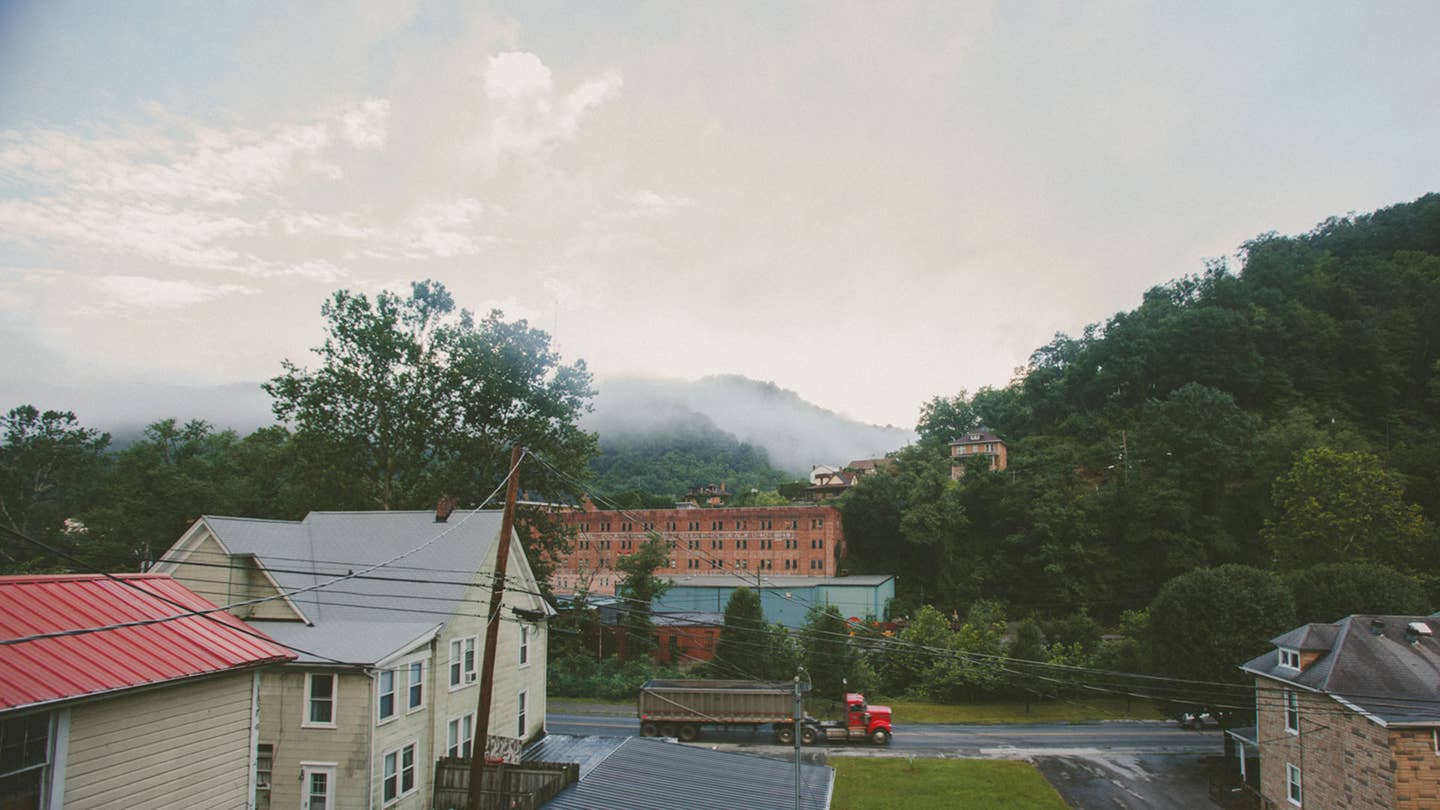 We’d made no plans for the Northeast. When we set out back in February, our goal was to hunt out corners of the country we’d never seen. Places we thought might make a good home. We aimed to let our curiosity lead us around the continent, and while the old colonies are beautiful in their own right, neither of us had much interest in spending our time jousting with crowds or tracing roads we’d run before.

July was to lead us to the cooler summer days of Oregon and Washington. Instead, we found ourselves mired in the sticky heat of the south. We could do another marathon dash—run west and pray for the mercy of the plains, dodge fitful thunderstorms and tornadoes, and endure the merciless Kansas sun. We could retrace our steps and wind up back in the Rockies. Or we could go north. See New York, New Hampshire, Vermont, and Maine at their sweetest. Look for the precious wildness of those places.

We left Lexington, pointed the truck away from the hellscape of I-81, and went west for a spell, over to West Virginia. Traced our way down the switchback gully roads, past the recent flooding, the creek and river banks blotted with driftwood piled high and wide—trees, limbs, great portions of what used to be someone’s kitchen wall, all washed the pale tan of mountain mud. We worked our way to McDowell County. To Welch.

The place is a living shadow. Fifty years ago, there were 100,000 people crammed within the county’s borders, and every last one of them was married to the only industry that mattered: coal. Once upon a time, McDowell drug more metallurgical coal out of the ground than any other county in the United States. Maybe even the world. The coal made steel, and the steel made America, feeding a fierce and burning appetite for bridges and buildings that spanned wider and stood taller than any before them. For gleaming and gorgeous cars, low-slung and made of real goddamned metal. Cars with dangerous and beautiful names—Electras and Continentals and Wildcats and Galaxies. And for refrigerators and washing machines and lawn mowers, all of it milled from the black bones of McDowell County.

And that meant money. A staggering amount of money. Towns sprang up around each mine, reaching up the ridge sides on a tangle of roads and retaining walls hewn by Italian stonemasons. Three- and four-story brick affairs with turrets and green copper roofs. Imported Tiffany stained glass and ballrooms in the attics, some with cellars as tall as the homes themselves, all built high against the impossible slope of the Appalachian hills. And still there wasn’t enough room. Massive, sprawling apartment buildings sprang up to house the rest and the country’s very first municipal parking garage was erected to hold their cars.

Now the coal is slow, the easy seams gone, the harder ones more expensive to mine. Demand has crumpled in the face of regulation and public opinion. So has McDowell County; the population has dwindled to somewhere around 20,000 people. Those that went left a great emptiness behind. Mines. Schools. Churches. Shops. Homes. An emptiness that is somehow worse than the nothingness that came before it. The vast and shaded mountains that run on for wild and wilder miles.

My aunt and uncle tell me all this. They’ve lived here for 20 years, she a teacher and him a mine engineer. He brings home old drawings and unfolds them on the kitchen table of their home, a sweeping, 110-year-old brick house with 10-foot ceilings and baseboard taller than two hands spread wide. There’s a servant’s quarters downstairs and a stand-up attic above us, a gentle wrap-around porch out front that will turn the bottoms of your feet black from the coal dust still in the air, brought up by the trucks and trains still hauling off for Pittsburgh. The place cost less than a decent used Lexus, and it will be here 100 years after you read these words.

He shows us the honeycomb grid of the old mines. How engineers and operators bring fresh air and clean water into the earth; how they get bad water and dead air back out again. How they seal off old sections with 12-foot-thick concrete walls, to keep gas at bay. How good they’ve gotten at pulling coal out of the ground. He shows us panels that might get opened up—if the price ever climbs again.

He loves this county. You can hear it in his voice. It’s where he raised his girls. It’s the only home that matters to him, but he’s been riding that "if" for two decades now. The coal is slow, and so is the work. When I ask him if they’ll stay in Welch, he hesitates.

How long a hundred years seems. An impossibility. A lucky lifetime, or a half instant borrowed from the giving Earth. The mountains are hungry for this place. We can feel it as we roll out of town. Hungry to fill the emptiness with the nothingness that was.