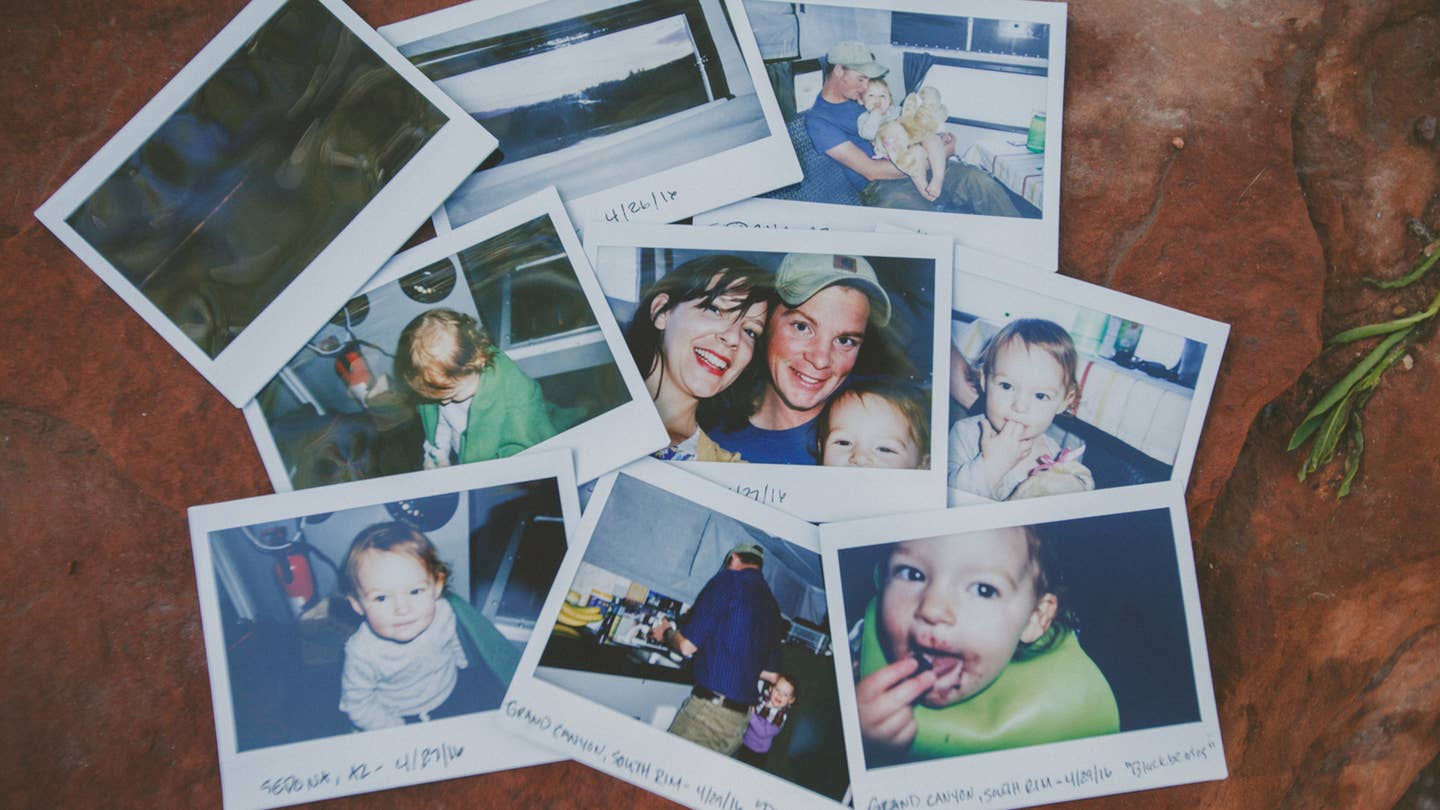 There’s a camera shop in Sedona that sells ridiculous hats and gemstones, T-shirts, postcards, local jewelry. Ceramics. Prints. Also cameras—beautiful lenses laid out on glass and brand-new bodies without so much as a click to their name. Tripods and lens covers, all waiting to help seize a lifetime of moments. It’s where we found Beth’s Mother’s Day gift: a Fuji Instax 300 Wide.

We have no need for another camera. We brought six between the two of us, a small fortune in glass and sensors to fill in the inadequacies of memory. To freeze this year in impossible resolution.

The Instax isn’t some marvel of technology. It’s a gimmick, a cynical marketing ploy designed to exploit Instagram’s fame. A modern Polaroid: click the shutter and out pops a physical print. Usually out of focus, brighter or darker than I’d hoped more often than not.

We bought it because of the hundreds of thousands of photos we’ve taken since we met, the only ones we’ve ever stopped to revisit are those that came out of my old AE-1 or her Pentax. The 35mm stills we stuffed in the basement and forgot about, then spent hours digging through a decade later, laughing and wondering at the beautiful life we’ve led so far. We’ve never gone digging through old hard drives. Never clicked through the shots from our first digital heavyweights or fired up old phones to see what might be lurking in their SDs.

The thing feels cheap. Disposable. Just a bunch of plastic, a few AA batteries, and a lens that sounds like it’s powered by the weakest of wind-up motors. But the photos, somehow, don't feel cheap at all. The film is expensive: $30 will buy you 20 shots, 10 per cartridge. And for the first time in fifteen years, we weigh what we see through the lens, to decide whether it’s worth committing to film. The scarcity is part of it, sure, but the images themselves are real in a way our perfectly clear digital stills aren’t. Far from beautiful, messy and a little incomplete, but genuine all the same. A more perfect portrait of our life. I adore them.

The wide vistas we leave to the Canons. We save the simple moments for the Instax; Beth brushing kiddo’s hair after a bath, kiddo helping me wash dishes by filling the clean bowls with slobber and alphabet letters. Her goofy, smiling face in every one.

I set us to roaming because I wanted to hold every second of this year in my hands. To watch my daughter grow and show her how big and beautiful her world is. I can already feel the days working their way through my fingers. Two months turns into twelve quicker than I’d like. The Instax is a gift to the three of us—a chance to pluck a handful of moments out of this year and save them as they really are. Out of focus, usually. Brighter or darker than I’d hoped, more often than not. But something to hold in our hands all the same.