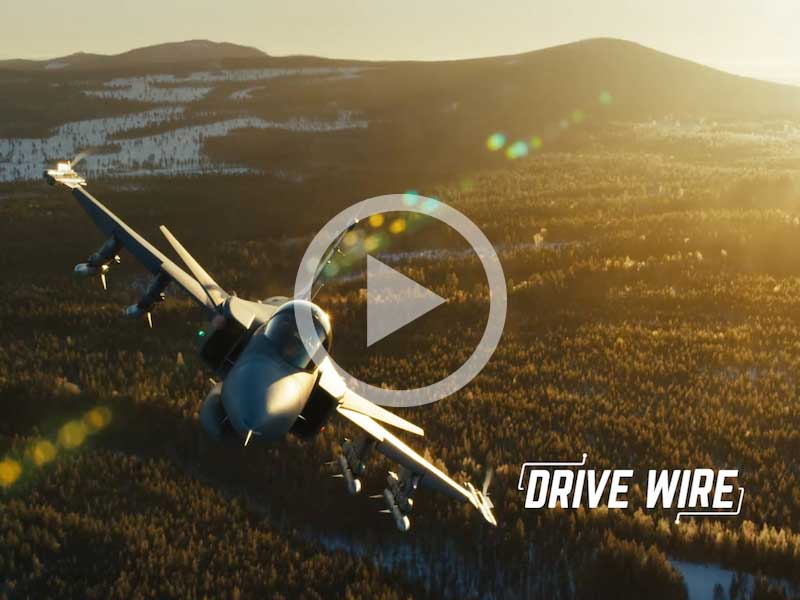 Hey guys, it’s Marisa Hunter and this is Drive Wire for Thursday, April 28.

Beginning the day with fun tuner news – German aftermarket speed shop Brabus is making the world a slightly faster place with a new setup for the Smart For-Two. Brabus takes the Smart car all the way from 89 to a pavement-scorching 107 magnificent horsepower. There’s also a suspension kit that includes anti-roll bars, but we’re more attracted to the jump in power. That increase means the Brabus gets to 60 in a about 9.5 seconds - enough to positively dominate in a drag race against its closest rival, the golf cart. But the real piece d’resistance is the Smart car electronic launch control to manage all that power. Sadly, we won’t get this Hellcat-killer in America yet.

News out of China, Audi has debuted the A4L, an extended-wheelbase version of their B9 platform sedan, at the Beijing Auto Show. The L is about an inch and a half longer than the standard A4, and in Chinese-market style, all that room goes into the back seat to make the passenger compartment more comfortable. For those who don’t know, Chinese executives buy a car to be driven in, not to drive, and the A4L fits that role perfectly. The exciting part for the rest of the world is the nifty 252 horsepower turbo four that debuted with the L; that, we might get, the rest of the car will be sold exclusively in China.

Volkswagen has scrapped the Golf R-400 project that would have put 400 horses in a GTI and endless smiles to the Volkswagen community. But there’s a silver lining here: VW will continue its pursuit of the front-wheel-drive Nurburgring record with a 306 horsepower model called the GTI Clubsport S. That’s about 15 horsepower more than the all-wheel-drive Golf R, going through the fronts alone! We’re eager to see how VW makes that work, and if they can take the Nurburgring crown back from the Honda Civic Type R.

Turning to gear, we have a cooler that can go anywhere you can, because the world is getting better every day. The Trailmate from Igloo has all-terrain wheels and a high capacity hermetic design that keeps up to a 112 beers cold for 4 days for you and all of your friends to enjoy on a nice weekend away. The Trailmate comes complete with tie-down loops, a deployable tray, and of course a hard-mounted bottle opener. Available now wherever gigantic coolers are sold.

For today’s ridiculous video, we have a behind-the-scenes reel from the filmmakers at Blue Sky Aerial, demonstrating their partnership with Saab’s defense aircraft division. Although these may seem like routine maneuvers, there is something truly mesmerizing about watching such a high-powered war machine effortlessly glide through the air. Hat tip to the pilot for making one of the most complex occupations look easy.