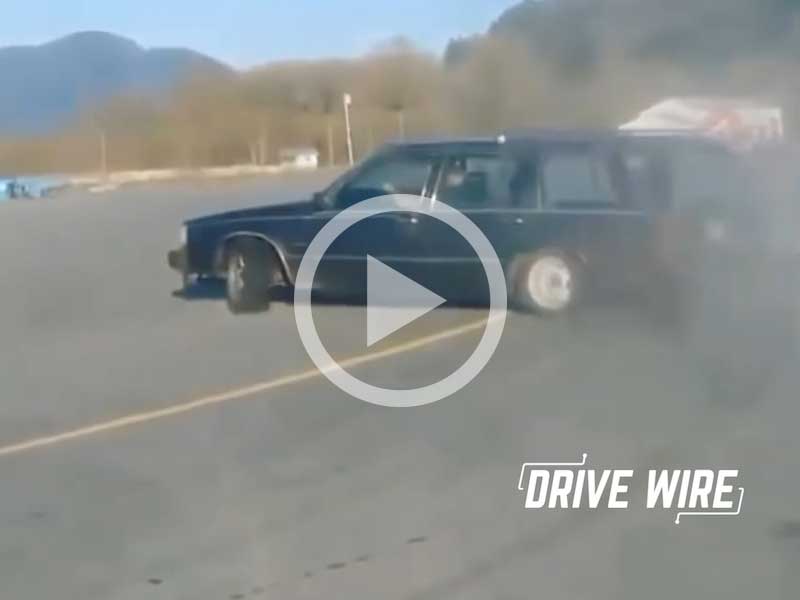 Hey guys, it’s Christina Thompson and this is Drive Wire for Tuesday, March 15.

Our top story today comes to us from the often crazy world of collector auctions. Porsche aficionado Jerry Seinfeld, who also has dabbled in comedy from time to time, sold off a portion of his collection at the Amelia Island Concours this weekend. Among the many cars in the sale were his 1955 Porsche 550 Spider, which gavelled for $5.35 million; a 1990 962C race car, which went for $1.65 million; and a 1974 911 Carrera “IROC” RSR, which exceeded expectations at $2.3 million. Overall, the collection went for 22 million, about 10 million under estimate, but since Mr. Seinfeld turned down well over 100 million for one last Seinfeld season, we doubt he cares too much.

Three-wheeled Eco-mobile manufacturer Elio says they will be producing an 84 mile-per-gallon vehicle for sale next year. Company CEO Paul Elio says the first sales will be to fleet customers, presumably to a rental company such as Zipcar, which would help them evaluate performance and reliability before filling the 50,000 customer orders they claim to have on the books. The Elio’s big selling point is penny-pinching; while the trike takes about 10 seconds to get to 60mph, its fuel economy combined with a target sticker price of $6,800 may make it a popular option for the financially conscious.

Good news for Range Rover fans - the Range Rover Sport SVR will get a much-needed power boost for 2017. Currently it makes do with a barely-adequate 550 horsepower. So it’s good that a 25 horse bump is in the cards, bringing it up to an almost-decent 575 from a supercharged 5-liter V8. You have our attention once again, Land Rover, and perhaps even our interest when we get a closer look at the SVR later this year.

Turning to gear, we have neat telemetry gadgetry for the motorcyclists among us. The Brain One is a total sensor package you mount to your bike to get all the performance info you could possibly need – nine-axial motion-sensor readings, GPS feedback, even temperature and barometric pressure. The Brain One even includes video editing tools for data overlays over your GoPro footage. In short – it’s probably a better data tool than you are a rider, but it can help you fix that. Check out the Brain One on Kickstarter.

In today’s ridiculous video, we have a ratty old grey Volvo pulling off monster drifts. It’s both some of the best road drifting we’ve seen in a while and the most Volvo thing we’ve seen maybe ever – there are pine trees in every shot. It looks like drifting through Vermont. We love it very much.

An even crazier NSX, a Tesla racing series, the Jeep Trailcat, a smart oven, and urban hooning.

A huge Rolls, Morgans in America, a well-tuned Mustang, electric legos, and snowmobiling in the city.

Porsche’s name games, a Brabus-tuned Mercedes-AMG, Zero Motorcycles goes electric (again), Franken-F100, and the perfect place to rest your head off the grid.