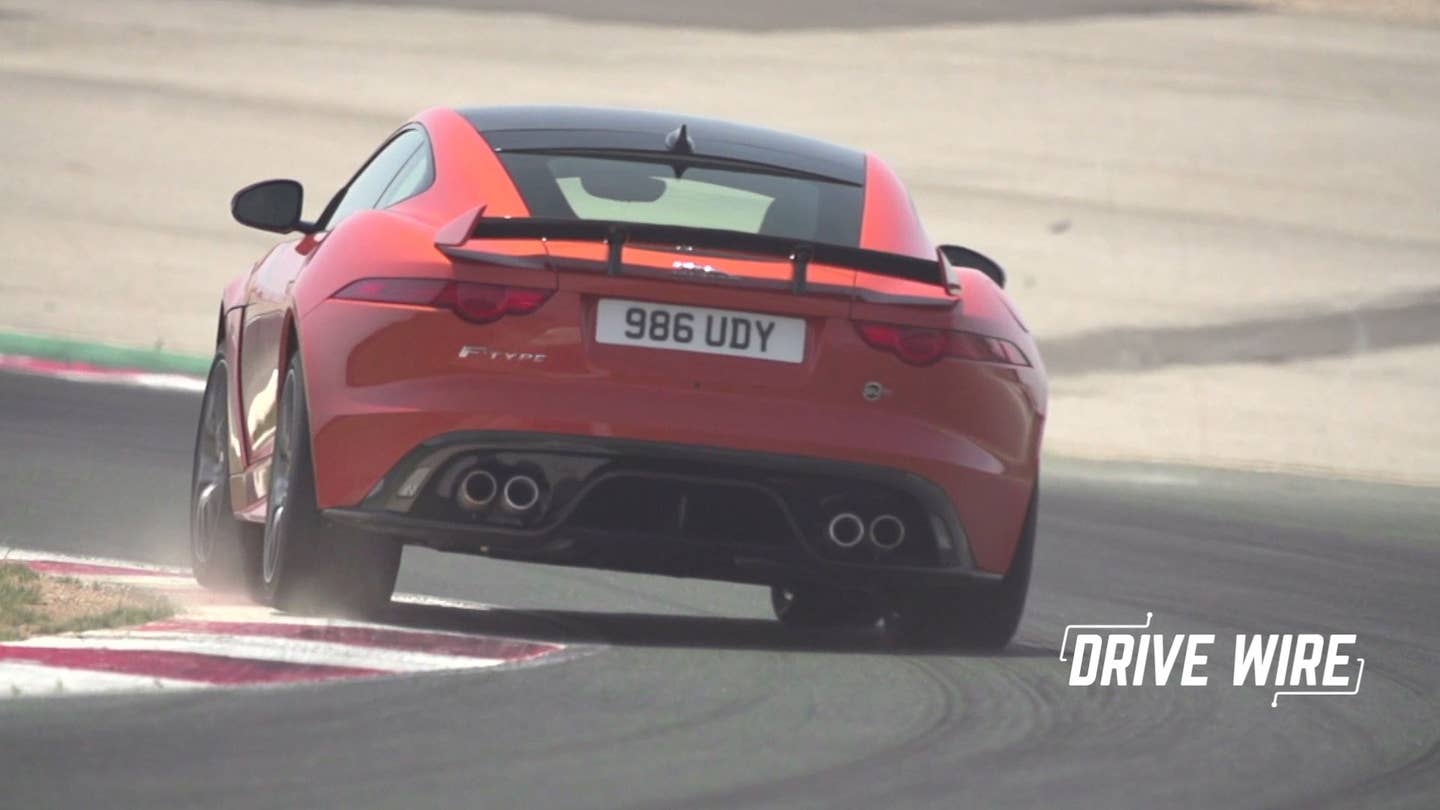 Hey guys, it’s Christina Thompson and this is a special weekend edition of Drive Wire.

News from Audi – we have spy shots of what we believe is the new Q5. It seems their popular SUV will retain its size but borrow a few cues from both the larger Q7 and the A4 sedan. When the Q5 arrives in showrooms next year, the base 2.0 liter turbo four will be putting out an increased 252 horsepower, running through a seven-speed dual-clutch s-tronic transmission. For those of you who want to combine performance with function, Audi is also planning to bring the RS line to the popular Q5.

If you want to spice up your new Corvette or Camaro purchase, we might have the option for you. You can now pick your new muscle car up at the Daytona International Speedway. The new program will include a tour of the track and documentation that certifies you picked up your Chevy on victory lane. Although Chevy hasn’t said what vehicles are included in the Daytona delivery program, we can only assume the carmaker will target cars worthy of the track. No price has been announced for the service, but Corvette delivery at the museum in bowling green is a $990 fee, so expect it to run about that.

In sexy badass news, jaguar has released new information on the T-Type SVR, their hotly-anticipated all-weather supercar. We can now say this aggressive Jag looks as good on paper as it does in photos. Power will be about 575 supercharged V8 horsepower and 500 pound-feet of torque from a 5-liter engine. Jag says that’s good for 3.5 seconds to 60, and up to 200 mph for the coupe. For those worried about the weight, prepare to be impressed – at around 3,760, it’s actually lighter than the all wheel drive model of the F-Type. Of course all modes are customizable, from shift points to torque vectoring to electric power steering settings. Prices start around $127,000 for the coupe. Ordering starts right now.

Today’s gear has a pick-me-up for you. The OXX Coffeeboxx is a ruggedized, portable single-cup coffeemaking system that goes with you everywhere. It carries enough water for ten cups of joe, has tie-downs to strap it inside your truck, and it takes popular coffee pods so it can be used by any Tom, Dick, and Harry. Get yours at OXX.com.

In today’s ridiculous video, we have drifting in the snow, which is always a graceful and peaceful dance, unless you’re using M1 Abrams tanks like these guys. Then it is loud, aggressive, unnatural and exactly what we want to do.