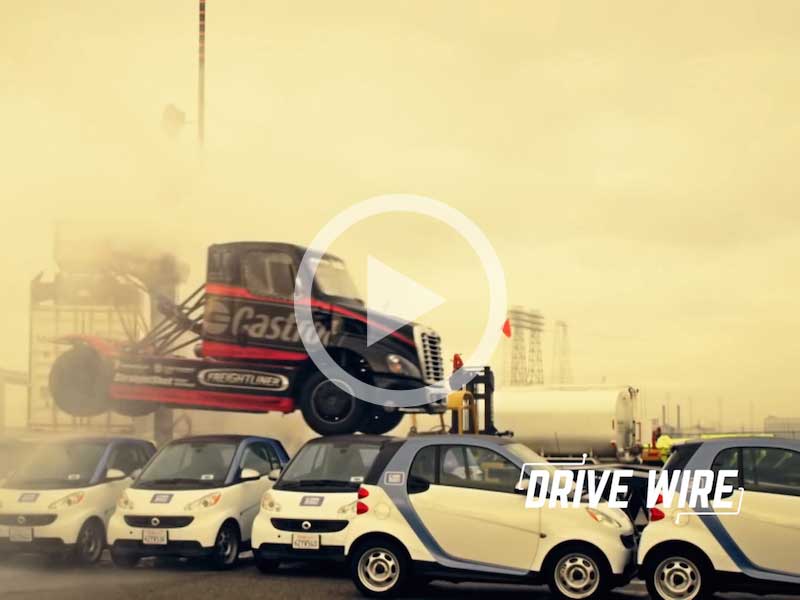 Big news for the automotive youth of America, the Scion brand is dead. Toyota has announced that Scion production would end this summer, with all remaining Scion models being rebadged as Toyotas, including the sporty FR-S coupe. In its short life, Scion was apparently successful in its goal of bringing in young customers, with an average buyer age of 36, by far the industry’s youngest. It was far less successful in being profitable, with sales falling off the table after the financial collapse of 2008. Toyota North America CEO Jim Lentz, who was a founding executive at Scion, said this was not a step backwards for Scion, but a leap forward for Toyota.

Hold on to your hats - we have spy shots of the new Mercedes C-63 AMG Cabriolet and it’s looking like a topless muscle bound freak, but in a good way. It’s expected as a 2017 model and will get more aggressive bodywork than the standard C-Class plus the bigger wheel and brake package you can see here. Of course the cabriolet will come with a twin-turbo 4-liter V8 with as much as 503 horsepower through a seven-speed transmission. If you’re in the hunt for a 500 horsepower convertible, and really who isn’t, the Cabriolet might be worth waiting for.

Mazda CX-5 owners beware: if you have a 2014 through 2016 model, a rear end collision may result in a fuel filler pipe leak. So far there have been no injuries, and we commend Mazda for filing this report themselves, unprompted, and for stopping sales of the CX-5 until the problem is cleared up. Still, fuel leaks appear to be a recurring issue for the sporty automaker. We love you Mazda but please get things under wraps.

In today’s gear pick, transform your boring house into an industrial yard with the Pandora cabinet from Sander Mulder. This modular storage system can give your spot the colorful chaotic patterns found on the docks. They come in scads of bold colors and useful sizes, even some with wheels, but don’t expect to pick these up on the cheap. These puppies start around $1300.

Today’s ridiculous video features an American semi going up against a Japanese import around a shipping port. Jam-packed with big jumps, tight drifts, and balancing acts, there’s something in this video for everyone. If only shipping ports were this exciting in real life.