In October, we reported on New York's first drone-testing corridor. By April, 18 UAVs will assist in law enforcement, traffic analysis, and emergencies. 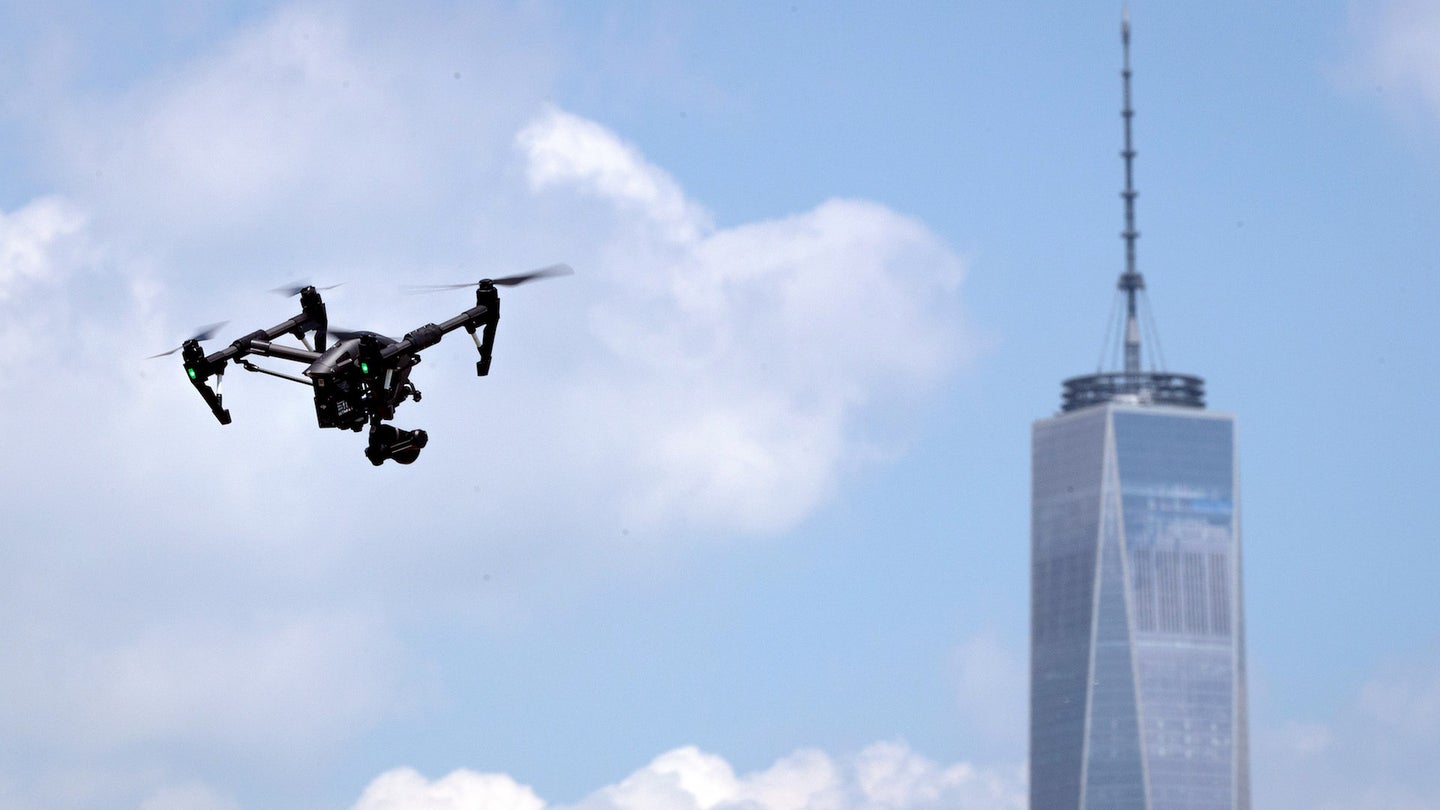 In October, we reported on NY Governor Cuomo’s efforts to establish a 50-mile drone-testing corridor over farmland in Rome, New York. With the ever-increasing market for both recreational and commercial drones, establishing a cohesive set of regulations and assessing any current pitfalls is a wise move. Already, we’ve seen firefighters benefit from unmanned aerial vehicles (UAVs) during blazes too hazardous to approach. Law enforcement all over the country seems keen on implementing UAVs into their day-to-day fight against crime. Just recently, the LAPD garnered a year-long contract to use drones as strategical tools in their work. Governor Cuomo’s drone-testing corridor may be leading to some tangible results sooner than many of us thought as a press release last week announced the deployment of up to 18 UAVs by April of 2018.

According to the press release, this new drone program will focus on assisting emergency response teams and maintaining public safety in 30 counties in New York state. Four of the 18 drones will be put to work this month, with the remaining 14 drones being added over the next three months. Governor Cuomo is adamant that UAVs will greatly aid law enforcement, traffic analysis, and first-response situations throughout the state. He said, “This state-of-the-art technology will improve emergency response, improve operational and cost efficiencies and increase Trooper safety. We will continue to implement innovative technologies to improve our ability to protect New Yorkers across this great state.”

As we all know, drones can be vastly effective in providing law enforcement officials with otherwise untenable vantage points, give first-responders a complete picture of the emergency site, and help analyze and improve traffic to maximize day to day efficiency. While some might be wary of the implications, here—police ramping up their fleet of flying, surveillance-capable robots—this seems like the logical next step, and could actually have a net-positive effect. At the very least, this infusion of UAVs is reportedly a cost-effective change and will save a few lives in between the two opposing sides and the arguments likely to ensue. According to the press release, officers piloting these UAVs will be FAA certified and complete 32 hours of training with all relevant systems and units.

George P. Beach II, State Police Superintendent, said, "The aerial drone systems we are deploying bring substantial benefits to our Troopers in the field, and are representative of our ongoing efforts to provide the tools they need to deliver outstanding service to the public. I want to thank Governor Cuomo and the Trooper Foundation for their continued support of the State Police."

Personally, the risk-benefit analysis remains the same. As technology grows, and crime-methods and counter-surveillance grow with it, local police forces would be insane not to keep up with the modern world. Arming police forces across the country with fleets of drones was never my vision of an ideal America, but in hindsight, it does seem inevitable. What should be done, at all costs, is to keep people accountable for their actions. If these drones are intended to fight crime and improve the lives of our citizenry—let's make sure they do so.