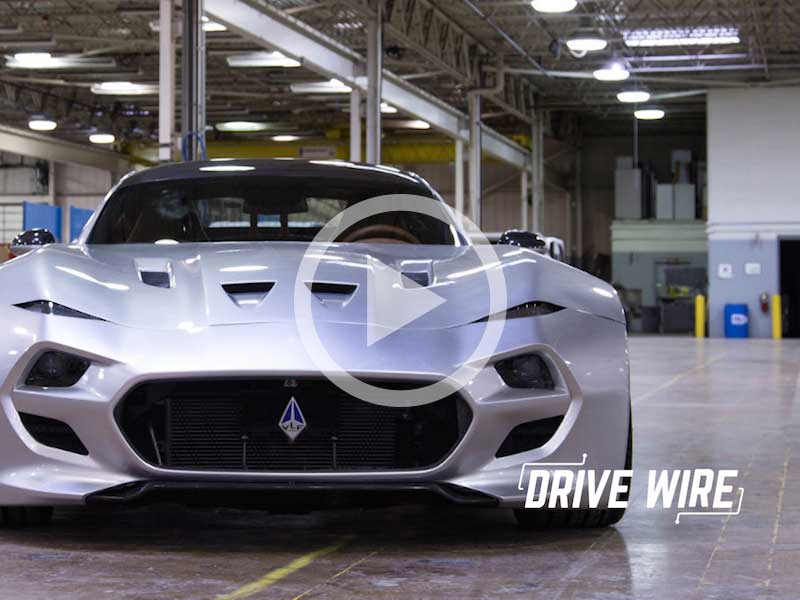 Hendrik Fisker’s VLF Force 1 took its first public bows at the Detroit Auto Show. The Force 1 is a collaboration between designer Henrik Fisker and super-executive Bob Lutz. Based mechanically on the Dodge Viper, it features a 745-horsepower, 8.4 liter version of the Viper’s V-10 and a completely carbon-fiber body. The Force 1 will be capable of hitting a 218 mph top speed and a respectable 3-second 0-60 time. It’s also the subject of a lawsuit between Fisker and Aston Martin, which says it looks like the DB10 coupe from Spectre. We just think it looks insane, right down to the—no kidding—champagne holder.