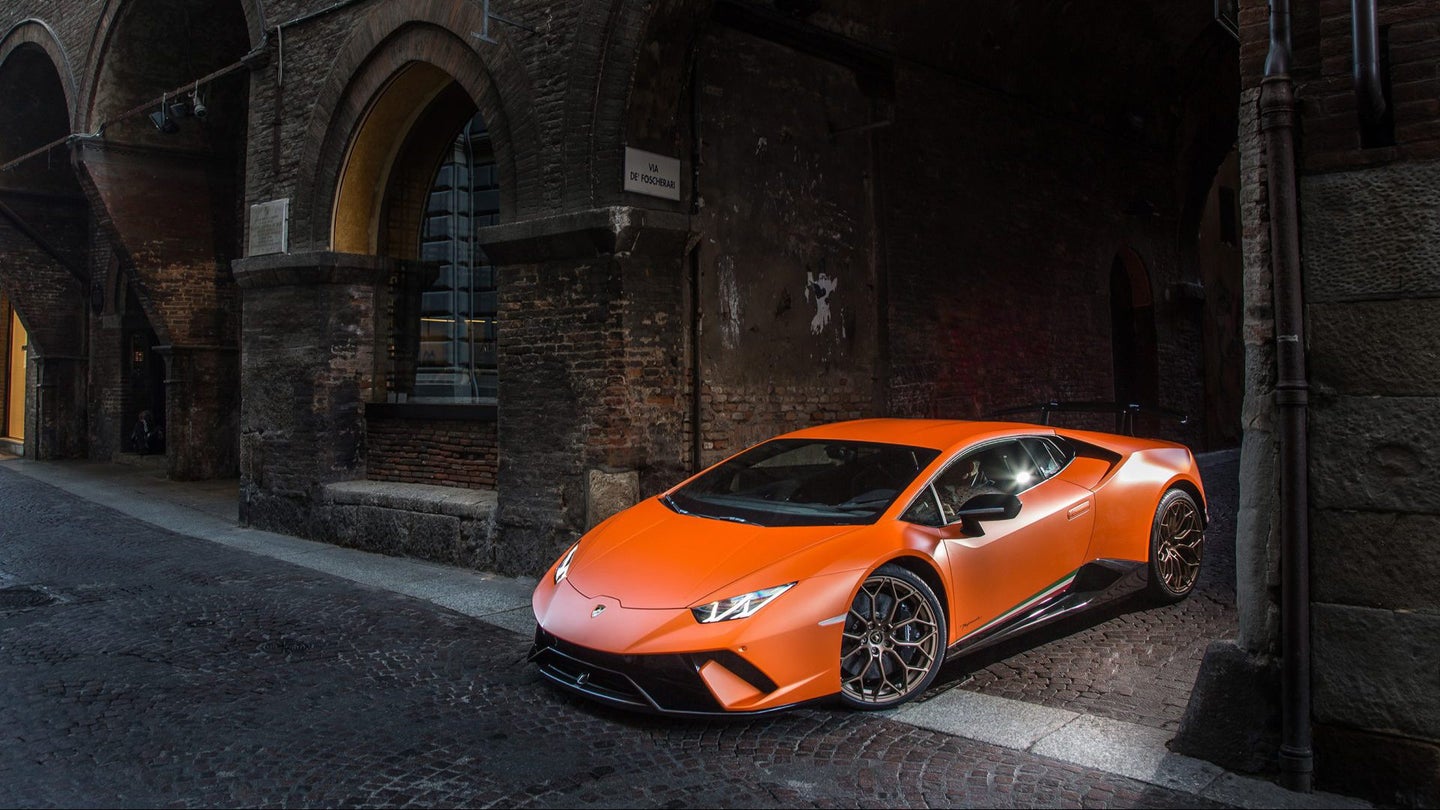 Before its hybrid replacement drops in 2022, the Lamborghini Huracán may be getting some substantial improvements for its 2019 refresh if a report by Car and Driver is to be believed.

Apparently, the baby Lambo is slated to receive rear-wheel steering and a 48-volt "mild hybrid" system, which frankly isn't surprising considering both technologies have already been featured in other Lambo and Volkswagen Group products. Seen in the firm's Aventador S, rear-wheel steering simultaneously makes the big Italian supercar easier to maneuver at low speeds and more stable at high speeds while the 48-volt, electrical assistance system has already been working its magic in stuff like the new Audi RS5 and A8.

Car and Driver says that the hybrid system here will be configured in the name of even greater speed rather than fuel-sipping efficiency as a source tells the publication that the 5.2-liter V-10 that's graced Sant'Agata's entry models since the Gallardo days is "reaching its limit" on the power front.

Furthermore, Lamborghini is also reportedly mulling over a hardcore, stripped-out GT3 Huracán that would usurp the supreme, 631-horsepower Performante and do battle with the Porsche 911 GT2 RS—a car that swiped the Nürburgring production car lap record away from the Huracán Performante back in September.

In any case, the refreshed Lamborghini Huracán should bow in either late 2018 or early 2019. Whether or not Pope Francis already has his order in is currently unclear.