The motorcycle company introduces a line of weatherproof apparel embroidered with patches in honor of the milestone. 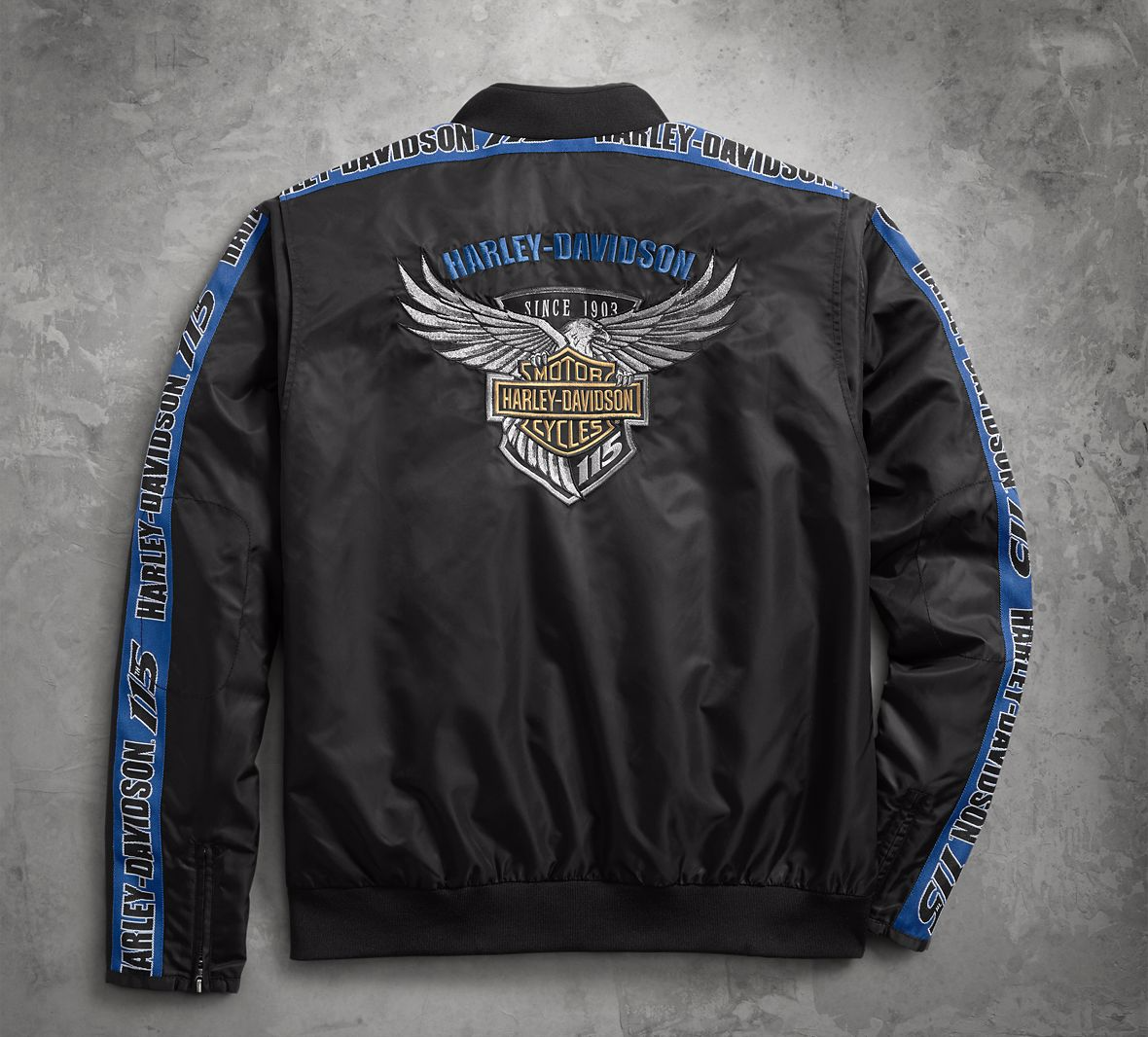 For more than a century, Harley Davidson has sold leather jackets, t-shirts, boots for the practical biker under its MotorClothes brand. In addition to these classic pieces, Harley has launched a line of weatherproof apparel for the fall.

A windproof, abrasion-resistant hoodie, a convertible puffer jacket, and a nylon black bomber jacket with tiny pockets for hand warmers are a few options to help riders keep warm as the temperature drops. For those who don't want to make as big a deal of their fondness of the brand, they can choose a Polartec fleece neck tube or a reversible knit hat.

The rest of the line includes (seemingly higher-brow) blue and white polo shirts, plus the expected t-shirts, helmets and leatherwear complete with the above accouterments.

Harley Davidson began in Milwaukee in 1903, when William S. Harley and Arthur Davidson built a motorcycle and sold it to their friend Henry Meyer. In 1912, the men created their first piece of clothing—a wool jersey with a snap-button collar and appliqued letters across the chest. Harley Davidson motorcycles and clothing continue to be produced in Milwaukee today.

Schott established itself as a fashion brand by producing leather jackets for Debbie Harry and the Sex Pistols, and more recently, by collaborating with hip brands like Stussy and Maje.

Harley Davidson produces its own leather biker jackets in brown and black, embossed with its signature logo, while Schott offers colorful and custom designs, along with its original "Perfecto" style.

Harley Davidson's "general merchandise" accounted for $55,836 in the first quarter of 2017, not a huge chunk of its $1.5 billion in revenue that quarter. And while loyal Harley riders might buy into the celebratory line of merchandise, the company faces fierce competition from the likes of Polaris brand Indian and others, and struggles to keep its hands on 50-plus percent of the motorcycle market share.