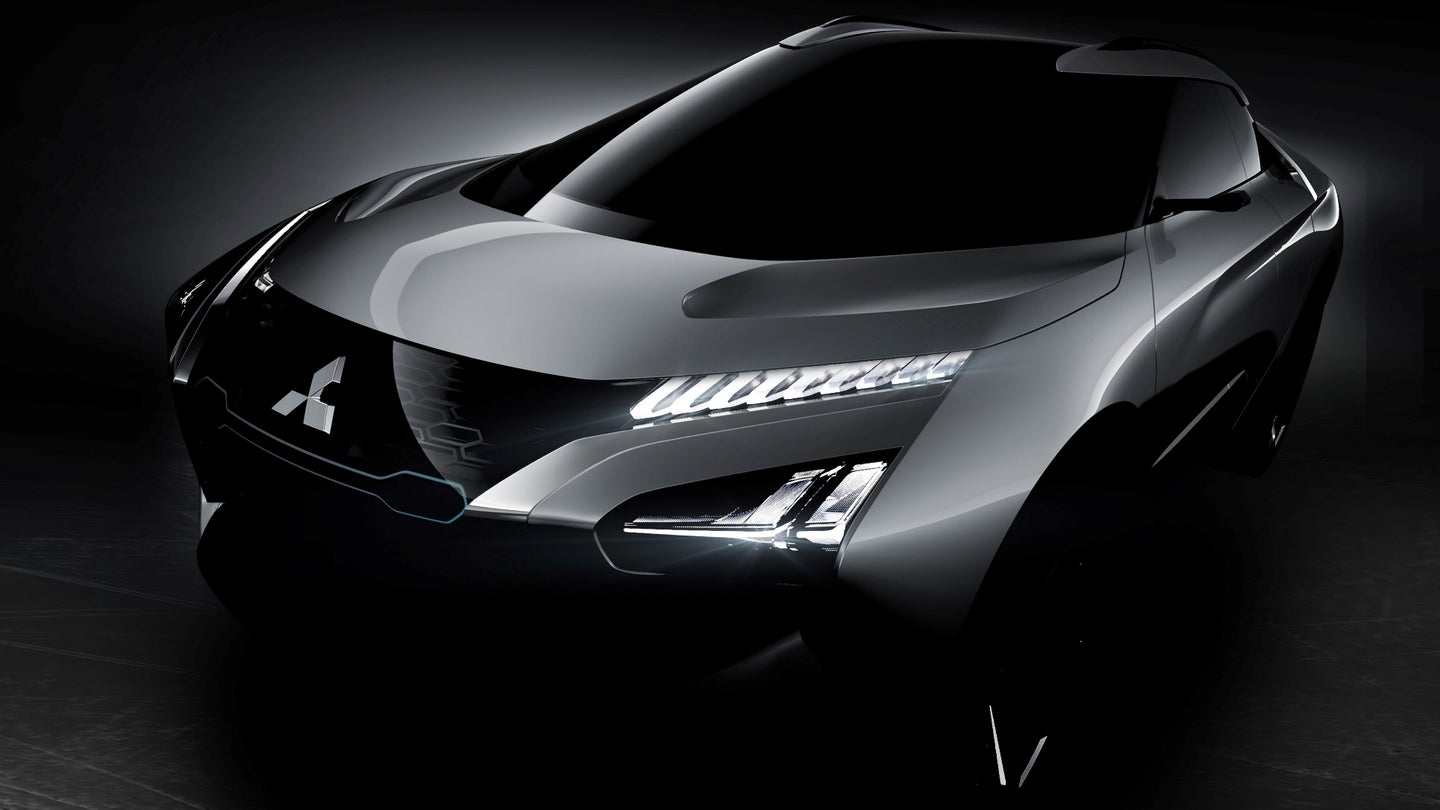 Mitsubishi has previewed a radical crossover concept it’s bringing to the Tokyo Motor Show later this month. It’s called the Mitsubishi e-Evolution concept and it’s a very smart EV. The Japanese automaker has established it has no intention to bring the e-Evolution to production, but it showcases technology that could come to market as soon as 2020.

The Mitsubishi e-Evolution is four wheel drive, powered by one electric motor in front and two electric motors in back. The idea is to deliver high torque to all four wheels to give this crossover the flexibility and capability that a gas-powered, four-wheel-drive SUV can offer.

The real star of the show in this concept is the artificial intelligence baked into it. The e-Evolution has an AI personal assistant to improve the experience for the driver and make the car safer. It scans the road via sensors and learns your driving habits and skill level to coach you on the road. It can actually talk to you and give you advice on how you can make adjustments to improve your driving. And you thought being told what to do by a navigation system was annoying.

Along with being a driving assistant, the AI in the e-Evolution is also voice enabled to control just about everything from the climate to the windshield wipers. It would kind of work like personal home assistants like Google's Assistant or Amazon’s Alexa. It’s also enabled with vehicle-to-vehicle communication tech which is already in its early stages of commercial availability.

The e-Evolution name is obviously a throwback to the recently defunct Mitsubishi Lancer Evolution performance car, but this concept has very little in common with the old Evo. It has a cutting-edge, high-tech look that we doubt will resemble any real car in the near future, but it could give us a hint about the future design language at Mitsubishi.

And for now, there’s nothing—aside from a Subaru WRX STI or a Ford Focus RS—that could fill the void.