Tim McCrory decided that helping people in need was more important than keeping his job. 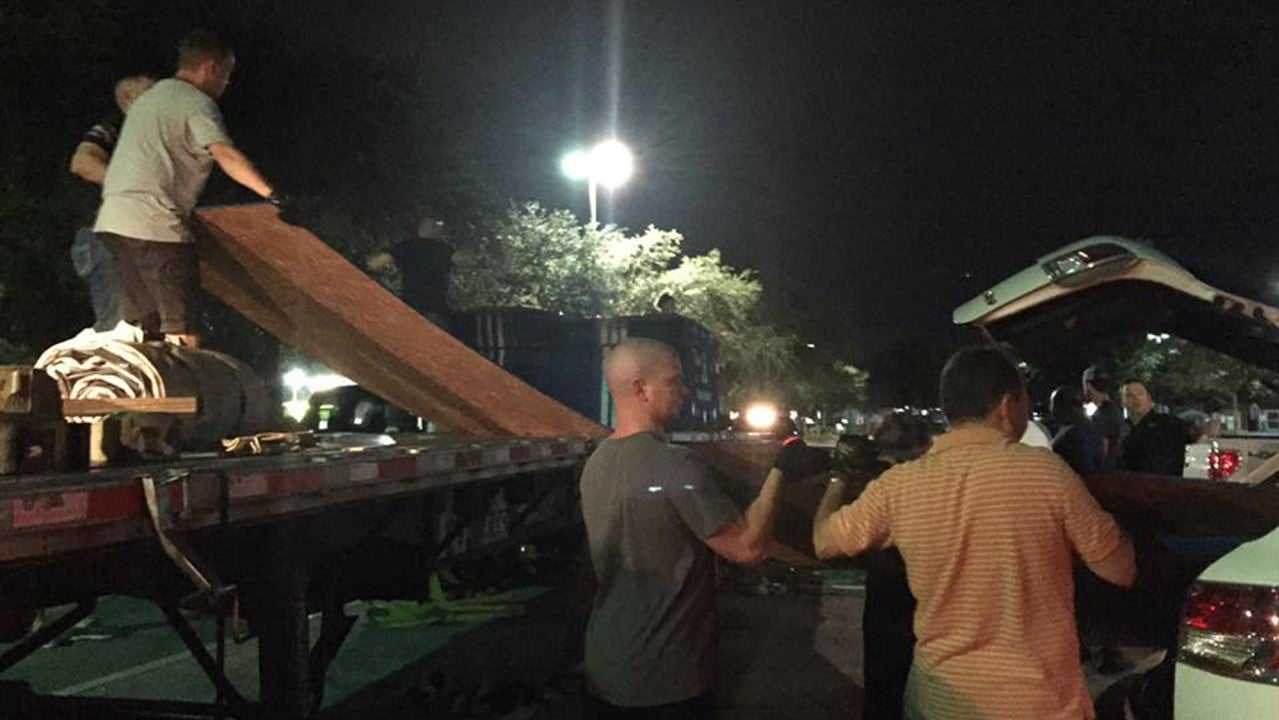 What was good news for people in Hurricane Irma’s path ended up being bad news for truck driver Tim McCrory. His generous gesture of giving away a load of plywood he was hauling for Home Depot to potential hurricane victims in need was apparently a bit too generous for his employer and it cost McCrory his job.

According to Inside Edition, McCrory was hauling 960 pieces of plywood to Home Depot in Zephyrhills, Florida for Nashville-based transportation company Western Express last Friday. McCrory was driving one of the only vehicles going southbound on Interstate 95 while everyone else was driving north to get away from Irma.

McCrory’s truck blew a tire on Interstate 95 and it took seven hours to get it fixed. By the time he got his load of plywood to Home Depot, it was 9 pm and he had missed the scheduled delivery appointment. Also, the store was closed and boarded up in preparation for the storm. The Home Depot night manager spoke to McCrory and told him to come back for delivery on Tuesday.

McCrory called his dispatcher, relayed this information, and was told to bring the load to Atlanta for the time being. McCrory decided to get some sleep before braving Interstate 95 north with what must have been horrible traffic trying to get out of Florida.

While McCrory was sleeping in the Home Depot parking lot, a police officer knocked on his door to ask him what was going on. McCrory explained the situation to the cop and the officer strongly advised against even trying to go to Atlanta and suggested giving away the plywood to people who need it to board up their homes.

That night starting at around 2:30 am, McCrory and about 20 police officers began unloading the plywood as a line of cars formed to come get it. McCrory told Inside Edition that about 150 homes were helped by his load of plywood.

McCrory also told Inside Edition that he was fired for giving the plywood away. “They said it wasn’t mine to give away,” McCrory said. “I was just being an American. And I was trying to be a good American.” However, a statement from Western Express CEO specifically states that McCrory was not fired and the company has been trying to contact him about coming back to work.

"We understand what was probably going through his mind during these extraordinary circumstances, which is why we did not fire him and have no plans to do so,” Western Express CEO Paul Wieck said in the statement. “Ideally, he would have let us know he was giving away the plywood, but we understand he was trying to do the right thing, and we’d welcome him back on our team. I’ve personally tried to contact him several times over the last few days, but have not been able to reach him.” The statement added that “the companies involved are happy to donate the plywood.” You can read the full statement on the Western Express website.

Either way, this generous act was a blessing to a lot of people who needed it.