This 101-Year-Old Man Still Rides his Moped Every Day

We should all hope to be as cool as this guy when we’re more than a century old. 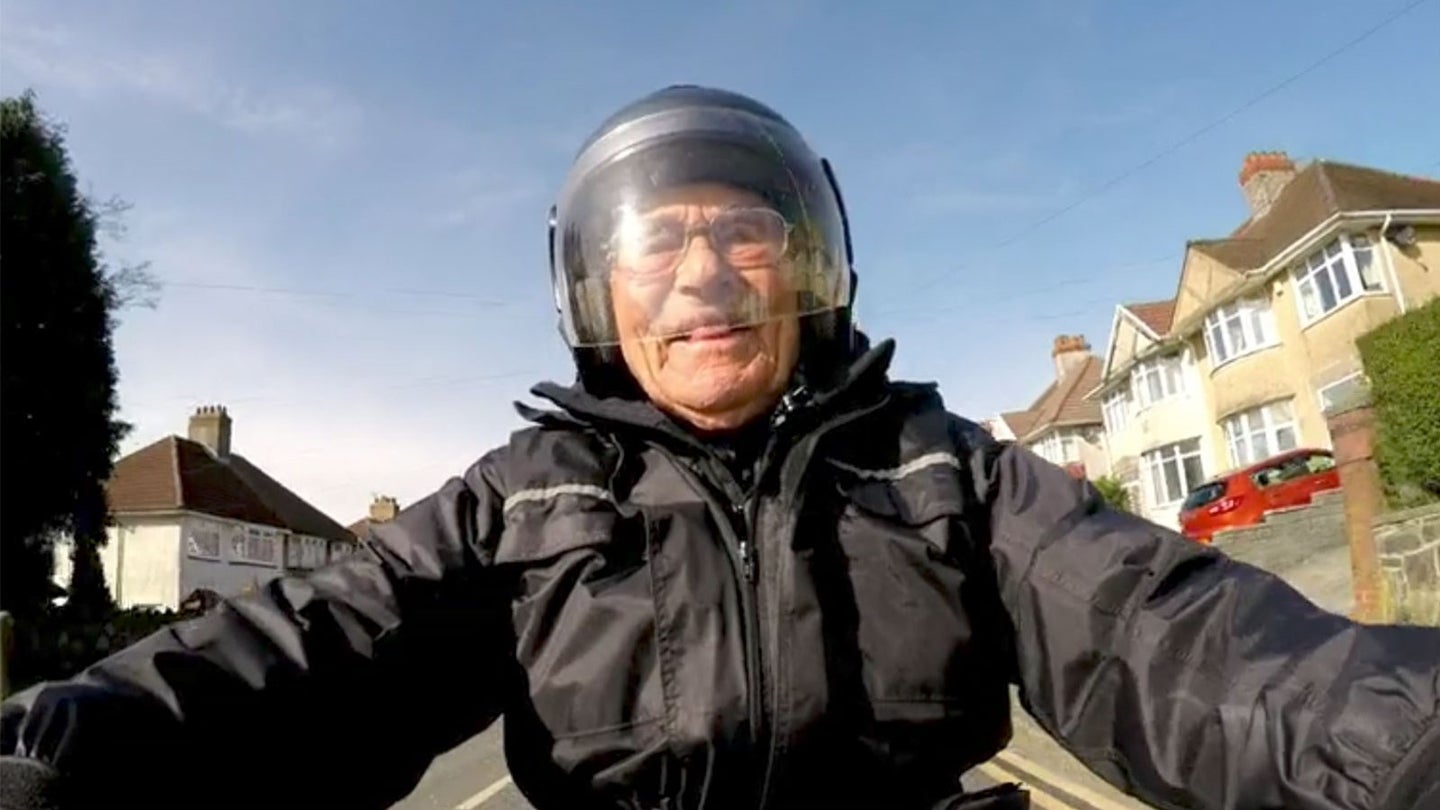 British television network ITV is airing a three-part documentary series called 100 Year Old Driving School in which drivers at or near 100 years old are critiqued by driving instructors from the Royal Society for the Prevention of Accidents to see if these elderly folks can still drive safely and competently on public roads.

This may sound like a dangerous experiment...and it kind of is, but one gentleman who caught our eye is a 101-year-old fellow named Jock with 90 years of riding experience and drives a Yamaha moped daily.

“If the examiner says ‘no, you’re not safe,’ my first instinct would be to say ‘get stuffed and mind your own business, I’m going to carry on,” Jock said in the documentary according to Motorcycle News. “But I am so considerate to other people and their opinions, that I would take it on board and think very seriously if I should be driving.”

To find out if Jock is indeed still sharp and nimble enough to ride, he was assessed by a 28-year-old named Andrew Hodson. Hodson took Jock around a basic assessment course and Jock did well enough to pass the test. His few mistakes included forgetting to turn off his turn signal and stopping in a “keep clear” area on the road. You can see his road test here on Motorcycle News. Luckily, Jock did not have to tell his instructor to “get stuffed.”

Do you trust century-old riders on two wheels? Let us know in the comments below.

The Old Man and the V: ‘I was all giggly, until I threw up.’

‘V’ as in ‘victory,’ as John Force’s losing streak comes to an end.