One part Ferrari and two parts McLaren, shaken, with a splash of Lamborghini. 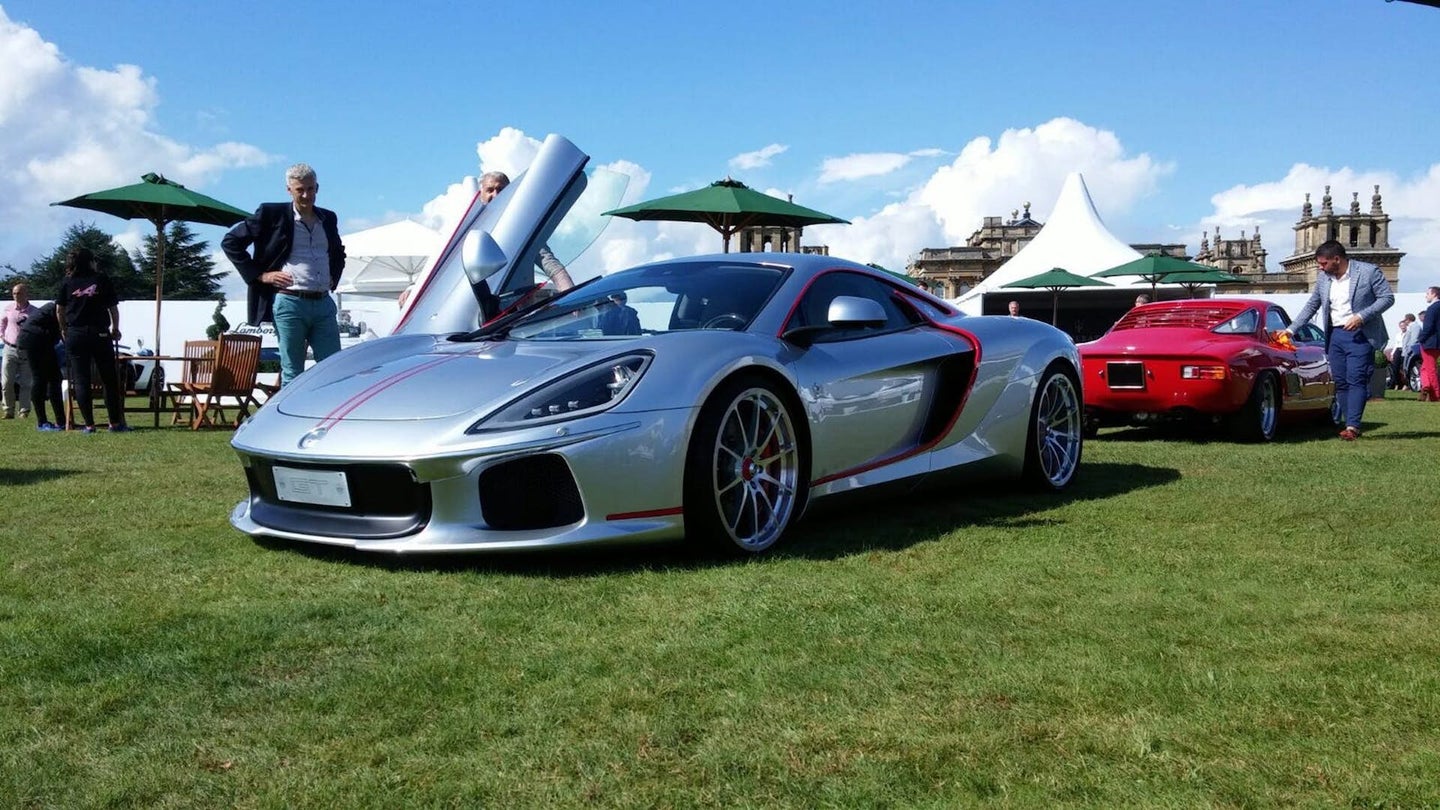 Italian supercar designer Automobili Turismo e Sport (ATS) has been hard at work building and perfecting its own exotic sports car to take on the likes of Ferrari. It made its first attempt in 2014 with a modern homage to the 1963 2500 GT, but that never quite got off the ground. Now the company is back with the ATS GT, which officially debuted on August 31st at the U.K.'s Salon Privé Concours d'Elegance, sitting proudly alongside a classic 2500 GT. It's unlikely that the ATS GT has the chops to defeat the big Italian marques, but it certainly ticks all the right boxes.

If you think ATS's new supercar looks like a cross between a McLaren and Ferrari, well, there's a good reason you think that. According to Motor Authority, the GT takes some of its design elements from the Prancing Horse and is rumored to feature a chassis and carbon fiber bits straight from a McLaren.

ATS's flagship performance car lives up to its "GT" name, with an interior swathed in Alcantara, also featuring a cutting-edge infotainment system and digital instrument cluster. It may be built for the track, but ATS spared no expense when optimizing its comfort level.

The ATS GT's twin-turbocharged 3.8-liter V8 and seven-speed dual-clutch transmission are old news, as they clearly seem to come from the McLaren lineup; but ATS has now confirmed that the base model will make 650 horsepower and 500 lb-ft of torque, with an optional upgrade bumping the power to 700 horses. The 2,866-pound GT's top speed is said to be over 206 miles per hour, with a 488 GTB-rivaling 0-60 time of 3.0 seconds. Carbon-ceramic brakes and a limited-slip differential come standard, of course.

ATS initially only plans to build 12 cars and reports say that the car will cost a cool £1 million ($1.3 million), so we doubt the GT will see much success outside of a collector's garage.