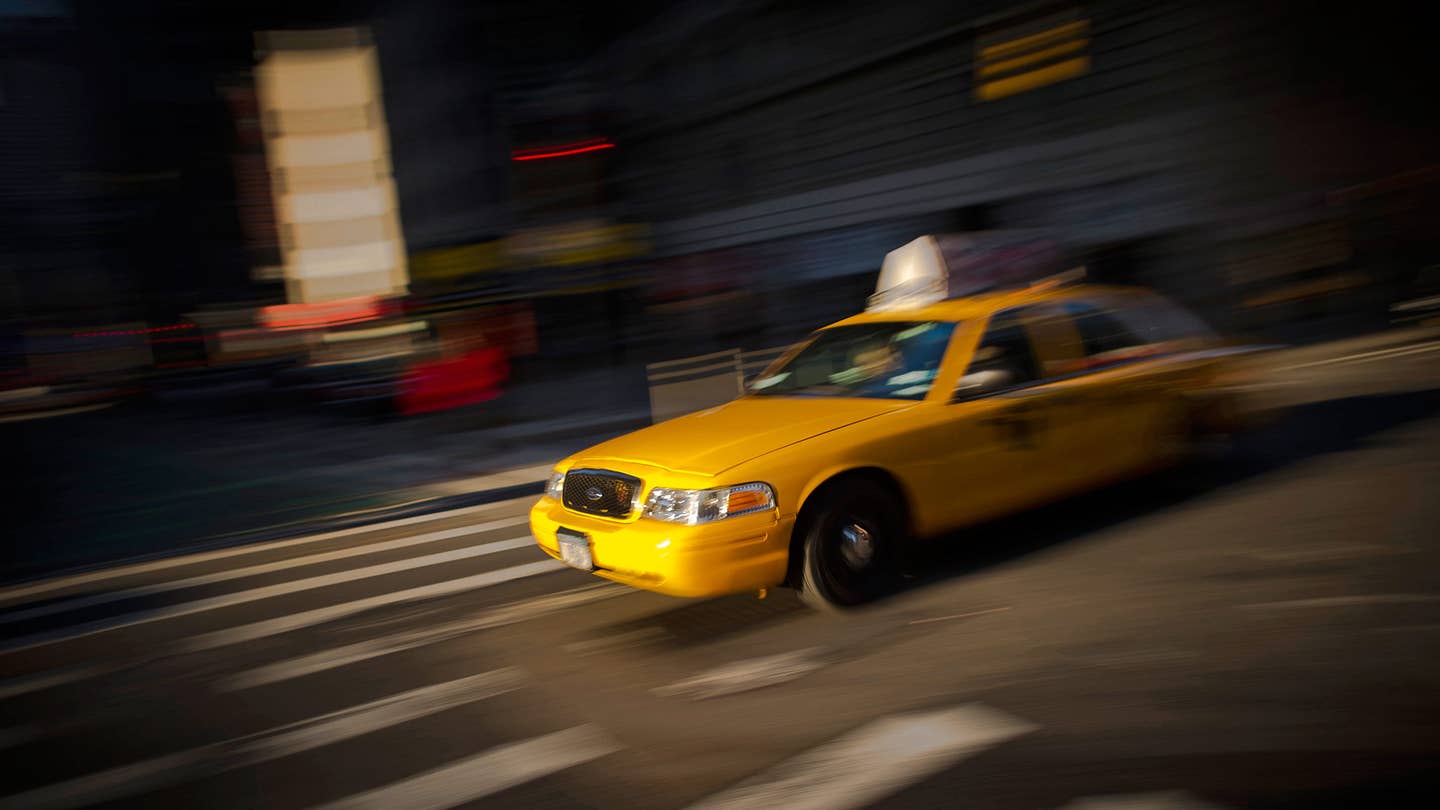 The New York City Taxi and Limousine Commission maintains a list of what it calls “hackable” vehicles. That is, cars it has approved to become New York City taxis. And right now, there’s not a single sedan on the list. A Lexus hybrid luxury SUV? Yes. A Toyota Prius station wagon? Yes. An elegant saloon car with an enclosed trunk? Nay, travelers of New York. It’s CUVs, vans and econo-hatchbacks from here on out. No more tossing oneself down into the quiet rear seat of a sedan, and lurking behind the thick anonymity of a C-pillar. The days of riding in separate compartment from one’s luggage have ended. You, sir, are just another duffel.

This is sad for the cityscape. While vehicles like Jaguar’s new F-Pace SUV prove that style and panache can exist on any platform, truck, hybrid or otherwise, the roster of vans, trucklets and hybrids that the Taxi and Limousine Commission is no line of beauty queens. There’s no romance in the lines of the Toyota Sienna. The exhaust note of the Nissan NV200 has no V8 menace or murmur—just whine. Initiating appropriate intimacy after an evening of drinks in the back seat of a Toyota Highlander Hybrid seems like making out in your mom’s car.

To mourn, to scroll through our proverbial ex’s Instagram, let’s look at what we’ll soon miss. This is a 2014 Chevrolet Impala taxi, the ancestor of such livery greats as Chevy Caprices of the Eighties and Nineties, or the magnificent 1968 Chevy Biscayne. The current Impala, after years as an anonymous, psuedo-Taurus jellybean, is muscular and handsome. Its strong prow was made to intimidate other city drivers, and the Impala’s sculpted flanks look perfect when riding over taxi-spec black steelies. In size and profile, it’s a ringer for the long, low and wide sedans that ferried folks around the Big Apple—and across movie screens—for decades.

One caveat: while the T&LC maintains a list of allowed cars, it does endorse additional vehicles that conform to its rules and regulations. Still, those rules and regulations are getting ever narrower, with a move toward more spacious, efficient and accessible vehicles. That’s effectively a mandate for hybrids and vans. It’s probably best to go out and flag an Impala while you still can.

“To Grand Central! And make it… sexy?”