100-Wheeled Truck Is On The Move Again In Rhode Island

The 100-wheeled truck with its 280-ton load is finally on the way to its destination again. 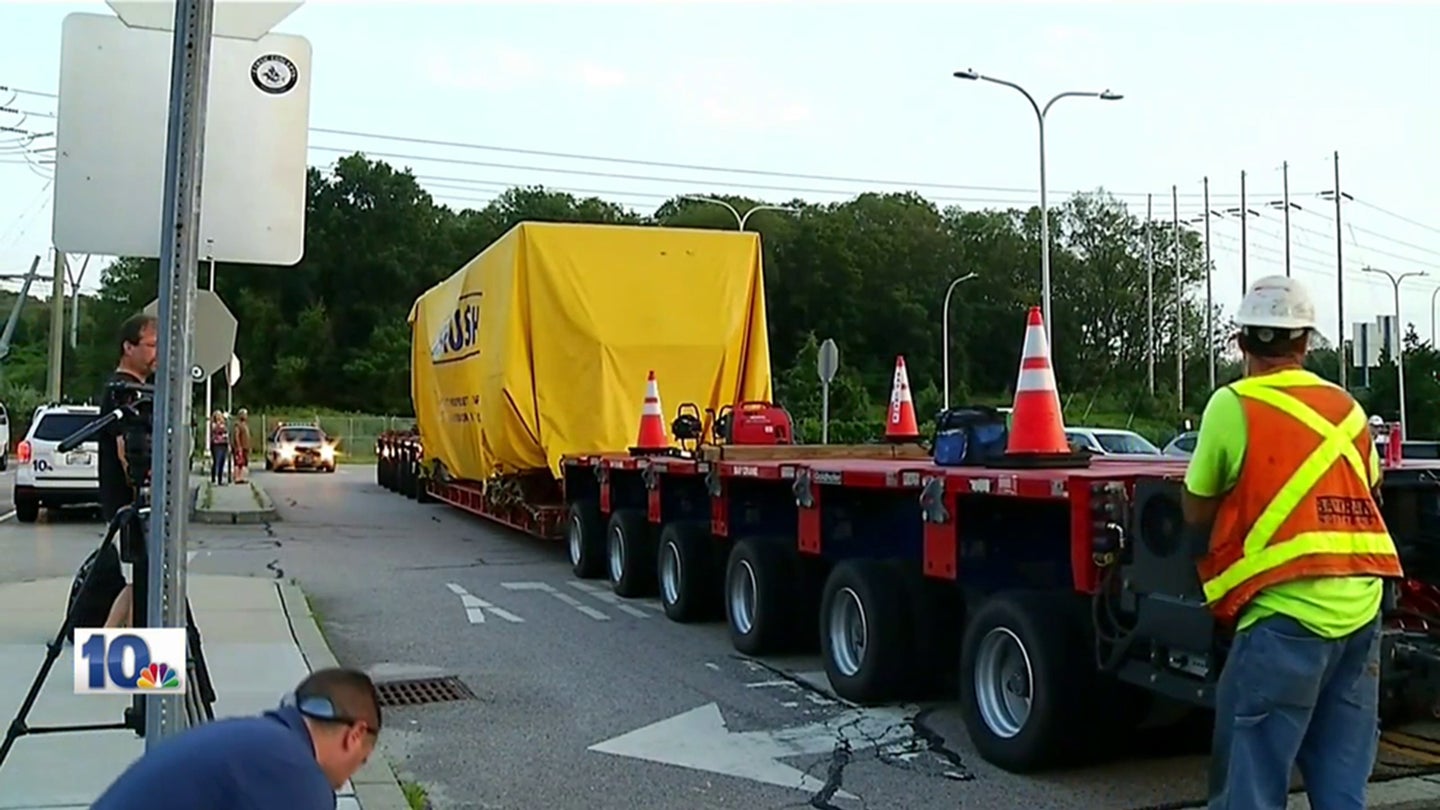 WJAR is reporting that the 100-wheeled truck hauling a 560,000-pound generator that had been black-flagged in Rhode Island is underway once more. Two weeks ago, the Rhode Island Department of Transportation (RIDOT) pulled the truck over on I-95. Bay Crane, the company in charge of the move had not gotten the proper permits for such an oversized load. State officials feared that the weight of the truck would likely lead to a bridge collapse.

The RIDOT says that the maximum load permitted on state roads is 80,000 pounds. The 280-ton generator is more than a little over that limit. Rhode Island is said to have the worst infrastructure of any state, with most of the state's bridges in need of repair.

The truck and its cargo sat on the side on I-95 for a few days before it was moved off the interstate to a park-and-ride lot while a solution was worked out. A deal was worked out last Friday to get the truck moving again. Bay Crane was unhappy with the terms and had the truck remain in the lot through the weekend while the terms were revisited.

The route will still take the truck over as many 51 bridges, which will be inspected afterward. The truck's final destination is Medway, Massachusetts. Ironically, Massachusetts is said to have the second worse infrastructure of all 50 states.

This trash hauling crew learns that there is no avoiding the long arm of the law of physics.